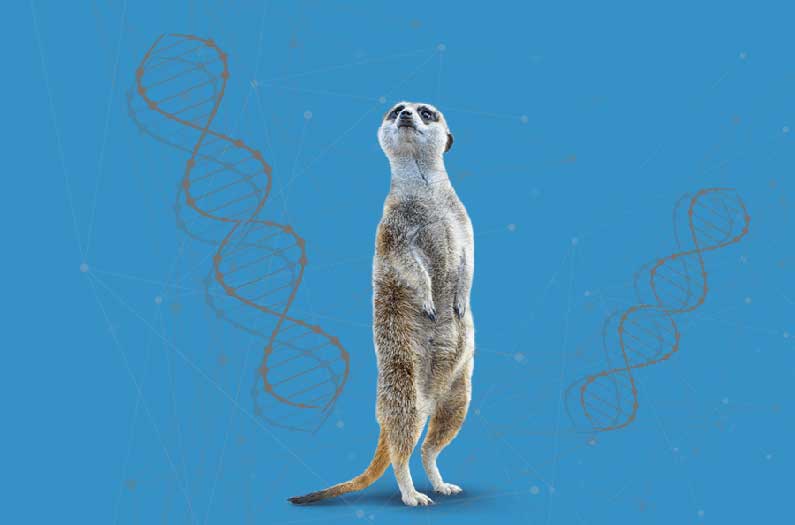 Scientists wielding DNA "vacuums" could sniff out animals living nearby - even hundreds of meters away. The development raises the possibility of tracking biodiversity through DNA floating in the air.
By Warren Cornwall
January 12, 2022

The air is a smorgasbord of smells and flavors for those equipped to appreciate it. Lizards can sense nearby prey with the flick of a tongue. Dogs can discern everything from illegal drugs to whale poop. Now, scientists are using technology to sniff out which creatures are living nearby.

Several teams of European scientists in recent weeks have reported success detecting the presence of dozens of animals and insects by capturing their DNA as it wafts through the air. The achievement offers the tantalizing prospect of tracking organisms by simply taking a sip of air back to the lab.

“Air sampling could revolutionize terrestrial biomonitoring and provide new opportunities to track the composition of animal communities as well as detect invasion of non-native species,” said Elizabeth Clare, a molecular ecologist at York University in Canada, who led an experiment in the United Kingdom (UK).

Over the last decade, scientists have detected DNA from animals and insects deposited in the water, on flowers, in soil, and even in honey. The science around aquatic environmental DNA – or eDNA, as it’s commonly known – has matured to the point that regulators in the UK allow its use to check for endangered great crested newts.

But some doubted whether it would work reliably with air. There were questions of whether fragments big enough to carry useable DNA would float in the air in high enough concentrations, said Kristine Bohmann, a molecular ecologist at the University of Copenhagen, who led a separate project by Danish scientists.

The two teams of researchers hit on very similar ways to test the potential for airborne eDNA, despite not knowing of the other group’s plans. In both cases, they developed high-tech vacuums designed to suck up and filter substances floating in the air, including DNA that might be bound in tiny bits of skin, hair, saliva or feces. Then, they visited a nearby zoo, collected samples, and compared what they found to DNA databases of known species, much like forensic scientists looking for a match to DNA found at a crime scene.

In the UK, the scientists found airborne DNA from 25 species of mammals and birds at the Hamerton Zoological Park near Cambridge. That included 17 captive species, species that show up as food for the zoo animals (cow, horse, pig and chicken), and several wild animals known to frequent the area (duck, squirrel). They even turned up DNA from the European hedgehog, an endangered species in the UK that is not kept at the zoo, according to the study published in Current Biology on Jan. 6.

Across the North Sea in Denmark, Bohmann’s group picked up DNA from 49 different species at the Copenhagen Zoo, again a mix of creatures in zoo displays, wild animals and animals that were likely in the food, according to results in Currently Biology published at the same time. They captured signals from animals as big as a rhinoceros and as tiny as a 22-gram Javan sparrow.

In both studies, the amount of DNA increased for species near the spot where air was sampled. But some animals were detected from far away – 245 meters in the case of meerkats at the Hamerton Zoo.

“We were astonished when we saw the results,” says Bohmann. “We did not think that vacuuming animal DNA from air would work.”

In addition to the uncertainty over finding enough intact DNA, Bohmann said they had to ensure the samples weren’t contaminated. They created a special laboratory for processing the samples, modeled after ones used to test DNA in ancient materials. They tested air in the lab to see if similar patterns showed up in samples from the zoo, a sign of contamination. The precautions appear to have worked.

At a time when the world is gripped with a tsunami of extinctions and scientists are warning about a crisis of decreasing biodiversity, airborne eDNA holds promise as a way to better monitor how land-based creatures are faring or if endangered species are living somewhere, said Clare. Such work today is often infrequent or covers limited terrain, relying on nets, cameras, binoculars and lots of researchers.

While the work is promising, it’s not ready for prime time, nor is it about to replace grueling field work. New research in Sweden points to the possibilities, but also the limitations. Scientists at Lund University reported for the first time using air samples to find the DNA of insects in the wild – 85 different kinds at three different spots in southern Sweden. The results were announced in December at a British Ecological Society conference and in a paper on a website where scientists share results that have yet to be peer-reviewed. But the air-testing method only found 9 moth species at a site where 48 moth species were caught using a conventional trap, and five species compared to 36 at another site where people walked through an area scanning for bees and butterflies.

“One of the first challenges will be to optimize sampling and molecular methods to increase sensitivity and achieve more reliable detection,” said Fabian Roger, an ecologist who led the work. “Just because it doesn’t work perfectly out-of-the box doesn’t mean it won’t work ever and the potential is huge.”