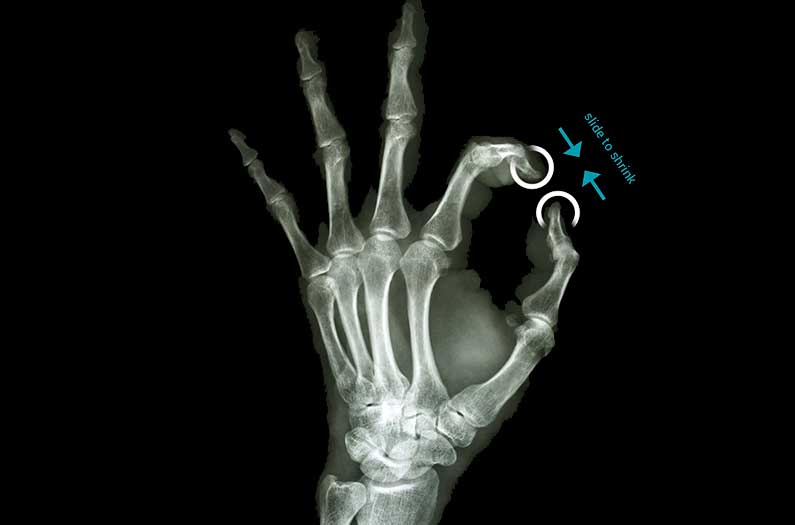 A small but growing group of researchers and physicians are working to quantify the environmental impact of healthcare—and to reduce that impact without compromising patient care.

One of the most instantly recognizable emblems of the past pandemic year is the discarded surgical mask: ground into mud at the edge of a walking path, caught in the branches of a tree, tangled around a seabird’s legs. Thanks to the pandemic, the waste and disposability associated with modern healthcare are more visible to the public than ever before.

In fact, the healthcare system is responsible for an estimated 1 to 5 percent of all environmental impacts from human activities worldwide. Healthcare accounts for an average of 5.5 percent of carbon emissions in China, India, and the 37 market economies in the Organization for Economic Co-operation and Development, according to a 2019 analysis. The same analysis estimated that healthcare in those countries amounts to 4.4 percent of global emissions overall—more than aviation or shipping.

“Health care makes massive contributions to pollution, not just carbon emissions but air pollution and other forms of environmental pollution as well, which have knock-on health effects that we need to do our best to minimize,” says Alex Wilkinson, a respiratory physician with East and North Hertfordshire NHS Trust in the UK.

Wilkinson is part of a small but growing group of researchers and physicians working to quantify and draw attention to the environmental impact of healthcare—and to reduce that impact without compromising patient care.

But researchers have also identified a few areas of medicine that have a disproportionate climate and environmental impact. “The carbon footprint of inhalers is a hotspot for greenhouse gas emissions within health care,” Wilkinson says.

Propellants in metered-dose inhalers (MDIs) used to treat respiratory conditions such as asthma and chronic obstructive pulmonary disease are powerful greenhouse gases. Growing awareness of this problem has spurred pharmaceutical companies to develop future MDIs that will have a climate impact an order of magnitude smaller than current options. But other types of inhalers already on the market, such as dry powder inhalers (DPIs), can also reduce emissions. In a 2019 analysis, Wilkinson and his collaborators showed that every 10 percent of prescriptions switched from MDI to DPI in England would save the equivalent of the annual emissions from 12,500 passenger cars.

Such climate-friendly switches can also improve people’s health. Wilkinson and his colleagues analyzed data from a clinical trial of a new DPI containing two asthma drugs—one that yields better control of asthma compared to standard medication regimens. Wilkinson’s team revealed that the new inhaler also shrinks the carbon footprint of asthma care by the equivalent of 141 kilograms of CO2 annually. He argues that the environmental impact of new treatments should be evaluated in clinical trials just as their health benefits are today. 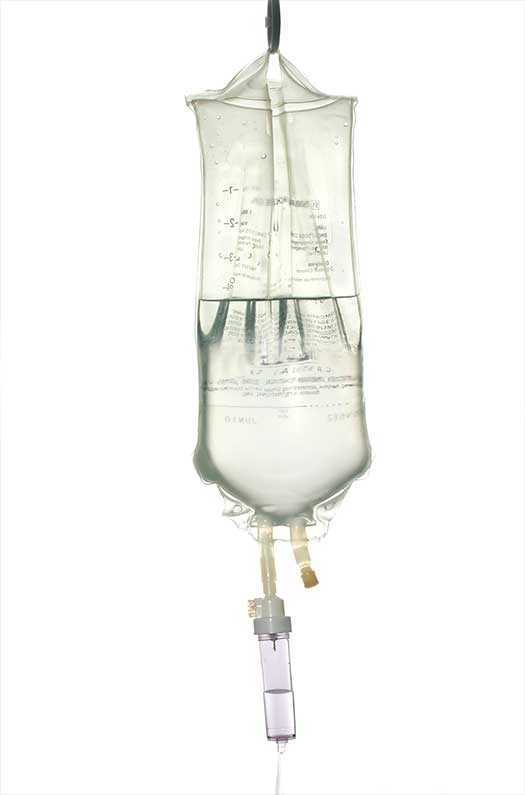 General anesthesia for an average knee or hip replacement has a climate impact equivalent to burning about four pounds of coal.

There are likely to be many such opportunities for win-win solutions, says Frances Mortimer, medical director of the Centre for Sustainable Healthcare in Oxford, UK, and one of Wilkinson’s collaborators. “We’re starting from quite a low base in terms of sustainability,” she says. “I think there’s a lot you could do without having to trade off against patients’ interests.”

This climate risk can get overlooked in the day-to-day practice of medical care as physicians focus on one patient at a time, says Christopher Wu, an anesthesiologist at the Hospital for Special Surgery in New York, New York. “But over hundreds of cases, thousands of cases a year, it adds up.”

Last year, Wu and his collaborators calculated that general anesthesia for an average knee or hip replacement has a climate impact equivalent to burning about four pounds of coal. But by using regional anesthesia instead for 96 percent of such procedures in 2019, the Hospital for Special Surgery saved the equivalent of 26,900 pounds of coal burned—or 60,500 miles driven.

What’s more, other research has shown that regional anesthesia is often better for patients, especially those with other health conditions that leave them at high risk for complications from surgery. “It just happened to have dovetailed nicely with the fact that it reduces the carbon footprint,” Wu says.

Doctors can also reduce the carbon footprint of anesthesia by delivering other anesthetic gases with oxygen rather than with nitrous oxide, according to a study of general anesthesia in the UK published this year. Capturing and recycling anesthetic gases that patients breathe out, rather than allowing them to be released into the atmosphere as is currently done, will also help.

Reuse and recycling can reduce the environmental impact of other aspects of surgery as well. Surgery involves lots of plastic, often in the form of complex, high-end polymers, in items that are designed to be disposable—but don’t have to be thrown away after a single use. In the EU and the US, for example, reprocessing is already allowed for more than 300 “single-use” medical devices.

For electrophysiology catheters, which help doctors investigate abnormal heart rhythms, remanufacturing can save half the global-warming impact—and nearly 30 percent of other resource use—compared to using newly produced catheters, according to a study published earlier this year. The study, the first life-cycle analysis of reprocessing single-use surgical supplies, showed that the remanufactured catheters have smaller environmental impacts in 13 out of 16 categories.

Remanufacturing—which, in the case of electrophysiology catheters, basically amounts to collecting and sterilizing the items—is a well-established process, says Anna Schulte, a graduate student at the Fraunhofer Institute for Environmental, Safety, and Energy Technology in Oberhausen, Germany. What’s more, scaling up the process yields more environmental benefits per catheter. “The more you collect, the more you can save,” Schulte says.

In some ways, the pandemic has encouraged environmentally friendly practices in medicine, as with the widespread adoption of telehealth. “Those things are more sustainable and should have been done years ago,” Mortimer says. “Without COVID, we wouldn’t have had that massive acceleration.”

The pandemic is making even that icon of disposability, the surgical mask, into a symbol of reuse. The sight of discarded masks littering the streets inspired researchers in Australia to develop a new road-building material that includes shredded face masks. The mix uses 3 million masks per kilometer of road and can keep 93 tons of waste out of the landfill—while making the road surface stiffer and stronger.

More directly, efforts to spare personal protective equipment (PPE) stocks for healthcare workers by reusing disposable masks and gowns show what’s possible—but also how far medicine has to go in building green thinking into its practices. “At the peak of the first wave, where we were running out of PPE, people were saying, ‘Oh, we haven’t got enough PPE, what are we going to do? Well, maybe we could reuse it. Is that safe? Well, we don’t know, we’ve never tried it before,’” Wilkinson recalls. “Well, if we were really focused on sustainability, we’d have asked those questions before and would have been much more prepared.”

Sarah DeWeerdt  is a freelance science journalist based in Seattle, covering biology, medicine, and the environment. 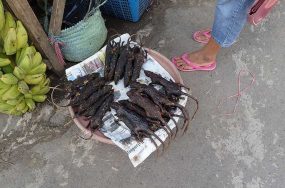 A survey of thousands in Asian countries found people with a high awareness of Covid-19 were more likely to cut back on consuming wild meat. A conservation group wants to harness this to put a dent in the wildlife trade.