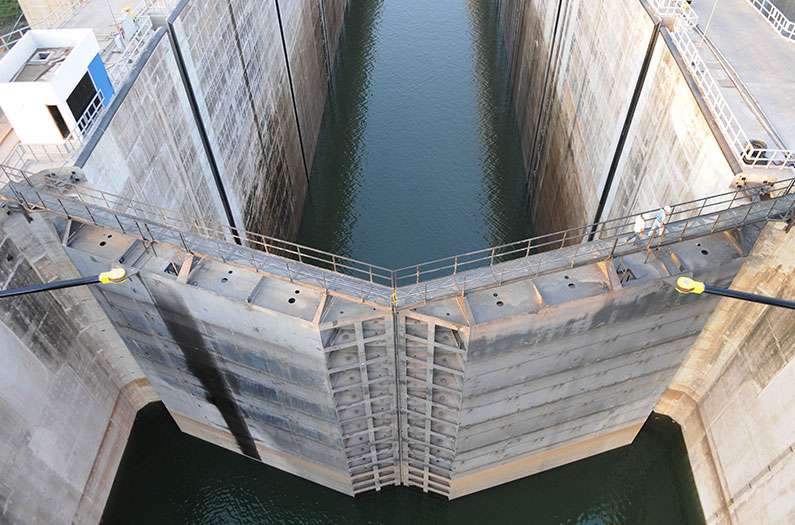 As dam construction takes off, scientists use powerful computers to help find the optimal balance between power generation and environmental damage in the Amazon.
By Warren Cornwall
February 23, 2022

When it comes to renewable energy, hydropower poses some of the thorniest problems. Using rivers to spin turbines can produce copious amounts of electricity without burning fossil fuels. Dams have helped power industries in much of the developed world, from 19th century textile mills to 21st century server farms.

But these dams can come with enormous environmental costs. The walls, some nearly as tall as the Empire State Building, turn free-flowing rivers into stagnant lakes, block fish migration, flood upstream habitat, deprive downstream areas of fertile sediment and release methane that contributes to climate change.

Now, scientists wielding powerful computers say they have created a tool that could help maximize hydropower production while minimizing environmental damage in the Amazon basin, the planet’s largest river drainage.

“AI (artificial intelligence ) is being used by Wall Street, by social media, for all kinds of purposes – why not use AI to tackle serious problems like sustainability?” said Carla Gomes, a Cornell University computer scientist who helped lead the research.

Hydroelectric dams have gone out of fashion in much of Europe and North America, in some cases leading to their demolition. Further south, however, a building spree is happening. Worldwide, as many as 3,700 hydroelectric dams are planned or under construction. In the Amazon alone, 358 dams capable of generating more than 1 megawatt of power each are proposed, more than double the number now operating or under construction.

But deciding which dams to build is often a piecemeal process. The power benefits and environmental impacts are weighed on a case-by-case basis. Yet the effects can stretch far beyond a dam’s immediate vicinity.

Several years ago, Gomes and Cornell biologist Alexander Flecker started to explore whether the data-crunching prowess of today’s computers could help provide a broader view, weighing the pros and cons of different hydropower projects at a region-wide scale.

To tackle the puzzle, the duo enlisted 38 other scientists from universities, non-profits and government agencies around the globe. They compiled data for how 509 current and proposed Amazon River dams could affect fish, river flows, sediment movement and methane emissions on 3,000 different stretches of river, as well as the power-generation potential for each dam.

To the lay person, the calculations might seem relatively straightforward. But the total added up to 10153 possible combinations of dams. That’s a 1 with 153 zeros after it, or more than the total number of atoms in the universe. In a textbook case of scientific understatement, Gomes noted that “the computational requirements are formidable.”

The calculations revealed that past decisions about where to build dams have caused more damage in the Amazon and produced less electricity than they might have. For example, three massive dams over the last decade have increased fragmentation of the river network by 40%. Putting dams in other locations could have generated as much power with almost no significant fragmentation, the scientists found. Likewise, a different dam arrangement could produce four times more power while breaking up rivers the same amount as happens today, the researchers reported Feb. 18 in the journal Science.

The findings are “a powerful demonstration of lost opportunities with previous poor dam placement,” wrote two scientists not involved in the study – Gordon Holtgrieve of the University of Washington and Mauricio Arias of the University of South Florida – in the same issue of Science.

To help policymakers decide where to build dams in the future, the scientists created a website enabling people to see how well different dams performed, depending on which environmental factors are considered.

Such an approach helps zero in on the dams that will best meet a variety of needs at once, said researchers.  “As more environmental criteria are included,” Flecker said, “fewer dams remain that can be considered relatively low impact, pointing to the need for examining many different objectives simultaneously.”

The tool could be a model for better coordinating dam construction to minimize the problems not just in the Amazon, but wherever new dams are on the table. But the scientists note that a variety of other factors will play a role. For example, dam construction is usually handled at the national level, making it more challenging to coordinate decisions on river systems that cross borders. Politics inside a country can also influence where dams get built. Even a supercomputer can’t account for those variables.