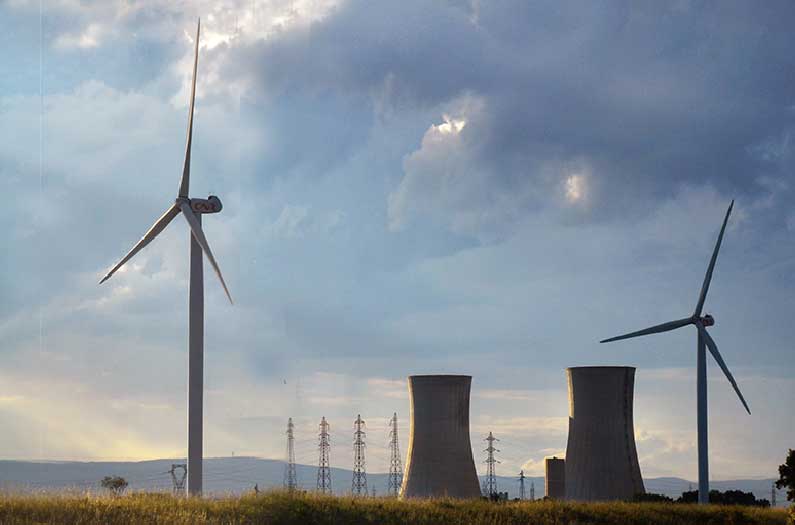 Could nuclear power be a bridge to a zero-emissions world?

Transitioning from fossil fuels to renewables is going to be a long, painful process. Plus, even with solar and wind power on the rise those clean power sources might not be enough to cut the planet’s emissions much past 80 percent.

Nuclear power could be key to bridge that last 10-20 percent stretch for a zero-emissions world, researchers from the Carnegie Institution for Science say in a new study. “If we needed to completely eliminate carbon dioxide emissions today, buying technologies at today’s costs, nuclear power would play a major role if the system were to be built at lowest cost,” says Ken Caldeira, who led the study published in Nature Energy.

Nuclear power today is a mixed bag. There were 444 reactors operating in 30 countries by the end of 2019, representing 10 percent of that year’s electricity generation. High costs and safety concerns have reduced policy support for current-generation nuclear power, with some countries like Japan and Germany retiring their nuclear power plants early.

But this old, reliable way of producing clean electricity is now getting a second wind as the world races to meet emissions reduction targets. Nuclear reactors are under construction in 30 countries including Russia, China, South Korea and India, most without any public resistance. France recently announced plans to build 14 new nuclear power stations by 2050.

At the same time, the cost of wind and solar has dropped substantially over the past decade, making the technologies affordable around the world. As electricity demand and emissions regulations go up, experts expect these installations to continue increasing and costs to drop.

But the variability of wind and solar energy remains an issue. For reliable electricity today at costs people are willing to pay, these renewable sources need to be backed up with natural gas power plants, Caldeira says. “If the natural gas power plants are not allowed, at today’s costs nuclear would be the cheapest source of reliable carbon-emission-free electricity.”

He and his colleagues evaluated the wind and solar resources of 42 countries and looked at the cheapest way to eliminate carbon emissions based on present-day costs. Using that data, they estimated nuclear power’s ability to replace natural gas as a backup energy source.

The team also found that at today’s prices nuclear power is the most cost-effective route to eliminate all electricity-related carbon emissions pretty much everywhere. But if batteries or other energy storage technologies become affordable, wind and solar could be a less costly way to realize an emission-free electricity grid.

“If we consider a broader range of possible tools we can use to address climate and energy challenges, we are more likely to be successful in meeting those challenges,” Caldeira says. “I do not advocate for nuclear power, but I advocate that people should give nuclear power serious consideration when deciding how to address these important challenges facing society today.”