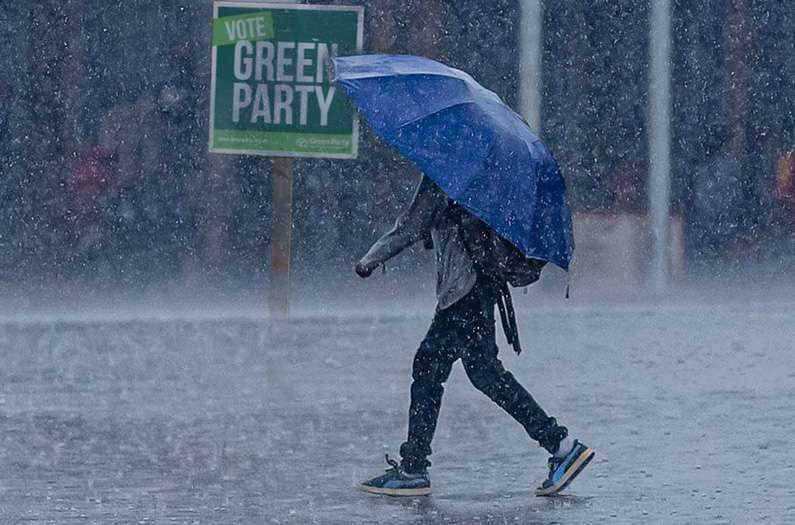 The recent rise in support for Green parties in Europe is partly driven by people’s experience of extreme weather, according to a new analysis.

Past studies have shown that experiencing an extreme weather event can make people more likely to believe that humans are causing climate change and more likely to be concerned about it. But relatively little research has addressed how this translates into voting behavior—a key step in making the societal transformations necessary to stop climate change actually come about.

“Our results indicate a meaningful relationship between climate extremes, concerns, and voting,” says study team member Roman Hoffmann, a researcher at the International Institute for Applied Systems Analysis in Laxenburg, Austria. “Given the typically not so high vote shares of Green parties in many countries, these effects can indeed make a difference.” The share of seats held by Green parties in the European parliament increased from 5.7% in 2004 to 9.9% in 2019.

Hoffmann and his colleagues assembled data from public opinion polling of more than 1 million people across 34 European countries between 2002 and 2019, results of European Parliament elections in 28 countries between 1994 and 2019, and detailed local weather data covering this time period. They then used a mathematical model to analyze how weather extremes affected people’s level of environmental concern and, ultimately, Green party support.

Experiencing extreme temperatures, heat waves, or dry spells increases people’s level of environmental concern and makes them more likely to cast their ballot for a Green party candidate in the next 12 months, the researchers report in Nature Climate Change.

“We estimate that if every month in a year had an additional unusually warm day (> 95th monthly percentile), green concerns and voting would increase by 0.8 percentage points, respectively,” Hoffmann says.

It’s mostly hot temperatures, heat waves, and dry spells that are responsible for these patterns. Cold snaps and wet weather have little effect—possibly because they’re less associated with climate change (“global warming”) in the public’s consciousness.

“We find that the impacts of climate extremes are not uniform but differ from region to region,” Hoffmann adds. Hot and dry episodes have a greater effect on voting behavior in temperate and cool Northern, Western, and Central Europe than they do in Southern Europe with its Mediterranean climate. “This is possibly due to the fact that the Mediterranean climate is already hot and dry in absolute terms, hence further deviations in temperature or rainfall may have little to no effect on environmental concerns and voting,” says Hoffmann.

In addition, the relationships among extreme weather, environmental concern, and Green party support are stronger in wealthier countries, in wealthier regions within countries, and in cities (which tend to be wealthier than rural areas).

The findings highlight the need for a communication strategy to broaden support for climate action in Europe, Hoffmann argues. “There are substantial differences in Europe as to how people perceive climate change risks and climate mitigation depending on the economic conditions, but also the demography and political climate in the regions,” he says. “Overcoming these major gaps is important to ensure that everyone is on board and that it is possible to generate the critical mass to implement climate mitigation and to realize the urgently needed sustainability transformation.”