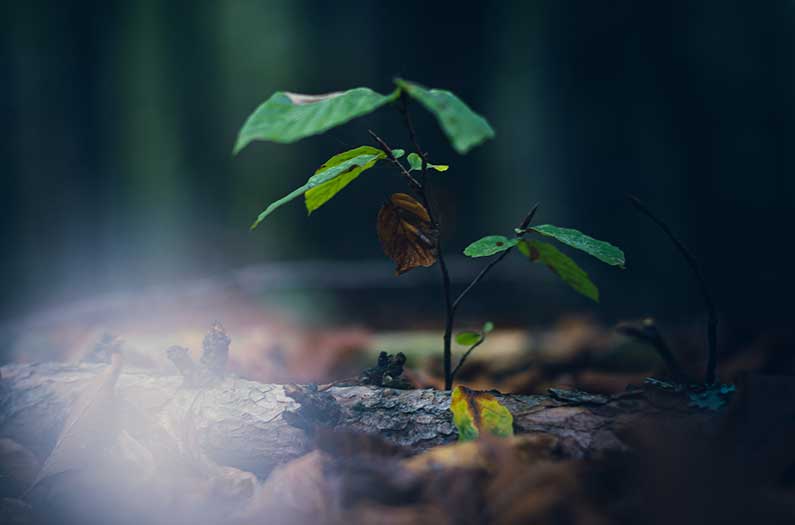 A new study found that carbon, nitrogen and soil density in cleared forests reached 90% of levels in untouched forests after 1 to 9 years. They key was leaving them alone.
By Warren Cornwall
February 16, 2022

Jungles grow with such abandon they can obscure entire civilizations beneath roots and vines. That fertility could prove vital in the race to heal the scars of deforestation.

Tropical forests burned and cleared for farming and ranching in Central and South America and West Africa can bounce back in little more than a century, with some key features recovering in decades, according to new research.

While not a panacea for the destruction of ancient jungles across the globe, scientists say the findings suggest that if left to themselves, many of these places could regain the lush forests that are rich havens of biodiversity that also suck carbon from the atmosphere.

“These regrowing forests cover vast areas, and can contribute to local and global targets for ecosystem restoration,” said Lourens Poorter, an ecologist at Wageningen University in the Netherlands, who was part of the research.

Tropical jungles like the Amazon have been called the lungs of the planet for good reason. Fueled by abundant water, long growing seasons and fertile soils, forests ringing the planet’s equatorial middle can suck vast amounts of carbon from the atmosphere and provide a home for two-thirds of the world’s species.

But this richness has also made them a target for loggers, ranchers and farmers, ranging from small-time settlers to huge agricultural companies. Today, less than 50% of tropical rainforests are still standing.

As conservationists work to protect tropical landscapes, questions surround the fate of former forests turned into pasture and farmland. In the tropics in the Americas alone, an estimated 28% of forests are regrowing after being cleared. So a team of 90 scientists from research centers across the globe set out to see how these lands recovered.

Because such recovery can stretch for decades, the researchers sought to fast-forward through the process by simultaneously examining 77 sites at different stages of growth, including some old-growth forests. Places had been cleared and then abandoned for more than a century in some cases, and as little as a year in others. The locations covered both dry and wet forests, sprinkled across Central and South America and coastal west Africa.

At each location, the researchers measured a dozen key indicators of different kinds of ecological dynamics, including the makeup of the soil, leaf and stem size, how many plants fixed nitrogen in the soil, the total mass of all plants, the largest tree, and the diversity of plant species.

The forests followed unexpected paths to recovery. Scientists were surprised to see how quickly the soils recovered. Carbon, nitrogen and soil density reached 90% of levels in untouched forests after 1 to 9 years. Likewise, the functional composition of plants in the forests – the size of tree leaves, the density of wood in trees and presence of nitrogen-fixing trees – happened sooner than predicted, taking between 3 and 27 years to approach old-growth conditions, the researchers reported in Science.

The rapid soil recovery indicates that soil nutrients were buffered from slash-and-burn agriculture or enhanced by people as they burned foliage or planted nitrogen-fixing grasses, the scientists surmised. Most of the study plots were also not subject to high-intensity farming that can suck nutrients from the soil.

Some kinds of recovery took much longer. The cleared areas took between 27 and 119 years for the total mass of greenery and the largest tree size to approach pristine conditions. It took 12 decades for the full panorama of species found in old-growth tropical forests to appear in re-growing forests.

Even that, however, is “notably fast” given the complexity of tropical forests, the scientists noted. The overall picture is one of resilience after farming or ranching, as long as it’s not too intensive and there is forest nearby to provide seeds. “If there’s no source for seeds, heavily degraded soils, and no way for animals to get there, that’s going to be a problem,” DeWalt said. “There will be times when planting will be necessary.”