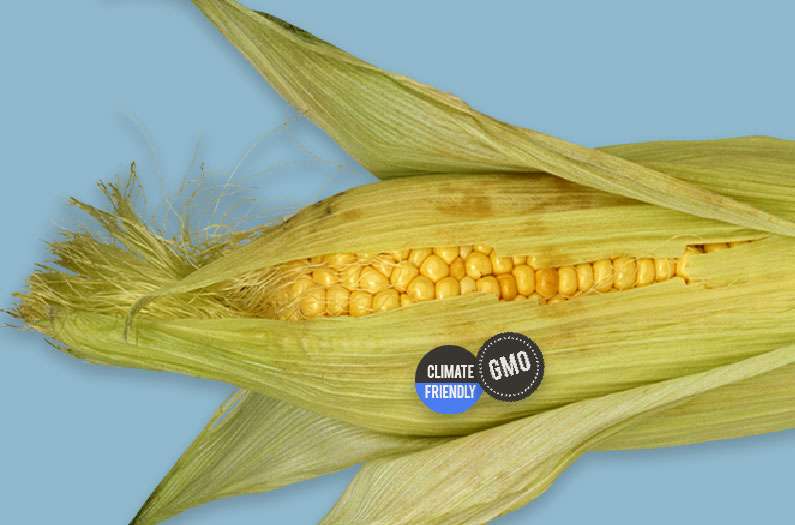 Genetically modified plants are often more productive, and that could result in large land savings across the EU and beyond.
By Emma Bryce
February 11, 2022

If the European Union adopted genetically-modified crops more widely across its farmlands, it could reduce its agricultural emissions by almost 10%.

That result comes from a new study in Trends in Plant Science that is among the first to quantify the emissions-saving benefits of GM crops.

In agriculture, GM plants are typically bred to contain traits that help them resist pests and disease, make more use of nitrogen in the soil, or produce bigger seeds and fruits, among other things. The objective of engineering these traits into plants is usually to boost their productivity—and the evidence so far suggests that it pays off.

A global meta analysis showed that on average, GM crops are about 22% more productive than regular crops. In principle, that means that by using GM crops, more food can be produced using the same amount of, or possibly even less, land. Research also suggests GM crops can reduce the need for pesticides, with benefits for human health.

What’s less clear however, is how much of a climate benefit this land-use and chemical efficiency could have.

The researchers on the new study set out to investigate that by focusing on the EU, one region that has been slower to adopt GM crops than many other parts of the world. “The EU has seen massive societal, political, and regulatory opposition to GM, all of which contributed to slowing adoption,” says Emma Kovak, a food and agriculture analyst at the Breakthrough Institute, and first author on the paper.

She and her colleagues estimated what the emissions impact would be if the European Union began instead to adopt five major GM crops—soybeans, maize, canola, cotton, and sugarbeet—at levels comparable to what we see in the United States.

To calculate this they looked at the emissions that could be averted through growing varieties of these crops that contained two specific traits: herbicide tolerance and insect resistance.

This revealed that EU farmers could cut greenhouse gas emissions by an amount equivalent to 33 million tons of CO2 a year. That would reduce agricultural emissions across the region by 7.5%, according to 2017 figures.

The large majority of avoided emissions (84%) was due to reduced land use, thanks to higher-yielding GM crops that can more efficiently use land, and so limit the need to expand farms into wild habitat. The candidate with the greatest potential to bring emissions down in the EU was maize, the researchers found, because it already has many GM varieties and so is most accessible to farmers. Maize also takes up more land than other crops, so increasing its productivity could tangibly reduce land expansion.

If GM technologies were also expanded to other types of crops, the quantity of avoided emissions could grow, the researchers say.

These results are exciting—but they’re also overshadowed by the widespread skepticism about GM crops across the European Union, the study authors remark. “Critics focus primarily on hypothetical risks, while ignoring actual and potential benefits,” they write in their study.

The researchers are concerned also because the EU’s Green New Deal is focused on expanding organic farming, a form of production that can be associated with lower yields. That could drive farmland expansion and emissions increases elsewhere in the world, if the EU then ends up having to import more food to make up for a regional deficit.

An alternative, they argue, is to embrace innovation in crop science, which they see as a surer route to boosting regional food production, and reducing emissions in the EU and beyond. There are some signs of change on this front: the EU is currently reexamining its policies on GM crops, which could create a more receptive environment for these technologies to take root.

The stakes are clear to Kovak, who sees genetically modified crops as critical tools for our agricultural future. “We need all the tools we have to face the challenges of simultaneously increasing food production, adapting crops to deal with changes like increasing drought under climate change, and reducing greenhouse gas emissions.”