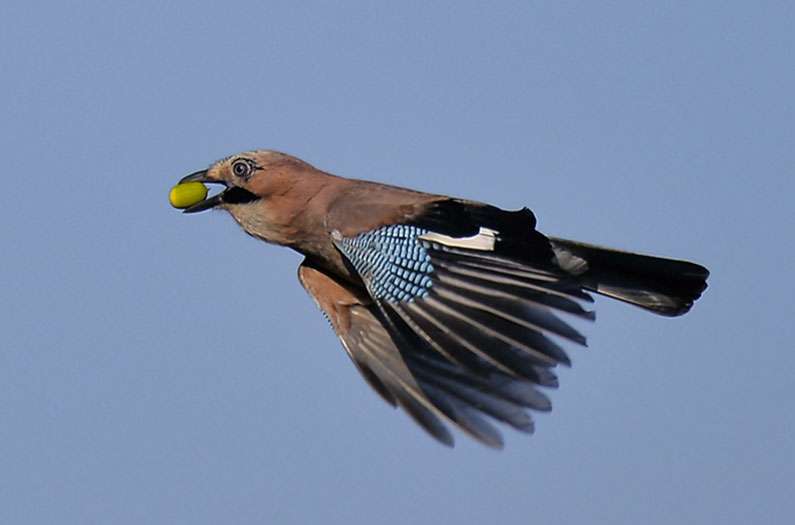 Seed dispersal is plummeting just when plants need to move most

When researchers trained a machine-learning model on global seed dispersal, they made a jarring discovery: there are too few animals to move plant seeds far enough to keep pace with climate change.
By Warren Cornwall
February 2, 2022

When it comes to keeping pace with a changing climate, plants face a particular challenge. They are quite literally rooted in place.

Now their ability to move to cooler areas as places heat up is being further imperiled by the loss of animals on which plants often hitch a ride. Through a clever marriage of computing power and hundreds of detailed field studies, scientists have developed a tool for predicting how quickly plants need to migrate to remain in a climatic zone where they can survive, and how much that migration is slowed by the loss of animals that act as shuttles by transmitting seeds in their feces.

The resulting picture isn’t pretty. The migratory potential for plants has already been cut by more than half on average, thanks to loss of species in recent centuries, the researchers found. And future extinctions could slow plants still further.

“If there are no animals available to eat their fruits or carry away their nuts, animal-dispersed plants aren’t moving very far,” said Evan Fricke, an ecologist at Rice University who as a chief author of the research.

Unlike the Ents of J.R.R. Tolkien’s fictional Middle Earth, trees and shrubs on this planet can’t just pull up their roots and start walking. But they have evolved myriad ways of moving across the landscape from one generation to another. Seeds are blown on the wind, fall from branches, or float down streams. Others use footloose animals to get around. Birds and bears eat seed-filled berries, then “plant” them elsewhere as they poop. Rodents gather nuts. Some plants have evolved barbed seeds that hook onto the fur of passing critters.

With so many strategies involving so many plants and animals, it’s hard to fathom how all the interconnections add up, much less how extinctions and global warming would factor in. To accomplish it, Fricke and fellow researchers amassed a mountain of data from studies documenting relationships between animals and seeds, particularly birds and mammals that eat fruit. That included observations in more than 400 places around the world that detailed the interactions between 1,631 animal and 3,208 plant species. They added in data on how far seeds moved with 302 different animal species, and the results of 2215 experiments testing how well seeds germinated after passing through the guts of fruit eaters.

Armed with this information, they built a computer model driven by the ways seed dispersal and survival was influenced by different traits of both the animals and the plants – for instance, how far a given animal travels or how well a well a kind of seed grows after being eaten.

To test if the model could effectively simulate reality, they took a tenth of the dataset not incorporated into the model and checked to see if the model could accurately predict the relationships between animals and plant seeds. The results were an 88% match to the observations.

Then, the scientists turned the computer loose on historical data about animals and seeds, as well as scenarios for how climate conditions will shift across the planet in the future. The results showed that compared to a world where all of the species that emerged since the last ice age still roamed the earth, today’s plants have a much harder time migrating. The loss of mammals and birds has already reduced plants’ ability to migrate fast enough to keep pace with climate change – reducing that capacity by 60%, according to findings published in Science on Jan. 13.

The results are a “wake-up call that declines in animal species have vastly limited the ability of plants to adapt to climate change,” said Doug Levey, who heads the National Science Foundation program that funded part of the work.

The historic loss has been greatest in temperate regions North America, Europe, northern Asia and the southern parts of South America, driven largely by the loss of large mammals that can travel long distances with relative ease, the researchers found.

In some places, the loss of just a few percent of overall species slashed plants’ ability to move with the climate by as much as 95%, because certain animals were so important.

Future extinctions could have a bigger effect in the tropics, particularly in southeast Asia and Madagascar, biodiversity hotspots with large numbers of species listed as at risk of extinction by the International Union for Conservation of Nature. Globally, the loss of species tracked by the union would take another 15% bite out of plants ability to migrate at the same speed as the climate changes, according to the analysis.

The findings suggest that restoring ecosystems to better connect different habitats could help plans migrate more quickly, said Fricke. But they also show that “animal declines can disrupt ecological networks in ways that threaten the climate resilience of entire ecosystems.”