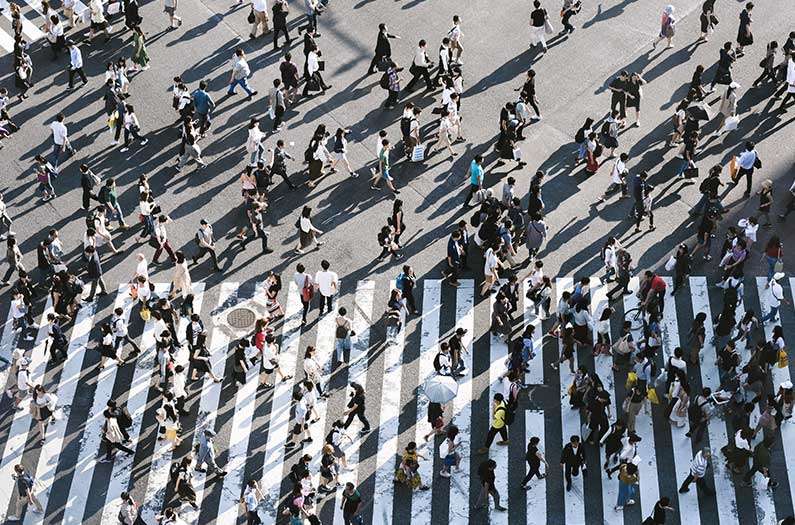 How mass urbanization can be good for the climate

An analysis of China’s recent history overturns the conventional wisdom about the carbon cost of urbanization
By Sarah DeWeerdt
March 15, 2022

Expanding cities can contribute to the drive to reach net zero carbon emissions, a new study suggests. The analysis shows that migration of the Chinese rural population to cities over the past two decades has increased carbon stocks—meaning the amount of carbon stored in natural ecosystems—in the country as a whole.

In the past, researchers have assumed that urbanization increases a country’s greenhouse gas emissions because of land use change. Building cities requires cutting down forests, the conventional wisdom goes, releasing large amounts of stored carbon in the process.

But in China, expanding cities have mostly gobbled up agricultural land, which store much less carbon than forests. This pattern, combined with urban planning policies that require lots of green space in cities, has resulted in a modest increase in nationwide carbon stocks as China has urbanized.

These conclusions emerge from the analysis of massive amounts of data from multiple sources. Researchers used satellite photos to track how vegetation and tree cover in China changed over time. They integrated this with data on demographics and population density, supplemented with mobile phone and nighttime light data to verify urbanization patterns.

The Chinese rural population decreased from 859 million in 1995 to 510 million in 2020, the researchers report in Nature Sustainability. Meanwhile, country’s urban population grew from 301 million to 848 million in that time—increasing from 26% to 64% of the population. An average of 14 million people left rural areas every year.

Meanwhile, biomass and carbon stocks increased in China over the past two decades, in both rural areas and cities.

Other studies have identified China as a center of greening in recent years. But the new study shows that this isn’t just because of tree plantations, as is often assumed.

Expanding cities did lose carbon storage during the first half of the study period: China’s urban areas lost 20 million tons of carbon in vegetation between 2002 and 2010.

But in the second half of the study period, urban greening policies more than made up for the loss. Since 2012, China has made green space an integral component of urban planning, prescribing that a certain percentage of cities be given over to parks, trees, green roofs, vertical gardens, and so on.

Meanwhile, the researchers also found that carbon stocks increased in rural areas that lost population. This suggests that when rural people move to cities, the land they leave behind can regrow with new vegetation that absorbs carbon.

The biggest increases in carbon stocks were seen at intermediate distances (2-4 kilometers) from rural settlements. “This is because harvest activities before rural outmigration kept forests young and with a low carbon density, which now have a high capacity to recover and densify,” the researchers write.

In contrast to the conventional wisdom that suggests cities replace forests, the study showed that only 6% of urban development resulted from clearing forests. Instead, 81% of new urban areas were on converted agricultural land and 10% on former grasslands. “The relatively low loss in aboveground carbon caused by urbanization is probably because cities have mostly expanded into croplands,” the researchers write.

Despite this, the country’s total agricultural area shrank by only 3.8%. This is good sign because growing cities can sometimes increase a country’s reliance on food imports, leading to pollution from transport and possible deforestation in other countries.

But that doesn’t seem to have occurred in China. Most of the abandoned croplands were in marginal areas, such as on steep slopes or in areas of poor soil, the researchers say.

Overall, China’s total aboveground biomass stocks grew by 290 million tons a year during the study period. That’s a modest amount, but suggests that with the right policies in place, urbanization can help countries take steps towards net-zero carbon emissions.

However, the researchers note, the benefits are temporary: at some point all those new trees planted in urban areas and growing up on abandoned croplands will mature and stop sequestering carbon so rapidly. This may already be happening, as the increase in carbon stocks slowed in the last years of the study—highlighting the inescapable necessity of slashing fossil fuel use in order to address climate change in a lasting way.