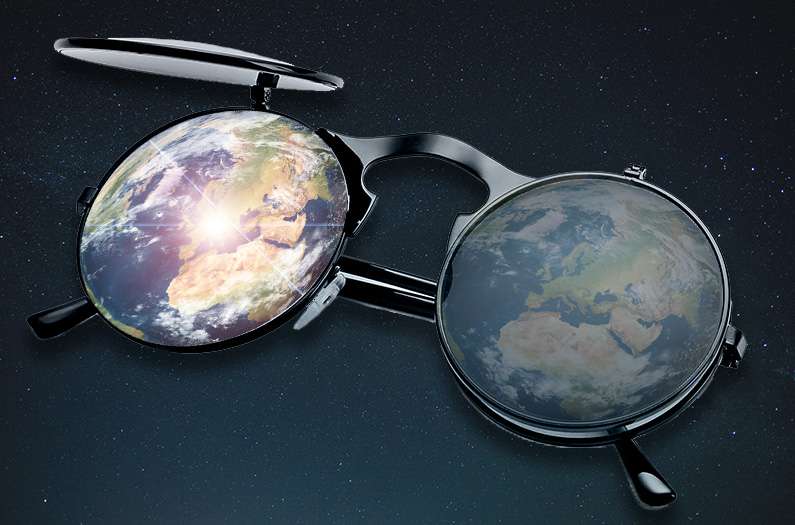 Is solar geoengineering inevitable or can we still fix the climate without it?
By Mark Harris
March 31, 2022

Few concepts have gone from science fiction to science news as swiftly as solar geoengineering (aka solar radiation management, or SRM). The reason is terrifyingly simple. On the one hand, humanity seems incapable of reducing the amount of carbon dioxide it is releasing into the atmosphere. On the other, controlling incoming radiation from the sun appears to be feasible and fast. It also promises to be orders of magnitude less expensive than rolling back emissions, or capturing carbon directly from the atmosphere.

In fact, SRM’s price tag is estimated to be low enough that a single country—or even a super wealthy individual—could launch a climate intervention that would drag us all into a massive global experiment.

Some experts argue that this alone should prompt heavy investment in understanding the wider impacts and potential unintended consequences of SRM. Others fear that SRM could become our Plan A for addressing climate change, skirting the emissions cuts and carbon mitigations that are far less controversial. To them, SRM embodies precisely the careless, technology-driven hubris that got us where we are today, with the added drawback of committing us to an expensive, risky activity for potentially centuries to come.

The Case for More Research

1.  The science is still up in the air. The eruption of Mount Pinatubo in the Philippines in 1991 reduced the global average air temperatures by as much as 0.5C in the year following, so the underlying science seems sound. But much more research needs to be carried out to quantify the positive—and negative—impacts of deliberately introducing massive amounts of sulfate or chalk aerosols into the atmosphere.

2.  Balancing the books. Highly developed nations have historically been responsible for the vast majority of carbon emissions from fossil fuel use. SRM research gives polluters the opportunity – perhaps even the responsibility – to address climate injustice, by funding research around the world, focused on local concerns and impacts

3.  We’re already conducting a vast global climate experiment. To worry about meddling with the weather might seem rich when we are already altering the chemistry of the earth’s air and water system in an almost completely uncontrolled manner, through the combustion of fossil fuels. In In this viewpoint, understanding how to mitigate the worst effects of climate change should be encouraged, not obstructed.

The Slope Is Too Slippery

1.  Unpredictable and ungovernable. In January, a group of 60 scientists called for a moratorium on SRM technologies, including no outdoor experiments, no public funding, no patents, no support from international institutions, and certainly no deployments. They worry that the impacts of SRM are difficult to predict, and would be impossible to govern fairly and effectively in the existing international political system.

2.  Beware the quick fix. If you think something is keeping you safe, you are more likely to act in a risky way. This “moral hazard” has been proven time and again – not least in road deaths that continue to rise despite cars that are physically safer than ever. Research from the UK suggests that deploying SRM would deter some people from reducing their personal carbon footprint. Some nations (yes, I’m looking at you America) could embrace SRM as a technological Band-Aid to perpetuate a society based on profligate energy use.

3.  Long term commitments aren’t humanity’s strength. Aerosols in the atmosphere only remain effective at reflective incoming sunlight for a few months. So once you start doing SRM, you need to keep it up indefinitely or risk a potentially disastrous termination shock, where temperatures could shoot up over a very short period. Looking at our experience managing nuclear waste, a similarly long-term endeavor, provides a sobering perspective.

What to Keep An Eye on

1.  The weather. An uptick in catastrophic heat waves, floods, and other extreme weather events might increase demand for solutions that promise results in seasons rather than decades.

2.  Fence-sitters. Degrees is an UK-based non-profit funded by scientists and environmentalists. It aims to fund large-scale modeling efforts around SRM, including voices from the Global South, but remains firmly neutral on whether the technologies should be deployed. How the positions of such organizations evolve in the years ahead could indicate whether SRM will become part of the mainstream carbon effort.

3.  The funding. Will the $100 to $200 million that the National Academies of Science recommended for SRM research materialize? If the funding faucet is opened, some proposed SRM techniques do seem inherently less dangerous than others, including a marine cloud brightening project that would use little but sprays of seawater to make clouds more reflective.