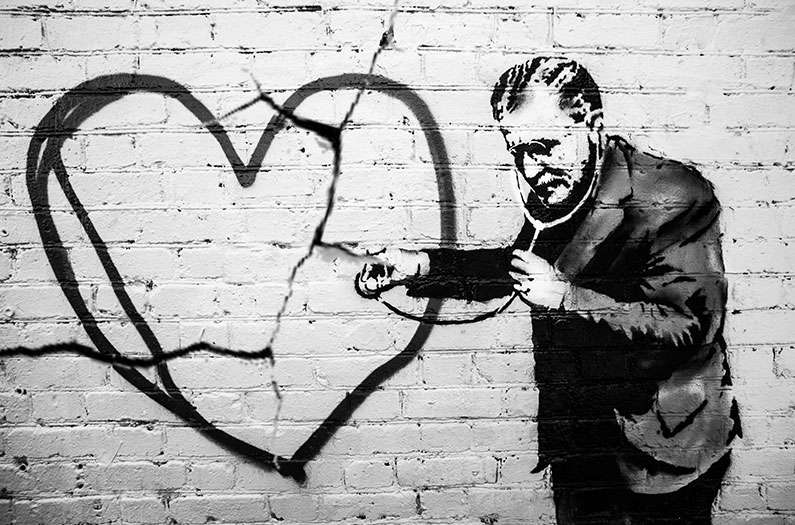 It's secret is an enzyme found in red blood cells that absorbs CO2 from the air and produces calcium carbonate to build and later heal the material.
By Prachi Patel
March 3, 2022

Cheap and easy to make, concrete is a favorite building material around the world, with 30 billion metric tons used each year. But the cement industry accounts for 7 percent of global carbon emissions, spurring a research race to design more sustainable building materials, be it more eco-friendly concrete or enhanced wood materials.

Now a team from the Worcester Polytechnic Institute has made a strong concrete-like material that soaks up carbon dioxide from the air when it is produced and later to heal itself if cracks form. Twenty-seven cubic feet of the new material stores 8 kilograms of carbon dioxide, while the same volume of concrete emits over 180 kilograms of the greenhouse gas, according to civil, environmental and architectural engineering professor Nima Rahbar, a co-author of a paper published in the journal Matter.

Several technologies exist for carbon-negative construction materials that can absorb more carbon dioxide than their production releases. One is hempcrete, a carbon-negative composite of hemp fibers and a glue-like binder. Another is building materials infused with living bacteria that can absorb carbon dioxide and form chemical compounds that strengthen the material and even fill in tiny cracks.

The new work is an example of such an engineered living material. Except here, the researchers use a biological enzyme that drives chemical reactions inside red blood cells. They mix the enzyme, called carbonic anhydrase, into water along with sand and a polymer. The enzyme reacts with carbon dioxide and calcium ions in the water to form calcium carbonate crystals that bind the sand and polymer particles together to form the composite building material.

If cracks develop in the material, the enzyme kicks in and absorbs carbon dioxide from the air to produce more calcium carbonate and heal itself. The material could do this to restore its strength up to six times. The percentage of enzymes in the material is minimal, so it should be economical to produce on large scale.

Laboratory experiments showed that the material had a compressive strength—a measure of how much load it can bear—that was “more than twice that of the minimum acceptable for cement mortar and other alternative building materials,” the researchers say in the paper.

Producing the material does not require high temperatures like cement and bricks do, which brings down its carbon footprint considerably. Plus, it does not need to be cured for days like concrete. The researchers say that the new material could someday be an environmentally friendly, low-cost alternative to concrete.