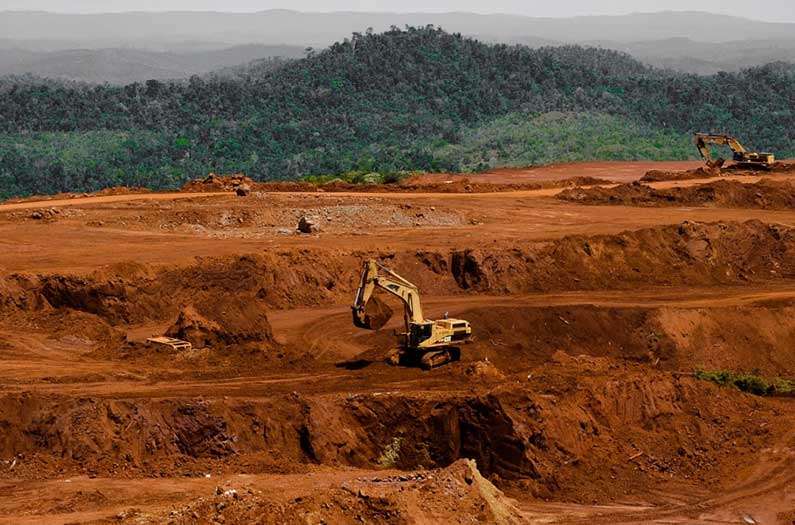 Offsets promise to make up for environmental damage in one place by repairing it elsewhere. But do they really work?

In the most detailed study of its kind, scientists investigated biodiversity offsets purchased by owners of one of the world’s largest nickel mines. In this case, it looks like the mining company succeeded.
By Warren Cornwall
March 9, 2022

These days, seemingly everybody has an environmental offset. Their appeal is obvious. Get to do things that cause environmental damage, while claiming that the damage has been effectively erased. You can buy offsets to make up for greenhouse gas emissions from that airplane flight to Hawaii. Large corporations like Microsoft lean on offsets to meet promises to reduce their climate pollution. Other companies embrace offsets when they cut down forests or pave wetlands.

The basic premise is simple: Make up for damage in one place by preventing or repairing damage somewhere else. But ensuring this really happens is notoriously tricky. Did those trees planted to suck up carbon survive? By one estimate, out of nearly 8,000 offsets aimed to protect biodiversity in forests, fewer than five have been evaluated to see how well they did.

Now, researchers in the United Kingdom and France have demonstrated a way to better gauge whether such forest biodiversity promises are being kept. At least in the case of a massive nickel and cobalt mine in a Madagascar jungle, the results suggest the offset is working.

At the Ambatovy mine, owned by Japan’s Sumitomo Corporation, “our analysis suggests that they have already saved nearly as much forest as was lost at the mine site,” said Katie Devenish, a PhD student at the UK’s Bangor University, who was part of the research. The work was funded by UK government grants, not by the mining company.

One of the biggest challenges with offsets is that they are grounded in a hypothetical world different from what really happened. To work properly, an offset needs to stop something that would have otherwise happened, or make something happen that would otherwise never have materialized. If that tree were going to be planted anyway, buying an offset for your vacation flight didn’t change the future of that tree or the amount of carbon sucked from the atmosphere.

In the case of Ambatovy, the mine’s founders promised to make up for biodiversity lost from clearing or damaging roughly 5,000 acres of rainforest in the eastern part of the African island country, by slowing or halting deforestation  on similar forests in the region covering around 70,000 acres. That land is split into four different areas, some directly under the mining company’s control, others managed by conservation groups including Conservation International. In those areas, the company paid for ecological monitoring, creating community associations to help manage the forests, environmental education, crackdowns on activities like clearing land for farms or gold mining, and support for other economic activities such as growing fruit trees.

So did all of this alter the future in a way that protected biodiversity? To figure that out, the scientists created a kind of computerized crystal ball that looked into an alternate world where these lands weren’t protected. Using satellite data tracking tree cover, the researchers compared how much forest disappeared over time in the newly protected lands with similar forests that didn’t get the additional protections. Think of it like those medical studies tracking the fates of identical twins.

Forest cover was used as a surrogate for biodiversity, a phenomenon too complex to easily gauge over such large areas. To be certain they were comparing similar forests the scientists matched up a number of variables. They selected the same kinds of forests from the same region. For individual segments within each forest, they compared factors such as the slope of hills, elevation, distance from roads and the edge of forests, and distance from deforestation, as well as proximity to villages and population density.

Overall, the scientists found that deforestation was reduced by 58% per year in the protected forests, compared to the unprotected twin forests. That adds up to approximately 4,000 acres of forest that otherwise would probably have been cut down between 2009 and 2020, putting the project on course to meet it’s promised target of matching the forest destroyed by the mine, the scientists reported March 3 in the journal Nature Sustainability.

“This result lends strong support to requirements that mines, and other major developments, should do their bit by investing in conservation efforts,” said Julia Jones, a Bangor University professor who was part of the research. “This case study shows that it can pay off.”

The approach could be used in other places to see whether offsets are working. With more than 6,000 industrial-scale mines operating around the world, touching an estimated 57,000 square kilometers of land, including 10% of the world’s forests, the potential need reaches well beyond Ambatovy.

But the scientists caution that such offsets aren’t a panacea. People in villages who used the protected forests complained to scientists that while the economic pain from the restrictions was immediate, the benefits came slowly. And there is no guarantee the forest protections will last after the mining company pulls out, something expected to happen between 2040 and 2050, warned Simon Willcock, a scientist at the UK nonprofit research group Rothamsted Research, who worked on the study. When that happens, Ambatovy’s promise, he said, “might be threatened.”

Devenish, et. al. “On track to achieve no net loss of forest at Madagascar’s biggest mine.” Nature Sustainability. March, 3. 2022.