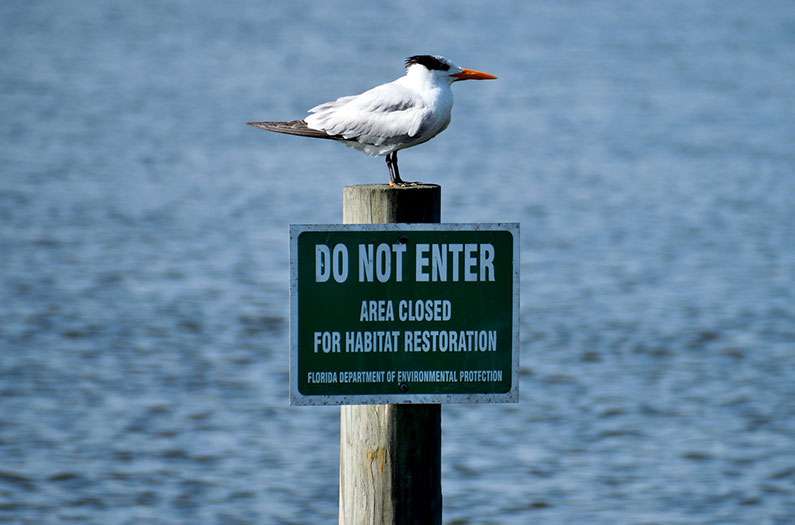 In a wide-ranging study, scientists tracked how 27,000 waterbird populations fared in 1,500 protected areas—compared to similar unprotected areas . Their results are instructive.
By Warren Cornwall
April 27, 2022

As world leaders prepare for an October summit in Kunming, China aimed at bolstering biodiversity, scientists have a warning: Just because land is protected doesn’t mean it will save species.

Conservationists have pressed governments to adopt a goal of “30 by 30” – protecting 30% of the planet’s land and ocean habitats by 2030. While such targets can shield habitat from destruction, new research suggests that’s not always enough to help the animals living there. It can also require actively managing these refuges to benefit certain creatures.

It might seem like common sense that organisms need habitat to survive. But scientists have struggled to tease out the effects of land protections in the messy, complicated dynamics that drive ecosystems.

“We know that protected areas can prevent habitat loss, especially in terms of stopping deforestation,” said Hannah Wauchope, of the Centre for Ecology and Conservation on Exeter’s Penryn Campus in the United Kingdom. “However, we have much less understanding of how protected areas help wildlife.”

Wauchope and scientists from the U.K., United States, Europe, Australia and South America sought to cut through the confusion by using powerful computers to tap into a growing mountain of data.

The researchers chose waterbirds, because they are found around the world, can move quickly if a place is unsuitable, and their numbers are tracked by a global army of birdwatchers. The scientists compiled bird counts for more than 27,000 waterbird populations, chiefly in North America and Europe, plus a smattering in southern Africa, South America, the Middle East and Asia. Then they tracked how these bird populations fared as the years passed in 1,500 protected areas, and how that compared to their numbers in similar areas that weren’t protected.

The approach is known as a “before-after, control-intervention” or BACI analysis. It can enable scientists to more reliably detect whether a particular factor – such as creating a wildlife refuge – really made a difference. That’s because it can account both for how bird numbers changed over time (before-after) and whether they met a different fate in a protected area than elsewhere (control vs. intervention).

The results showed that habitat protection alone doesn’t guarantee that waterbirds will thrive. In roughly a quarter of the populations – 27% – waterbird numbers appeared to get a boost from being inside a protected area. In nearly half – 48% – scientists saw no clear difference in the fate of birds inside or outside a protected area. In an alarming 21% of cases, populations inside protected land actually did worse, according to results published April 20 in Nature.

“We are not saying protected areas don’t work,” said Wauchope. “The key point is that their impacts vary hugely.”

The researchers sifted through a host of possible reasons why some protected areas appeared to be more waterbird-friendly. They could find no clear effect from a bird’s size, whether it migrated, or whether the land was near wild areas or villages. They saw some effect from the size of the protected area. Larger patches of habitat increased the likelihood of a positive effect by 9%, on average.

What stood out is whether the habitat was specifically managed to benefit waterbirds. That included land managed under an international wetlands agreement, the 1971 Ramsar Convention, and land designated under the European Union’s Birds Directive. Those designations were the only factor consistently tied to success.

The findings echo other research showing that habitat protections on paper don’t always translate into results on the ground. Last year, scientists reported that 34,000 square kilometers of forest inside reserves was cut down between 2000 and 2012.

For Wauchope, the message from the waterbirds is that protecting biodiversity isn’t just about hitting a number. “Rather than focusing solely on the total global area protected, we need more focus on ensuring areas are well-managed to benefit biodiversity,” said Wauchope. “We can’t just expect protected areas to work without appropriate management.”