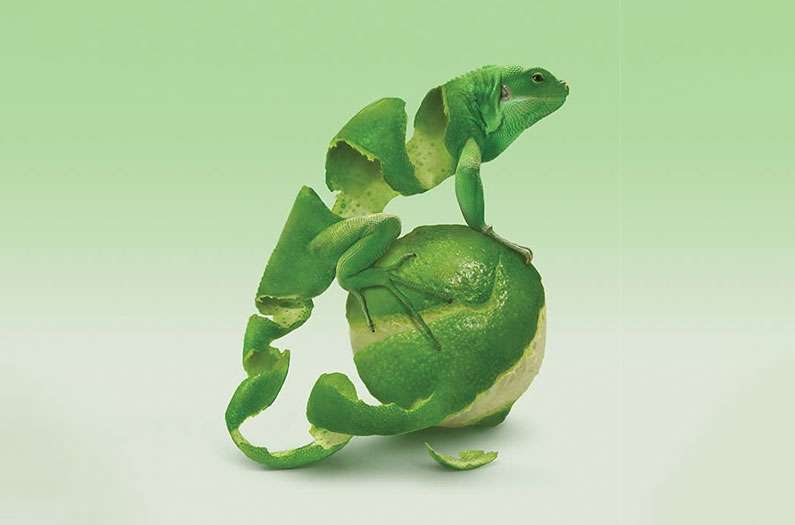 According to a new study, reducing food waste by just half could be a more effective way to protect biodiversity than changing people's diets.
By Emma Bryce
April 8, 2022

Halving rates of food waste in the United States could slash global biodiversity losses driven by American consumption, according to a new paper published in PNAS. What’s more, the analysis suggests that cutting food waste may be even more effective at reducing species loss than some nationally-recommended diets.

Biodiversity is often left out of the equation when calculating environmental impacts, explain the researchers in the new paper, which is why they made it the focal point of their analysis. They set out to tally up the amount of land—domestically and internationally—that’s required to feed the US, and the number of species that are consequently threatened by this production.

To drill down into these impacts they looked at how this land use and biodiversity impact would change under several dietary scenarios, including the Planetary Health Diet, as well as several diets officially recommended by the US Department of Agriculture (USDA), including a vegetarian, and a Mediterranean-style diet—the latter of which is rich in fruits, vegetables and fish. The researchers also factored in the impact of substantial food waste reductions at the national scale.

They calculated that eating vegetarian and plant-rich diets uses less land and therefore reduces the overall threat to global biodiversity by around 30%, compared to baseline US diets.

However, when viewed through the lens of biodiversity, these more sustainable diets include some notable environmental trade-offs. The researchers found that 20% of the land required to produce food for US consumers occurs outside the country, and this foreign land represents 39% of the biodiversity risk driven by US diets. That’s because food imports to the US often come from countries including Colombia, Ecuador, and Mexico where farmland is more likely to overlap with biodiversity hotspots, driving the destruction of rainforest and other wildlife-harboring habitats.

The reliance of plant-based diets on imported fruit and veg therefore skews its environmental footprint, increasing its biodiversity impact and offsetting some of the benefits of this greener diet: “Increasing the number of people eating plant-based diets would be incredibly beneficial for global biodiversity, but that we have to think carefully about where those calories are coming from,” explains lead author Quentin Read, who was working as a data scientist at the National Socio-Environmental Synthesis Center when he produced this paper (he is now an applied statistician with the USDA.)

Meanwhile the nationally-recommended Mediterranean-style diet, which includes plenty of fruit, veg, fish and dairy, actually increased land pressures compared to the baseline (large amounts of land are devoted to pastureland to raise dairy cattle, and to grow feed for fish that are increasingly derived from aquaculture). In fact this diet, which is meant to be healthier for humans, isn’t so for nature: the extra land use increases the threat to global biodiversity by 10%, the study found.

Against these varied and complex dietary scenarios, tackling food waste offers an unexpectedly effective and elegant solution for saving biodiversity, the models suggest.

The researchers calculated that even if we leave current US diets unchanged, simply cutting avoidable food waste by half would reduce required food production, taking huge amounts of pressure off farmland, reducing the area required to fulfill American dietary needs, and therefore reducing biodiversity loss—all by about 17%. Food waste reduction is “way more beneficial for environment and biodiversity than it might appear at first glance,” says Read.

This figure significantly outpaces the biodiversity benefits of a Mediterranean-style diet. And while it isn’t as effective as the 30% reduced biodiversity threat achieved by a nationwide vegetarian diet, tackling food waste could make US food production more efficient, reducing the need for fruit and veg imports from biodiversity-rich regions—and thereby helping tackle the trade-offs of this more sustainable diet.

What’s more, slashing the US’s food waste by half can still accomplish the bulk of the biodiversity benefit achieved by sustainable diets, but with comparably less effort. “Changing diets is an incredibly fraught and problematic thing, making it all the more important to put resources toward food waste reduction—in addition to diet shifts. But we can expect more short-term success with food waste reduction,” says Read.

However we approach the challenge, the study reveals the importance of including biodiversity measures when we account for the environmental pressures of our food systems. By labelling diets as ‘sustainable’ just because they reduce emissions, for instance, we see only part of the picture and risk falling into a trap that puts nature and our food futures at risk.

Likewise, no single solution will achieve the deep reductions in biodiversity loss that our planet needs to see. In fact, the researchers found that the biggest biodiversity benefits occur when food waste reductions are combined with dietary change: slashing US food waste by half, and pairing it with more sustainable consumption could reduce the country’s food-related global biodiversity threat by almost 45%, they determined.

“Together, diet shifts and food waste reduction can help us achieve that crucial goal,” the researchers write.