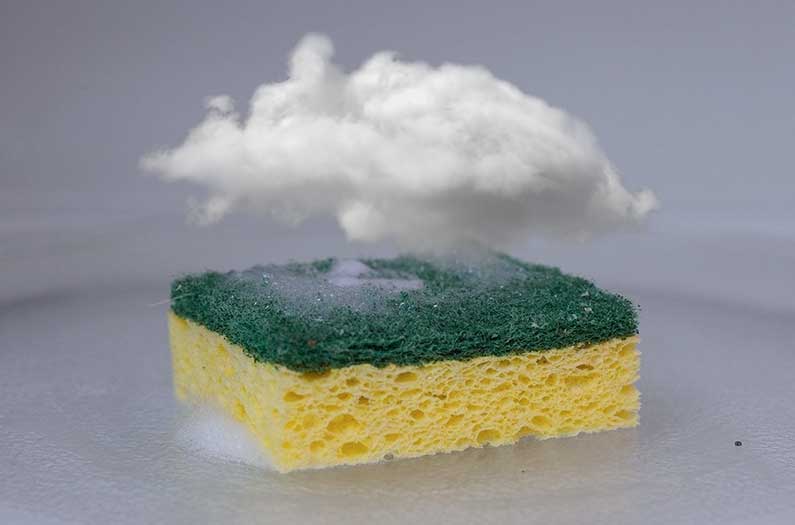 Compared to today’s sorbents, the new super-porous material could absorb carbon dioxide from smokestacks at much lower cost and energy
By Prachi Patel
April 14, 2022

Plastic pollution and industrial carbon emissions are two of the most pressing environmental challenges the modern world faces. And researchers at Rice University have come up with an innovative solution to tackle both at the same time. By chemically treating plastic waste, they have turned it into an ultra-porous material that can soak up carbon dioxide.

The particles could be used in industrial and power plant smoke stacks to capture carbon dioxide from flue gases. “It is a win-win,” says professor of chemistry James M. Tour. “Two trash problems work together to solve each other. You’re essentially taking something of lower value and using it to make something of higher value.”

Most of the plastic waste produced in the world today ends up in landfills or littering the environment. Conventional mechanical recycling methods to recycle plastic typically give lower-quality materials that are used to make low-value products. Another technique called pyrolysis that heats up plastic waste gives waxes and oils and extremely low-value carbon products.

Tour and his colleagues added a simple twist to pyrolysis to make a useful material. Heating up plastic in the presence of potassium acetate, they found, turned it into highly porous sponge-like particles with nanometer-scale pores that can trap carbon dioxide molecules.

The method, reported in the journal ACS Nano, is simple. The team pulverized plastic waste into powder, mixed it with potassium acetate, and heated it to 600°C. The process works on plastics that are resistant to chemical recycling, such as polypropylene and high- and low-density polyethylene, two of the most commonly used plastics for packaging that constitute the majority of municipal waste. And it works with a mix of different types of plastic. It should be easy to implement on a large scale “since plastic is already treated in a very similar manner, just without the potassium acetate,” says Tour.

Liquid sorbents are used currently to scrub carbon dioxide emissions from smokestacks. Those sorbents have to be heated to high temperatures to release the trapped carbon dioxide so they can be reused. The liquids also evaporate or decompose over time. The new material, by contrast, needs much lower temperatures of 75°C, for this regeneration, which makes it less energy-intensive, and is more stable. It  should also cost less, the team calculates: about $21 per ton of carbon dioxide as opposed to $80/ton for amines.

The researchers are now exploring even less expensive methods to release the carbon dioxide, Tour says. But many people are already calling with interest in the technology, he adds. “We have started a company to exploit this and it is studying a pilot plan now.”