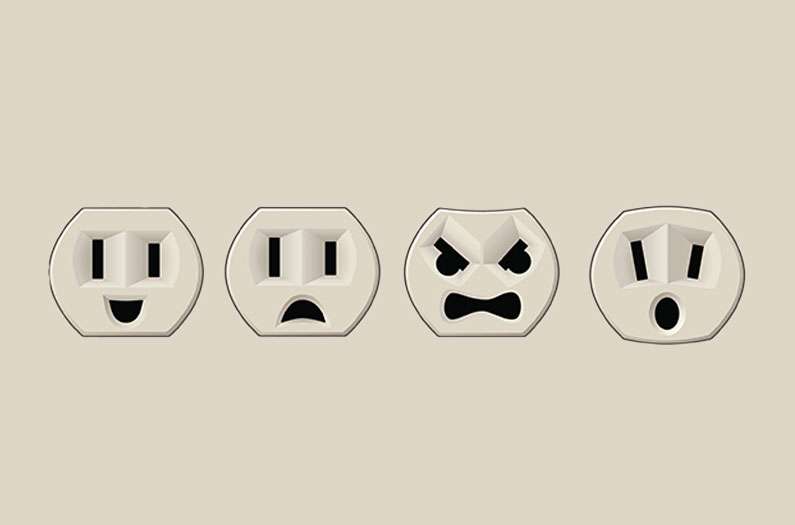 The energy requirements of a good life are surprisingly low

New research finds that more energy consumption (beyond about 75 gigajoules per person per year for most metrics) no longer contributes to greater well-being
By Sarah DeWeerdt
April 19, 2022

The average global energy consumption—79 gigajoules per person per year—is sufficient to power a healthy, comfortable life for everyone on the planet, according to a new study.

The analysis is part of a growing body of research aimed at figuring out how to achieve climate goals while also providing modern energy resources to those who lack it. The findings suggest that this balance might be easier than expected to strike: the world doesn’t need a massive expansion of energy infrastructure; energy just needs to be more equitably distributed.

By the same token, countries with high per-capita energy use could reduce consumption without sacrificing well-being. In the United States, for example, energy use is about three and a half times the global average at 284 gigajoules per person per year.

“Energy use and consumption per person have risen even faster globally than population growth,” says Rob Jackson, professor of Earth System Science at Stanford University in California. “People in countries like the U.S. are starting to ask what all this extra stuff filling our lives gets us. The answer appears to be very little, perhaps nothing.”

Jackson and his colleagues analyzed energy-use data from 1971 to 2018 for 140 countries around the world. They cross-referenced these data with 9 different metrics of well-being, including life expectancy, infant mortality, food supply, access to sanitation services, access to electricity, and even more abstract measures such as happiness and prosperity.

The researchers calculated the level of energy use associated with maximum performance for each metric. Previous studies have looked at minimum thresholds of energy use required to achieve individual metrics, but the new study gives a more comprehensive view.

Recommended Reading:
How much energy would it take to end poverty?

Increasing energy use leads to increased well-being, but only to a point. Five of the metrics plateau at energy use between 10 and 30 gigajoules per person per year, the researchers report in the journal Ecosphere. (A gigajoule is equivalent to the amount of energy contained in 26 liters of gasoline, enough to keep a 60-watt lightbulb lit for six months straight.)

Eight of the nine metrics plateau at or below 75 gigajoules per person per year. The results are surprising, Jackson says: “We didn’t expect everything we looked at to plateau, and certainly not at energy levels below what many of us consume each year.”

The outlier is air quality, which maxes out at a much higher level of energy use than the other metrics—125 gigajoules per person per year. This may be because early energy development has historically relied on fossil fuels, and publics are only able to focus on and organize demands for cleanup once a certain level of societal wealth has been achieved, the researchers say.

Dozens of countries around the world are “energy-poor,” meaning they have per-capita energy use below the global average, and their energy systems need to be expanded in order to achieve better outcomes for their populations.

By the same token, just because a country uses more energy than the thresholds defined in the study doesn’t mean that it will maximize well-being – only that energy is not the limiting factor.

Recommended Reading:
How Much Energy Will the World Need?

“Institutions and social connections matter. Some countries have better health-care systems and social structures that take of people. They reduce isolation and improve physical and mental health,” Jackson says. “Corruption matters, too, reducing outcomes in countries we studied.”

The researchers identified 10 countries that have higher measures of well-being across multiple metrics compared to other countries with similar amounts of energy use, suggesting that they translate energy into well-being relatively efficiently: Albania, Bangladesh, Cuba, Denmark, Finland, Iceland, Malta, Morocco, Norway, and Sri Lanka.