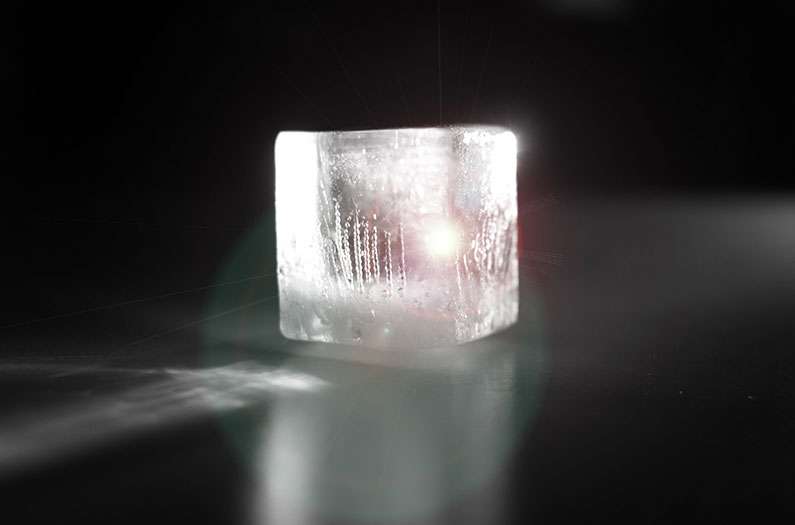 This battery could freeze solar and wind energy for months

With its use of low-cost, non-toxic materials, the new molten-salt battery could offer cheaper grid storage than rivals
By Prachi Patel
April 7, 2022

An electrical grid that seamlessly incorporates wind and solar power is going to require a way to store immense amounts of energy for when turbines can’t spin or the sun isn’t out. What’s especially needed is a battery that can store energy for months without losing storage capacity.

And now researchers at Pacific Northwest National Laboratory have created just such a battery. The new freeze-thaw battery locks in energy for months when the active material inside it goes from liquid to solid. Then, when warmed up, it can discharge 90 percent of that stored energy, the researchers report in Cell Reports Physical Science.

“It’s a lot like growing food in your garden in the spring, putting the extra in a container in your freezer, and then thawing it out for dinner in the winter,” said first author Minyuan Li in a press release.

Wind and solar power have been rapidly replacing coal and natural gas in recent years, now making up over 9 percent of global electricity generation, according to the International Energy Agency. Soaring natural gas and coal prices due to the war in Ukraine and the Covid-19 pandemic are expected to accelerate the shift towards renewables.

The new PNNL battery is a type of molten-salt battery, a technology that has been around for a few decades. It typically uses a molten salt—a material that is solid at room temperature but liquid at higher temperatures—as the electrolyte that allows charge to flow between the electrodes.

Compared to known molten-salt battery chemistries, the team created a design based on common, low-cost, and less reactive materials. The anode and cathode are made of solid aluminum and nickel, respectively. The researchers immerse these into a sodium-aluminum-chloride molten salt.

Recommended Reading:
Algae powers computer for a year using only light and water

The battery charges at 180°C, where the electrolyte is in its molten state, allowing ions to flow through to create energy. By comparison, commercial molten salt batteries, called sodium-sulfur batteries, operate at 245–350°C. Cooling the device to room temperature solidifies the electrolyte, which keeps its ions in place and locks in the battery’s energy. The battery simply has to be reheated whenever that stored energy is needed.

Tests of the hockey puck-sized prototype battery showed that it retained 92 percent of its capacity over 12 weeks.

The stable chemistry allows the PNNL team to make an important upgrade. Conventional higher-temperature molten-salt batteries require brittle ceramic separators between the electrodes. These can be more expensive and can break during the freeze-thaw cycle.

The PNNL researchers instead use a cheaper and sturdier fiberglass separator. They estimate the battery material cost to be around $23 per kilowatt hour. By using even cheaper metals like iron, the researchers speculate they could bring cost down to about $6/kWh, which is about 15 times less than the materials cost of today’s lithium-ion batteries.

“You can start to envision something like a large battery on a 40-foot tractor-trailer parked at a wind farm,” said Vince Sprenkle, a senior strategic advisor at PNNL and co-author of the paper. “The battery is charged in the spring and then the truck is driven down the road to a substation where the battery is available if needed during the summer heat.”