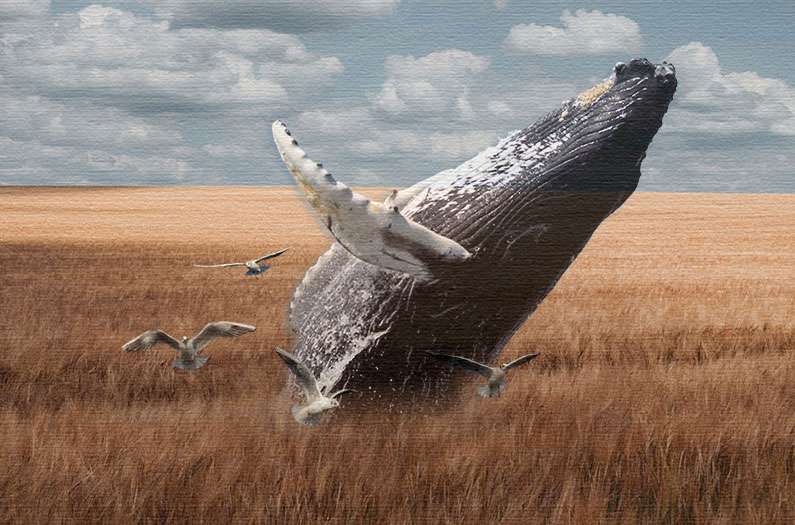 We’re running out of phosphorus for farming. Whales and other wildlife could build it back up

Phosphorus: it underpinned the green revolution that built our modern-day food systems. But this crucial mineral is declining worldwide, and we’re scrambling to recycle it and recoup what we can. Now researchers suggest we start restoring this critical ingredient, through an under-appreciated source: wildlife.

Writing in Science of the Total Environment, they float the idea that if we restored wildlife habitat and boosted biodiversity, we could reinvigorate several billion dollars-worth of natural phosphorus flows around the planet. To support this ambitious idea, the researchers suggest a scheme similar to carbon trading, where countries can pay to support projects that measurably increase phosphorus through richer and more biodiverse ecosystems.

Currently, our primary source is rock that’s rich in calcium phosphates, which we mine and spread over fields in fertilizer. But even as this non-renewable resource runs out, up to 95% of applied phosphorus is lost through industrial and agricultural systems, the latter leaching the nutrient into freshwater systems that end up flowing into the sea, which becomes a sinkhole for this precious resource.

So where does wildlife come into this equation? Animals are constantly cycling phosphorus through their bodies, releasing it as urine and feces. It’s why bird guano is often mined for fertilizer. And because animals move, historically they’ve played a major role in dispersing phosphorus around the globe.

The researchers on the new paper set out to quantify that role, estimating historic phosphorus flows from animals in pre-Industrial times, before widespread extinction and population decline. They calculated first of all, that human impacts have reduced animal-driven phosphorus flows by more than 90%. If animal populations were back up to pre-Industrial levels, however, they would create phosphorus dispersal on a scale equivalent to the movement of abiotic material by river systems, or dust by wind around the globe.

Looking at specific groups of animals, they calculate that revived seabird populations—whose numbers have declined by 69.5% since 1950—together with some types of salt-to-freshwater fish, could distribute up to $4.8 billions-worth of phosphorus around the planet per year. Research has already shown that in the Amazon basin alone, herbivores move around $900 million-worth of phosphorus each year. These estimates are conservative, the researchers say, because they only included large vertebrates in their study, leaving out animals like small reptiles and insects.

But against the backdrop of these big numbers, the larger question of course, is how to restore wild animal populations to levels that reinstate these phosphorus flows—an enormous challenge that would involve furthering protection of existing biodiversity hotspots, integrating wildlife with urban landscapes, building in wildlife corridors, and even removing fences from farmland to encourage free movement of animals.

And while the task of recuperating wildlife to its pre-Industrial glory might seem impossibly big, the researchers have an idea for starting to move us in that direction: trading on its benefits.

They take their cue from trading schemes like REDD+ that aim to reduce emissions through forest conservation, to outline several ways a trading scheme might unfold. In one instance, the researchers envision that countries that mine phosphorus could be taxed on the product they extract. Phasing in a 10% tax on mining could yield $6.5 billions annually, they calculate, which could then be directed to global biodiversity projects that help to shore up wildlife and measurably increase phosphorus production, therefore keeping this natural resource cycling around our shared biosphere.

Because boosting biodiversity loops in several other ecosystem benefits—protecting habitat, capturing emissions, even increasing resistance of crops to pests and disease—there would be a clear environmental and political case to support such schemes.

For now, this is just a thought experiment, with major unknowns, complexities and potential caveats still to uncover. But the researchers urge others to build on their work, which might just be the start of a transformative idea. “Let us restore wildlife populations and revitalize the natural phosphorus pump so that we can all benefit from a more nutrient-rich world,” the researchers say.