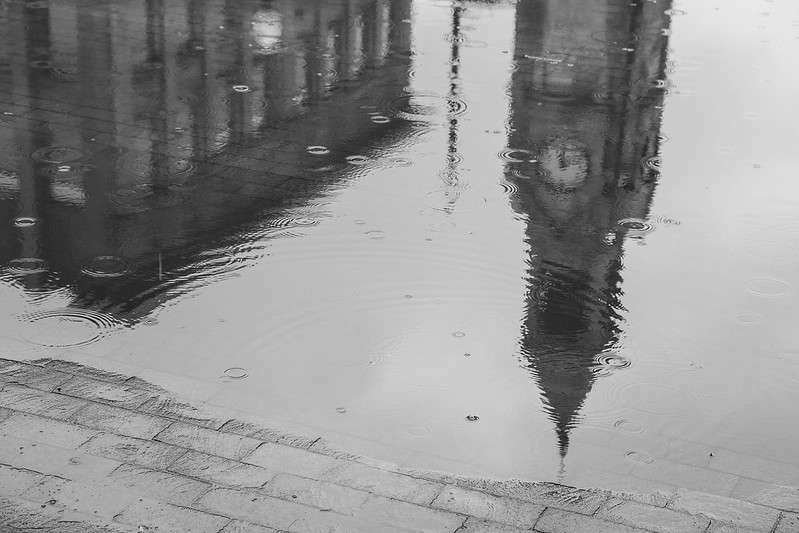 Cities need new types of pavement capable of absorbing a flood. This team has a customized recipe.

Australian researchers devised an algorithm for permeable pavement tailored to local soil and rainfall conditions
By Sarah DeWeerdt
May 31, 2022

Climate change is altering rainfall patterns, making storms more intense in many locations. Meanwhile, more people are moving to cities around the world. The combination of those two trends adds up to an increased risk of urban flooding.

One strategy to manage that risk is permeable pavement, which, in contrast to the unforgiving hardscape of conventional urban development, enables rainfall and runoff to filter into the ground. In turn, this eases the burden on stormwater collection systems and reduces urban flooding. A variety of different types of permeable pavements have been developed for driveways, parking lots, secondary roads, and walking trails.

Permeable pavements can reduce surface runoff by up to half, but in practice their performance varies widely. Now, researchers at the University of South Australia have developed an algorithm to rapidly home in on the correct design for permeable pavements in different Australian cities to help city planners maximize the performance and sustainability benefits of this infrastructure.

The researchers focused on a type of permeable pavement with three layers: interlocking concrete pavers on top, then a layer of gravel, and finally a mixture of dirt and small rocks called the base course layer on top of the natural soil.

So the researchers gathered data on rainfall patterns and soil characteristics for 107 communities across Australia. They then constructed an algorithm to predict the base course thickness required to hold a 70% of the water from a 30-minute storm in a given location, and mapped the results.

“The results showed a strong relationship between soil characteristics and pavement thickness,” the researchers report in the journal Sustainability. “The design thickness generally needs to be higher if the rainfall intensity is higher or soil permeability is lower.”

Read:  How much land is needed to stop the biodiversity crisis?

Water can filter quickly into sand and gravel soils, which in many areas require a base course thickness of just 100 millimeters (the minimum required to stand up to light vehicle traffic). But clay soils have low permeability and often require a thicker base course for the permeable pavement to be effective.

Southern, western, and central parts of Australia have sandy soil and sparse rainfall, and permeable pavements there require only the minimum base course thickness, the researchers found. “At least one-third of Australia requires a design thickness less than 120 mm, largely because of the common rainfall patterns,” they write. “The high rainfall and clayey soils in the north-eastern zones result in the highest design thicknesses (more than 250 mm) for controlling surface runoff and urban flooding.” The results can provide a starting point to help planners and policymakers in different parts of Australia decide how permeable pavements should be constructed, the researchers say.