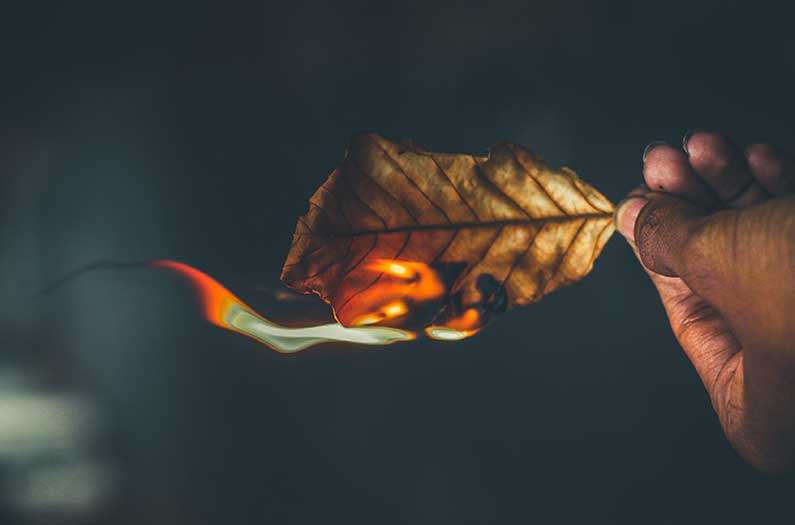 New research suggests trees in the future won't get a big growth spurt from more CO2, and will die more in wildfires, droughts and insect outbreaks.
By Warren Cornwall
May 18, 2022

These days, it seems like everyone wants to plant a tree. The World Economic Forum is promoting a plan to grow a trillion trees. The Nature Conservancy is pushing for a billion. Major corporations such as Apple are pumping money into forest restoration.

Much of the work is meant to help counter climate change by harnessing photosynthesis to suck carbon dioxide from the atmosphere. In part, companies and governments hope it will help them make good on promises to cut their overall climate pollution to zero. But new research suggests forests might not be quite the climate saviors we hoped.

That’s not to downplay the critical role trees play today in countering climate change. Forests soak up roughly a quarter of human-caused climate emissions each year. But there are uncertainties about how forests will fare in a hotter world.

The questions run from the basics of how trees grow, to continent-scale forecasts of how heat and drought could reshape the landscape. Scientists at the University of Utah tackled the issue at both levels and, in a pair of papers, delivered some sobering news last week.

When it comes to basic biology, a key uncertainty has been whether tree growth is limited more by photosynthesis or by how quickly a tree can make new cells that become wood. If photosynthesis is the driver, more carbon dioxide in the atmosphere could act like fertilizer, fueling greenery that would suck up greenhouse gases. If it’s wood-building, then trees might not get a growth boost from CO2, especially if plants experience more stress due to factors such as drought.

To solve the puzzle, scientists turned to a network of sensors installed on towers in forests across North America, Europe, Japan and Australia. These sensors sniff out fluctuations in carbon dioxide levels in the nearby air, essentially seeing how the vegetation breaths. This provides a way to gauge how much photosynthesis is happening.

The researchers tracked new wood being made in trees in these forests by measuring their annual growth rings. Each ring in a tree’s trunk mark its growth during a year. A thicker growth ring translates to more wood, and more carbon dioxide trapped in the tree.

To their surprise, in forests across the globe the trees did not grow in lockstep with how much photosynthesis was happening. Cell production was the bigger driver. “We did not expect to see such a widespread pattern,” said Antoine Cabon, a University of Utah postdoctoral researcher and lead author of the paper, which appeared in Science.

The split between photosynthesis and growth was stronger in some places. Cold, dry forests showed less influence from photosynthesis than warm, wet forests. Tree growth in forests dense, closed canopies and lots of shade was also less effected by CO2 levels.

The findings suggest that current models used to forecast the future of climate change might be overstating how much forest growth will help ease the problem. Today, those models generally assume levels of carbon dioxide exert a strong control on tree growth and show forests getting more green in the coming decades, making them a counterweight to carbon pollution. But “for many forests this may not actually happen,” said Cabon.

Forests might also lose their green for other reasons. William Anderegg, a University of Utah researcher involved in the Science paper, teamed up with eight other U.S. scientists to see how climate change might kill trees in the United States over the rest of the century.

The researchers tapped computer models built to predict how different climate-related variables, such as temperature and precipitation, influence the likelihood of tree-killing wildfires, insect outbreaks and droughts across the U.S. They compared the results to data from 1984 to 2018 to test the models’ accuracy.

Then they tried to look into the future by matching the forest models with forecasts of how the climate is expected to change, depending on levels of carbon pollution.

The results can be summed up succinctly: More dead trees. “Climate change is going to supercharge these three big disturbances in the U.S.,” said Anderegg, referring to drought, insects and other kinds of climate-related stresses.

By the end of the century, wildfire risks are expected to rise to between 4 and 14 times above historic levels, depending on how high climate emissions rise. Tree death related to other factors such as drought and insects could be between 1.3 and 1.8 times higher, according to their paper in Ecology Letters.

The researchers created a digital map of the U.S. that enables people to toggle between different scenarios.  Look at 2020, and orange stripes of forests at high risk of wildfire run down the West Coast and Rocky Mountains, with a sprinkling in Oklahoma and Florida. Fast forward to 2090 and broad swathes of the West light up, along with large patches of the Midwest and Southeast.

That might spell trouble for those tree planting initiatives. Carbon trapped in new trees could literally go up in smoke, canceling out expected climate benefits. Other trees may struggle to endure in a changing climate, a problem some forestry experts are trying to tackle by planting trees adapted for a hotter future.

The researchers noted that while some carbon offset programs try to account for risks, they don’t include factors such as the rising chance of wildfires. The new findings, they warn in the paper, “raise serious questions about the integrity of these programmes.”

Photo by Ahmed Zayan on Unsplash