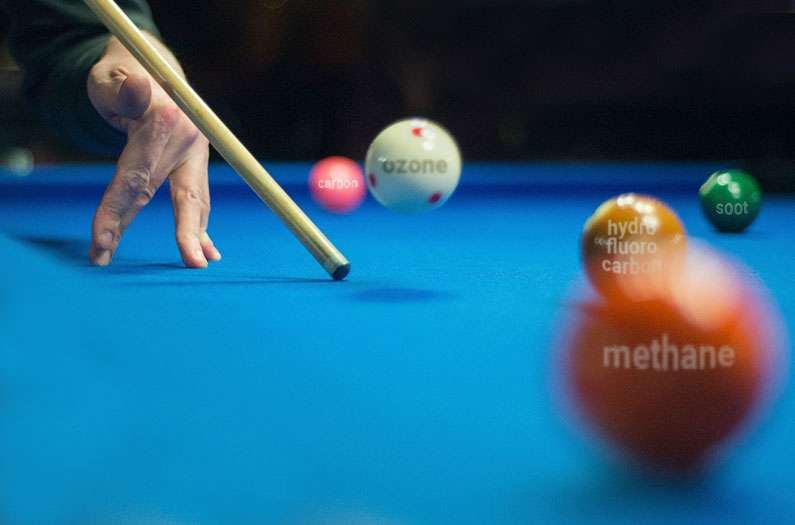 A new study is the first to assess the impacts of curbing only CO2 emissions—versus cutting other pollutants causing nearly half of all warming
By Prachi Patel
May 26, 2022

Slashing carbon dioxide emissions will not be enough to keep warming below the temperature threshold that will keep the planet habitable and avoid the worst climate change effects, according to a new study.

Efforts to combat rising temperatures have focused on carbon dioxide, but other pollutants such as methane are responsible for nearly half of all climate warming. In the new paper published in Proceedings of the National Academy of Sciences, the researchers say that targeting all those pollutants will be necessary not only to limit warming in the next 25 years, but also to keep temperatures from rising above 2 °C by the end of the century.

Carbon dioxide, mostly emitted from the burning of fossil fuels, is mainly responsible for heating up the planet since the start of the industrial era. It can persist in the atmosphere for centuries, trapping heat. Most international government efforts for climate mitigation revolve around decarbonizing economies by phasing out fossil fuels and cutting carbon emissions.

But the research team assessed the impacts from four other pollutants: methane, black carbon soot, ground level ozone, and hydrofluorocarbon refrigerants. These pollutants last for a much shorter time in the atmosphere, but cause just as much warming as carbon dioxide, the team says. Yet they have been absent from global mitigation actions.

The new study is the first to assess the impacts of curbing only carbon dioxide emissions, versus emissions of all these greenhouse-effect pollutants. Using data on radiative forcing—which measures heating of the lower atmosphere and the Earth’s surface—from the U.N. Intergovernmental Panel on Climate Change, the researchers assessed the net warming effect of carbon dioxide and non-carbon dioxide pollutants from both fossil fuel and non-fossil fuel sources.

Tackling only greenhouse gas emissions from fossil fuel sources will not solve the climate crisis, they found. Achieving net-zero carbon emissions will be essential for the long-tern to keep global warming below 2°C past 2050. But it will not be enough in the short run to keep warming below that cutoff by 2050.

Reducing levels of both carbon dioxide and all the other pollutants could keep global temperatures from rising beyond 1.5°C, the temperature cutoff beyond which experts agree that climate impacts could increasingly harm people and the planet.

“Decarbonization is crucial to meeting our long-term climate goals, but it’s not enough,” Drew Shindell, a professor of earth science at Duke University and co-author of the paper, said in a press release. “To slow warming in the near-term and reduce suffering from the ever-increasing heatwaves, droughts, superstorms and fires, we need to also reduce short-lived climate pollutants this decade.”