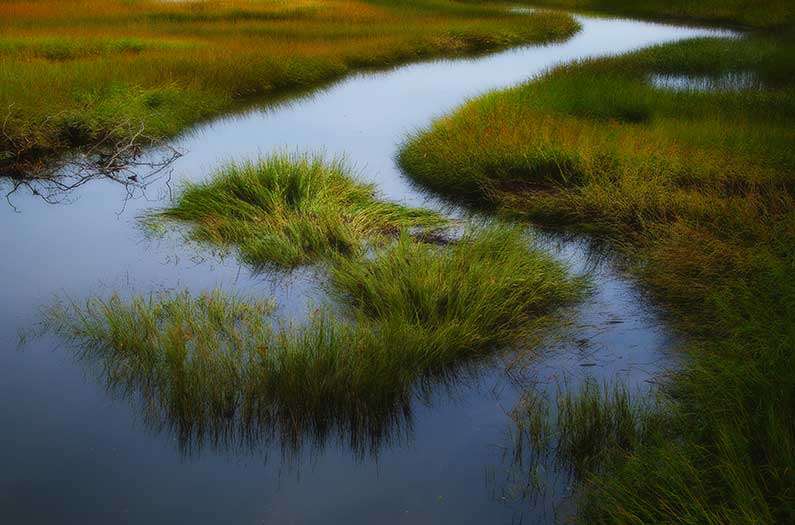 These soggy places can hold carbon at ten times the density of a forest
By Warren Cornwall
May 11, 2022

What do bogs in Indonesia and mangrove forests in Central America have in common? They are both powerful carbon sponges, capable of sucking up greenhouse gases at up to five times the rate of a forest. And they are both disappearing at alarming rates.

That combination makes them prime candidates for protection and restoration, as the world looks for ways to tackle global warming, according to a group of U.S. and European scientists.

Certain kinds of wetlands, including peat bogs, mangrove forests, eelgrass beds and coastal marshes are “global ‘hotspots’ of CO2 storage,” said Ralph Temmink, a wetland ecologist at Utrecht University in the Netherlands, who took part in the research.

While the carbon-sequestering potential of these ecosystems is widely known, Temmink and his colleagues scoured the scientific literature to paint a more detailed picture of both the perils and the promise of these soggy places. Call it an ode to a wetland.

These ecosystems are carbon-capture standouts because the plants growing there don’t just stash carbon in their leaves, branches and roots. They also trap enormous amounts of organic matter underwater in low-oxygen conditions, where it won’t break down and release carbon dioxide. The plants are, in essence, building land.

In peat bogs, soggy depressions with little drainage, such as shallow ponds, can become home to plants that thrive in waterlogged soil. Over time, the dead vegetation accumulates faster than it breaks down, replace open water with mats of dead plants that can grow to 10 meters thick. In tropical regions with faster-growing plants, these bogs can hold carbon at ten times the density of a forest, according to the researchers.

Coastal wetlands, meanwhile, don’t just build land with their own detritus. They also act like giant traps, filtering carbon-rich material from nearby rivers and the ocean. Mangroves, whose distinctive, finger like roots extend from the trunk to create a network above the ground, can collect sediments while blocking erosion from waves.

All told, these places cover 1% of the planet but account for 20% of all the organic carbon absorbed by ecosystems, the scientists reported May 6 in Science.

That makes such areas prime candidates for conservation in the name of climate. It also makes their destruction all the more problematic. Today, the researchers estimated that such ecosystems are disappearing at a rate of 1% a year, releasing enough carbon to equal 5% of all human emissions annually. Already, tropical peatland has shrunk by 41%. In Indonesia, home to some of the highest concentrations of tropical peat bogs, swamps are drained and cleared to make way for agriculture such as palm oil plantations. Salt marshes have declined by 42%, mangroves by 35% and seagrass by 29%.

The only region holding steady is peat in cold forests closer to the poles, though melting permafrost is transforming those ecosystems as well.

It’s much easier to break than repair these places. Past efforts to rebuild land-creating wetlands have been expensive and prone to failure. The costs run from $750 up to an eye-popping $1 million for a hectare of land, compared to $500 to $5,000 for forests and grasslands.  The wetlands projects also only succeeded approximately half the time, researchers have found.

But there are some signs of hope, said the scientists. New restoration techniques are more successful. For bogs, that can mean installing dams to flood larger areas. At coastal wetlands, people had earlier used sparse plantings that couldn’t withstand the force of waves. Creating larger, more dense patches at once or installing clumps of vegetation can help solve that problem, said the researchers.

“The good news is that with this knowledge, large-scale restoration of these important wetlands is now within reach,” said Tjisse van der Heide, a study author and coastal researcher at the University of Groningen in the Netherlands.