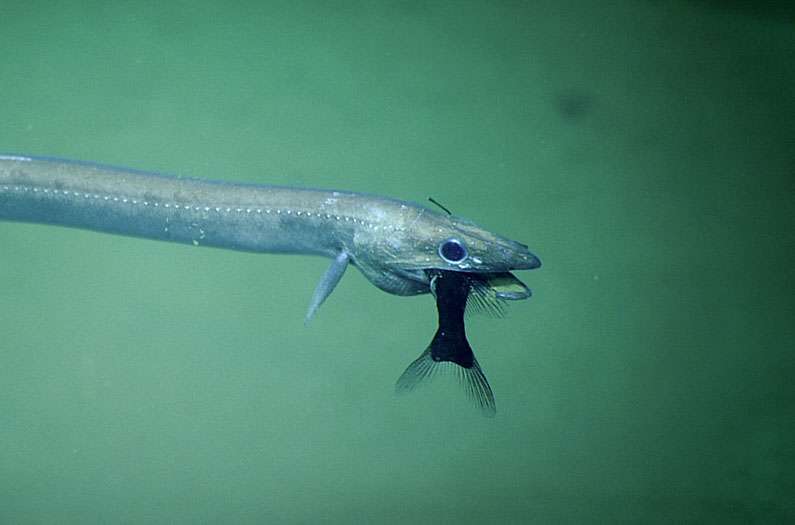 Ecosystems, fisheries managers and people who rely on fishing could be in for a wild ride, as scientists find that warmer oceans make for hungrier fish.
By Warren Cornwall
June 15, 2022

As temperatures climb in the ocean, so do the appetites of its inhabitants.

Fish living in balmy, tropical waters consistently eat more than their cold-water brethren, according to new research, a finding that points to one way climate change could alter marine ecosystems as fish grow more hungry.

“Warmer waters tend to favor animals high in the food chain, which become more active and need more food—and it’s their prey who pay for that increased activity,” said Emmett Duffy, director of the Smithsonian’s Marine Global Earth Observatory network and a leader of the research. “This suggests that warming seas could see big shifts in the life of sensitive seabed habitats.”

The oceans have become a dumping ground for much of the excess heat trapped by rising levels of greenhouse gases, absorbing an estimated 90% of the extra heat. Among other things, that has raised overall ocean temperatures to the highest ever recorded and is thought to be contributing to a surge in the number of underwater heatwaves that have baked coral reefs and triggered massive seabird die-offs.

It has long been known that a fish’s metabolism revs up as the temperature rises. Unlike mammals, the body temperature of fish adjusts to match the levels of its surroundings, and staying warmer requires burning more calories.

What was less well understood is the strength of the relationship between temperature and fish appetite across entire continents. Nor did scientists have a clear picture of how that connection shaped surrounding ecosystems.

To figure it out, scientists fanned out to 36 spots along the east and west coasts of North and South America, armed with dried squid “popsicles” mounted on stakes. They visited places as frigid as Tierra del Fuego on the southern tip of Chile and as tropical as the Caribbean Sea near Bocas del Toro, Panama.

At each location, they stashed a number of these squid treats in relatively shallow seascapes near the shore. After an hour, they counted how many of the squid pops had been devoured. In warmer locations, where water temperatures hovered around 30° Celsius (86° Fahrenheit), more than 10 percent of the treats were gone. Consumption dropped swiftly in tandem with temperature, falling to almost no activity at 15°C (59°F), the researchers reported last week in Science.

When scientists looked at the statistics, temperature tracked most strongly with how much of the bait was eaten. Not surprisingly, predator behavior also tracked with latitude, with hungrier fish closer to the equator—where the water is generally warmer.

To see how these different appetites might influence ecosystems, there was a second step to the work. Scientists left small squares of plastic underwater in each location. Some squares were left unprotected, while others were surrounded by a cage designed to allow small creatures to reach the plastic, while excluding larger, predatory fish.

After three months, the fate of those panels was dramatically different in warm-water areas. In protected plastic habitats, soft-bodied tunicates or “sea squirts” that resemble little blobs of jelly flourished, while hard-bodied creatures that lie flat – called bryozoans – were less common. In plastic exposed to predation, the picture was flipped. Total biomass was far lower, and bryozoans flourished while the tastier, more exposed tunicates nearly vanished.

“As predation changes, some species will be winners and some will be losers,” said co-author Greg Ruiz, head of the Smithsonian Environmental Research Center’s (SERC) Marine Invasions Research Lab. “Some will be defended; others will be vulnerable. But we don’t know exactly how that will play out.”

The scientists also discovered that a water temperature of 20°C acted as a kind of threshold for fish predation. In water colder than that, feeding intensity dropped sharply, and there was much less difference in the communities colonizing caged plastic versus uncaged plastic.

Recommended Reading:
Letting the big fish get away could be an unexpected climate solution

“This temperature threshold represents an ecological tipping point in these coastal marine ecosystems, above which predation intensity increases,” said Amy Freestone, a co-author and associate professor of biology at Temple University.

As temperatures rise in colder reaches of the ocean, it could bring more intense feeding pressures from predators, potentially changing ecosystems. “More coastal waters will exceed this tipping point, or warm even further, fundamentally changing how these ecosystems function,” Freestone said.

Recent marine heatwaves already show some of the ways that warmer water can wreak havoc with existing cold-water ecosystems. They also suggest that fisheries managers who set restrictions to prevent overfishing might be in for a wild ride.

A massive patch of warm water dubbed “The Blob” occupied much of the Gulf of Alaska from 2013 to 2016. By the second year, cod populations there had crashed by 70%, forcing managers to essentially shut down a fishery worth $100 million a year. Only close monitoring enabled scientists to see the problem and respond.

The prime suspect behind the disappearing fish there: Warmer temperatures drove up the metabolism of cod, which subsequently starved.

The effects in the tropics, meanwhile, are something of a mystery. That’s because waters there are already the hottest in the study. If temperatures rise still further, it’s not clear if fish will grow still hungrier, or if some species won’t be able to take the heat, changing feeding pressures in unexpected ways.

“We don’t really know what might happen in the tropics, because we don’t have data from those warmer temperatures,” said Gail Ashton, lead author of the report and a marine biologist at SERC. 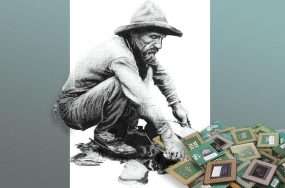