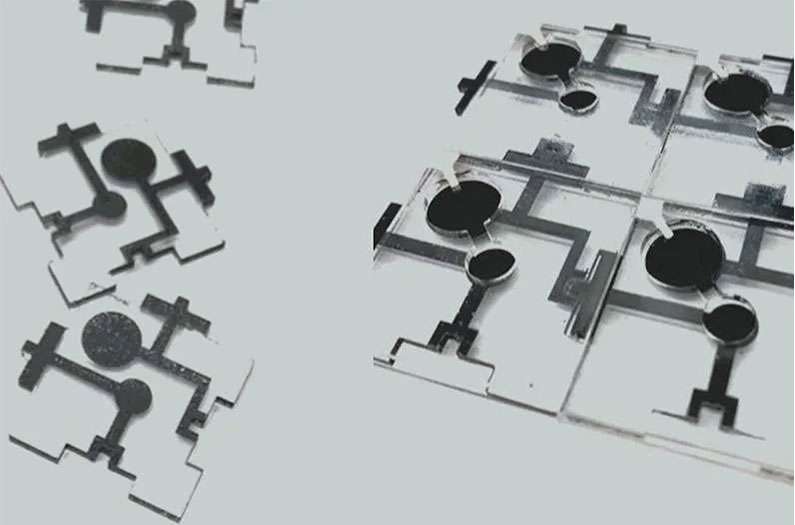 Researchers cleverly combined three different bacteria to make 3-cm-square biobatteries that can run for weeks instead of hours, and can click together for more or less power
By Prachi Patel
June 30, 2022

A battery that harnesses bacteria to store and create energy can generate power for three weeks. These biobatteries should be an affordable and eco-friendly solution for producing power in remote locations.

Bacteria are microscopic powerhouses, breaking down various chemicals and creating electrons in the process that can be tapped for electricity. Researchers have been trying to tap into this mechanism to create small, portable batteries to power sensors and small devices. Such batteries could be free of toxic chemicals and ideally biodegradable.

Electrical engineering professor Seokheun Choi at Binghamton University has been experimenting with such bacteria-based batteries for years. In 2018, he and his colleagues reported degradable paper-based devices. The problem is that those devices only lasted for a few hours.

To increase the lifespan of the batteries, the researchers have now added more bacteria to the mix. They previously used a system containing two types of bacteria to generate power for their biobatteries, but now use a three-bacteria system instead.

Read:  This battery could freeze solar and wind energy for months

The researchers create solutions of the microbes in liquid polymers and then deposit them sequentially on a surface. This confines the individual bacterial species in semi-solid layers. Then they encase this vertical stack of the three bacterial layers in a 3cm x 3cm plastic block.

The topmost layer contains photosynthetic bacteria that, like plant cells, absorb sunlight for energy to produce organic food molecules for the bacteria in the lower layers. The bugs in the middle layer produce some chemicals that aid the bacteria in the bottom layer to absorb the nutrients and generate electricity.

By connecting multiple bacterial power blocks together, much like Lego bricks, people could get the amount of power they need for specific applications, Choi said in a press release.

“My ultimate target is to make it really small,” he said. “We call this ‘smart dust,’ and a couple of bacterial cells can generate power that will be enough to operate it. Then we can sprinkle it around where we need to.”