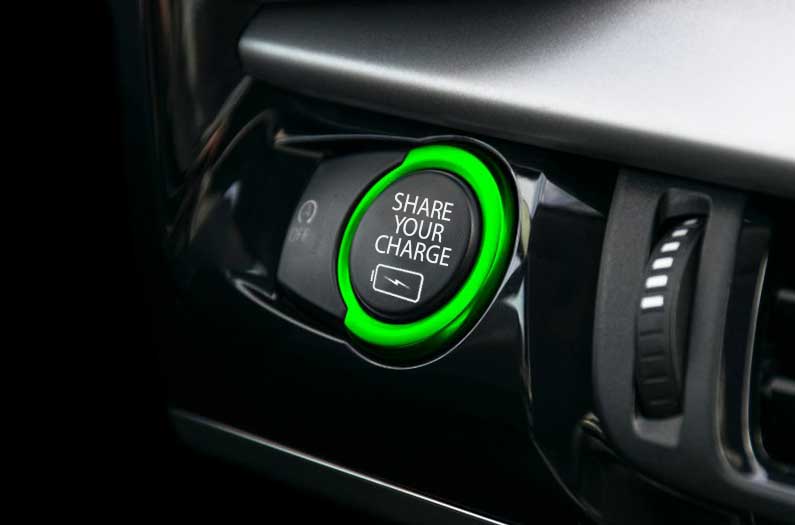 Think military jets being refueled in-flight by tanker aircraft . . .on a smaller scale with a lot less carbon emissions.
By Prachi Patel
June 23, 2022

As the U.S. federal government moves ahead on planning a $7.5 billion nationwide EV charging network, private companies are also plugging away at building their own charging grids. But the charging station expansion isn’t keeping up with the growing number of EVs on the road.

In a new study, engineers propose a way around this conundrum: EVs that share charge with each other while driving. In their vision, cars with low batteries could buy some charge from others with extra to spare, all without stopping. This peer-to-peer charging system could be orchestrated via a cloud-based control system, they write in the journal Scientific Reports.

Limited driving range, a lack of charging stations, availability of an open charging slot, and slow charge-up time are the main sources of frustration for current and potential EV owners. Meanwhile, lithium-ion batteries remain expensive to make, and carry an environmental cost themselves because of the metals they use. The proposed system could be a solution to all these hurdles standing in the way of large-scale EV adoption, the researchers say.

Electrical and computer engineer Prabuddha Chakraborty the University of Florida and his colleagues propose a two-battery system for EVs. A large, slow-charging lithium-ion battery would drive the car, while a smaller, fast-charging battery would be used for on-the-go charging. Once powered up, the small battery would transfer its charge to the car’s main battery. This multi-level battery would save precious charging time.

“Just like in your computer you have fast cache memory—but it’s expensive—so you have other type of high-capacity memories that are slower,” said Tamzidul Hoque, a professor of electrical engineering and computer science at the University of Kansas, and co-author of the paper, in a press release.

A cloud-based network would monitor charge levels of electric cars. If a car’s power is starting to run low, the network would alert it to other cars nearby with enough charge to sell. Once two cars are matched with owner consent, cables would connect them for charging and they would be locked at the same speed until the power transfer is complete.

Yet even in a well-planned, dynamic peer charging network, the researchers found in simulations that the total charge of the network will slowly deplete. To get around that issue, they further propose the concept of mobile charging stations: large battery-loaded trucks that would recharge multiple vehicles at once. Think military jets being refueled in-flight by tanker aircraft. These mobile stations could be powered by renewable sources to minimize greenhouse gas emissions.

Read:  Here’s How Much the UK’s Carbon Emissions Would Drop if All Cars Were Electric

They used a popular traffic modeling software to simulate how their on-the-go battery charging system would impact EV battery range. They found that it would eliminate range anxiety and re-charging wait time, and reduce EV cost by eliminating the need to have big batteries. “We saw a substantial reduction of refueling requirements among electrical vehicles, so that’s promising,” Hoque said. “We also did an analysis assuming the mobile charging stations are recharged using renewable energy, and saw a big reduction in carbon emissions.”