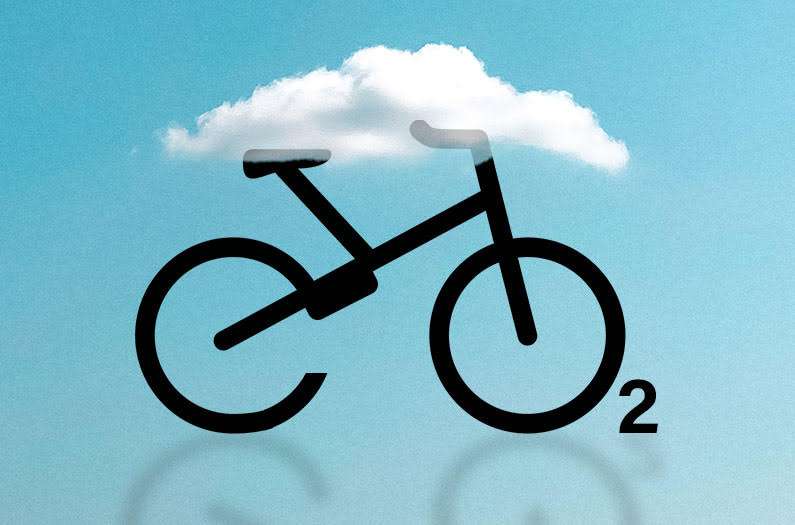 A lot more than you might think...and not necessarily where you think.
By Sarah DeWeerdt
June 14, 2022

E-bikes could take the place of enough car trips to cut transportation emissions in England by as much as 24.4 million metric tons of carbon dioxide per year, according to a new study. What’s more, the greatest per capita benefits of e-bikes—with the potential to shave more than 750 kilograms of carbon dioxide off a person’s annual carbon footprint—are seen in rural and exburban areas.

Most schemes to decarbonize transport focus on electrifying passenger cars and light trucks. But studies have begun to show that this can’t be accomplished on the scale needed in time to meet decarbonization goals. In other words, we need to reduce car use, not just electrify cars.

E-bikes, bicycles equipped with a small electric motor to boost pedaling power, are of growing interest as an alternative to cars because they enable more people to cycle farther in more challenging terrain than would be possible with a conventional bicycle.

In the new study, researchers from the University of Leeds in the UK set out to calculate the maximum potential for e-bikes to replace car use throughout the whole of England. Their analysis takes into account car trip habits, demographic variables such as age and fitness levels, and hilliness of terrain for more than 32,000 neighborhoods in England, each with a population of 1,000 to 3,000 people.

The researchers calculated the proportion of people’s car travel in each neighborhood that could be substituted by e-bike travel, then calculated the carbon emissions savings that would be associated with the e-bike switch.

Maximizing e-bike use could save a total of 24.4 million metric tons of carbon dioxide emissions per year with an average savings of 580 kilograms per person, the researchers report in the journal Transport Policy.

In contrast, maximizing conventional bicycle use would save just 15 million metric tons of carbon dioxide per year, they calculated. “Because bicycles do not have the power assistance of the e-bike motor, the distance a person can travel on a bicycle is less than the distance they can travel on an e-bike,” the researchers write. That is, e-bikes can take the place of more car trips than bicycles can.

The findings echo those of studies elsewhere in Europe showing that e-bikes have the greatest carbon-cutting potential in relatively sparsely populated areas. But the new study is the first to provide such a fine-grained assessment of e-bike potential over such a wide geographic area.

Per-capita reductions from e-bike use are greatest for rural residents because people in rural areas drive more kilometers per year than those in urban areas, have less access to public transport, and make longer trips—many of which are too long to be made by conventional bicycle or walking.

The results suggest “that e-bike promotion policies would be more effective in rural areas to achieve the goal of carbon reduction,” the researchers write. Yet micromobility service providers, e-bike promotion schemes, and funding for active transport have tended to focus on big cities. “The implication is that there is a large untapped potential for e-bike use in rural and periurban areas,” they add.

The researchers also identified more than 3,400 neighborhoods where people are vulnerable to economic stress from the financial pressure of car ownership and that simultaneously have high e-bike potential. Focusing e-bike promotion policies on these areas could reduce carbon emissions and economic stress at the same time.

While the researchers set out to calculate the maximum reduction in carbon emissions that e-bikes could achieve in theory, actually bringing those savings about in practice will require a major policy push, including construction of long-distance cycling paths that link together cities, towns, and suburbs, e-bike charging stations at workplaces, and other cycling infrastructure.