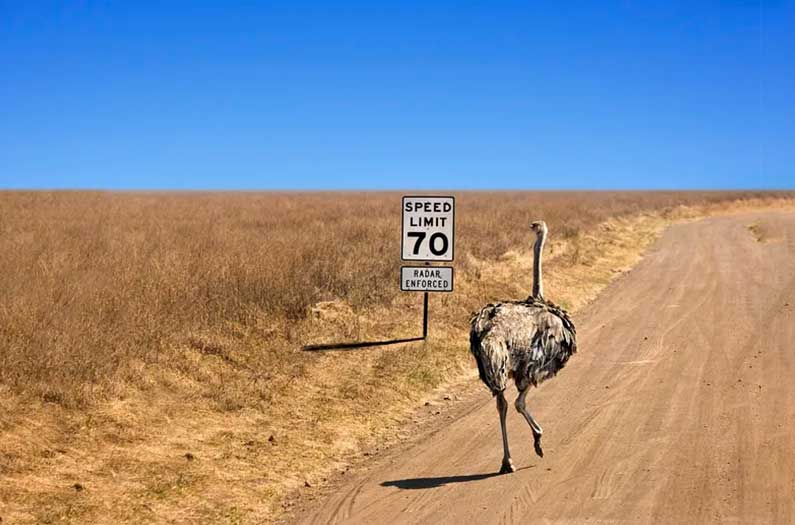 A new study estimates that the answer is a huge area—44%of Earth’s land, some 64 million square kilometers
By Warren Cornwall
June 8, 2022

Environmentalists have been lobbying world leaders to commit to protecting 30% of Earth’s land for biodiversity at an international conference later this year. That number, daunting as it seems, might not be high enough.

Nearly half of the planet’s lands would need some kind of conservation to help ensure the survival of roughly 35,000 animal species, according to new research, including land occupied by around a quarter of all people.

The new research points to the magnitude of the challenge of blunting the current wave of species extinctions, as well as the thorny issues of meeting the needs of people and other organisms sharing the same territory.

The work “suggests that more ambitious goals and policies to maintain ecological integrity beyond this 30% target are crucial,” said Kendall Jones, a scientist at the Wildlife Conservation Society who was involved in the research.

The amount of land needed to protect biodiversity is not clearcut. Estimates have run the gamut from the mid-20% to as much as 70% of the world’s land masses. In part, that reflects different protection strategies. Some try to create the most efficient appproach by maximizing benefits for certain places and organisms. Others focus on places critical to the most endangered species. Still others concentrate on guarding the most pristine ecosystems before they are damaged.

Jones and colleagues from conservation groups and universities in the U.S., Europe and Australia set out to see if they could create a more complete picture by merging these different strategies.

Recommended Reading:
What’s the economic value of intact ecosystems compared to human-dominated ones?

To do that, the researchers took the locations of 35,561 species of birds, mammals, amphibians, reptiles and freshwater crustaceans. Then, starting with existing protected areas, biodiversity hotspots and wilderness, they used computers to build a global map that most efficiently marked the amount of territory each of these species typically need.

The result is a map that’s a mixture of huge swathes of relatively untouched land and speckles of territory dotting each continent. The area adds up to 44% of the Earth’s land mass requiring some form of conservation management, ranging from a ban on most human activities to rules for more sustainable development, the authors reported June 2 in Science.

The amount of land varies by continent. At least 64% of land in North America would need to be conserved, much of that in tundra and boreal forest in Canada and Alaska that are already relatively wild. Europe, by contrast, has almost no remaining wilderness and would need to protect a third of its territory. All told, 70% of the land targeted for conservation is currently ecologically intact, the researchers found.

Countries that stand out include Canada, with 84% of its land needing attention, as well as a number of tropical countries that are home to large numbers of relatively rare species including Costa Rica (86% of its territory), Suriname (84%) and Ecuador (81%).

While some of this land is so remote or forbidding that there is little immediate danger, in other areas the threat is more urgent, the researchers warned.

“We must act fast,” said James Allan, a University of Amsterdam scientist who led the project. “Our models show that over 1.3 million square kilometers of this important land – an area larger than South Africa – is likely to have its habitat cleared for human uses by 2030, which would be devastating for wildlife.”

The most threatened land is concentrated in developing countries where natural resource extraction and expanded farming are economic linchpins. More than half of the most at-risk habitat is in Africa.

Intertwined with  these economic pressures, nearly 1.9 billion people live on land marked as having important conservation value, many of them in Asia, Africa and Central America. The researchers note that past land-protection measures have sometimes come at the cost of people living there, including people being evicted from land to create protected areas and anti-poaching crackdowns.

To help guard against a repeat of those problems, conservationists need to recognize the roles local and Indigenous communities can play in helping to protect land, acknowledge their land rights, and seek to make them partners in the work, write the researchers. It also means wealthier nations will need to give economic rewards to poorer countries that might need to forgo some development opportunities for the sake of habitat.

“Conservation actions that promote the autonomy and self-determination of people living on this land, whilst also maintaining ecological integrity are crucial,” said Allan.

The findings come with a notable caveat. Because plant species weren’t part of the model, saving nearly half of all land might not be enough.