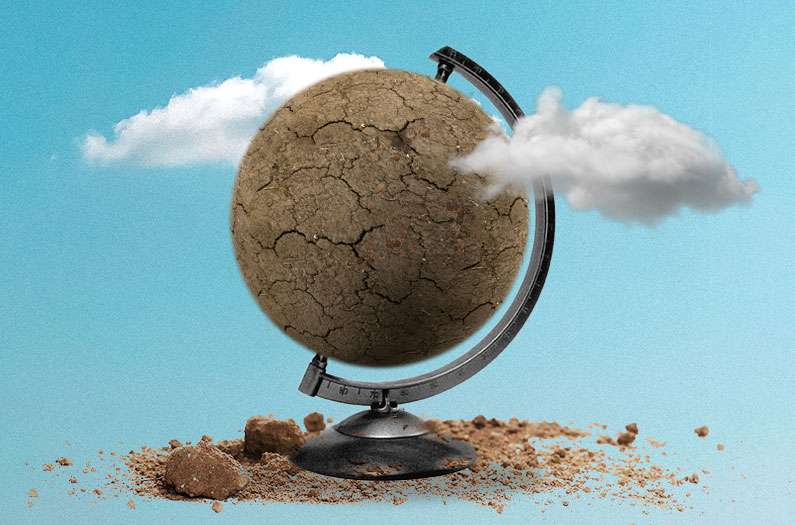 How realistic is it to bury excess carbon in agricultural soil?
By Mark Harris
June 16, 2022

Last April, Joe Biden presented the US Congress with a grand idea: farmers across the nation could plant cover crops that would remove carbon dioxide from the air—and get paid for doing it. The White House followed up by pinning the country’s ambitious 2030 climate goals on “farmers using cutting-edge tools to make American soil the next frontier of carbon innovation.”

The offset industry, working on the same concept, has proffered some staggering numbers. In 2019, start-up Indigo Ag announced its Terraton Initiative, an effort to unlock the potential of agricultural soil to remove one trillion tons of CO2 from the atmosphere (equivalent to over 25 years of human emissions).

It’s a compelling concept. Farming around the world has depleted the carbon naturally found in soils. By applying modern agricultural science (from crop selection to no-till farming), Indigo believes that farmers could increase yields, store carbon—and enable the sale of lucrative offsets to fund the whole process.

But the deeper researchers dig, the less settled the science seems. Is it irresponsible to re-invent farming just as extreme weather, war, and deglobalization threaten our ability to feed the world? And is the race to turn farms into carbon banks driven by science, or disaster capitalism?

Sowing A Crop of Carbon

1.  The carbon vault beneath our feet. The world’s plants and animals contain about 560 billion tons of carbon, and there’s another 800 billion tons in the atmosphere. But soil contains nearly twice as much carbon again—an astonishing 2,500 billion tons. Improving soil’s collection and retention of carbon even by a small percentage could substantially roll back the carbon clock. Adopted globally, simple techniques such as adding compost or biochar, and converting to legumes, could store another 4 gigatons of carbon annually—more than the emissions from every passenger car in the world—according to researchers at the Natural Resource Ecology Lab at Colorado State University.

2.  Speeding up nature: A low tech solution. New technologies could potentially store another 2 or 3 gigatons, say the researchers. For example, spreading crushed-up alkaline rock over farmland using existing agricultural equipment could pack millions of years of natural geological weathering into just a few decades. The process would release helpful chemicals, possibly restoring soils and boosting yields, as well as locking away carbon dioxide.

3. Speeding up nature: A high tech solution. When scientists talk about sequestering carbon in plants, you might envisage vast tracts of trees. But researchers at the Pacific Northwest National Laboratory believe farms and ranches, which cover a third of the world’s arable land, have a big role to play. They propose engineering new plants and microbes to  rival forests as carbon sinks. In fact, scientists at the Salk Institute are already working on genetic modifications for crop plants to produce a polymer that resists decay and keeps carbon in the soil—they call it their Harnessing Plants Initiative.

4.  Carbon farming is a win-win. While some carbon farming techniques may increase yields and pay for themselves, the rest can be funded by industry-led offsets, according to companies like Indigo. That makes a global transformation realistic without mountains of government cash.

1.  Farms store less carbon than wilderness. Not so fast, says David Williams of the University of California Santa Barbara. His team took thousands of carbon measurements from agricultural and wild habitats in Poland, Ghana, and Mexico, and found the natural areas stored more carbon than the farms. Not only that, but using carbon storage practices can sometimes result in lower yields, which could encourage farmers to cut down more trees to make up the difference. “Slightly counter-intuitively, trying to conserve carbon on farmland resulted in less carbon being stored across the landscape as a whole,” he wrote.

2.  The carbon won’t stay put. While storing carbon underground sounds simple, the science is anything but stable. This engaging story in Quanta details recent research suggesting that natural soil processes recycle carbon into the atmosphere faster than scientists traditionally thought. In other words, soil is less of a carbon vault than a sieve. This complexity implies efforts to engineer long-lasting biological carbon sinks—including Salk’s work—could be doomed to failure.

3.  How do you prove you’re farming carbon? If farms are to offer carbon offsets alongside their produce, someone has to certify that the carbon storage is real and enduring. In an open letter to carbon offset registry Climate Action Reserve, a group of climate scientists expressed concern that carbon storage is extremely challenging to track, and that the registry’s offset proposals would see fewer than one percent of sites visited, with loopholes to avoid even those.

4.  Farming moves as slowly as everything else. A recent study of more than 100 farms in Finland shows how difficult it could be to scale up carbon farming. Farmers were trained in regenerative agriculture and asked to produce carbon storage plans, which were then assessed by experts. While farmers were excited about the possibilities, only about a third of the plans were judged to be suitable. Even when corrected, only half the farms would have reached the target of increasing carbon storage by half a percentage point annually.

2.  Oversight and investment. In November, the USDA put some money where Joe Biden’s mouth was, earmarking $10 million for the first phase of a soil carbon monitoring effort that could drive future policies, as well as improving COMET-Farm tech in the short term.

3.  The above-ground carbon. Soil is only one component in the agricultural ecosystem. Moving from carbon-intensive crops like rice to lower emissions species like wheat, or incentivizing soy cultivation over cattle grazing, could also reap big carbon benefits—and are a lot easier to track.

4.  Global food security. If the war in Ukraine continues to disrupt agriculture and food supplies, farmers will forget about accounting for carbon and focus on delivering calories. 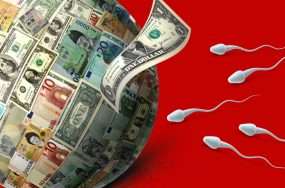 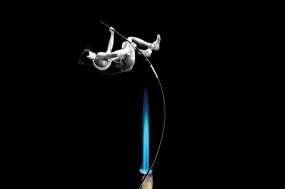 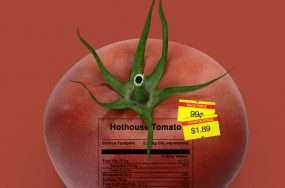