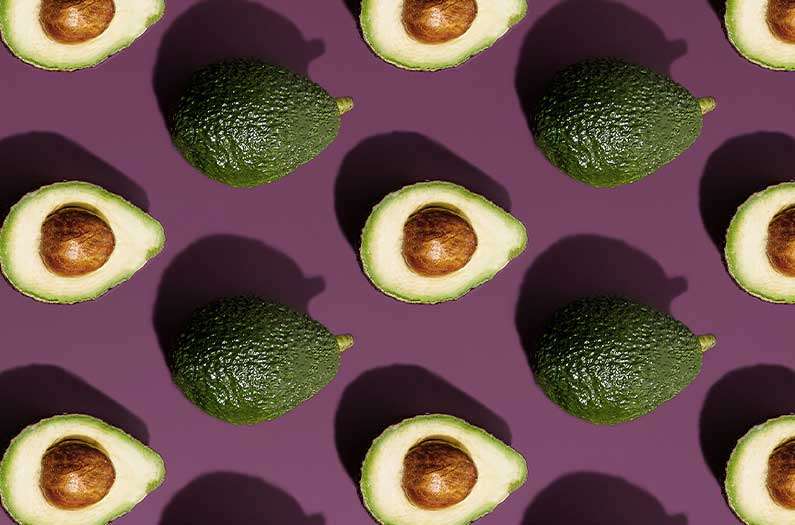 The new coating can be washed off with water and degrades in just 3 days—compared to the centuries it takes plastic packaging to break down
By Emma Bryce
June 24, 2022

In the battle against food waste, researchers have come up with a new solution: a tool that sprays fruit and vegetables with a thick web of antimicrobial threads, coating the surface and reducing spoilage by almost 50%.

This web, made of 100% biodegradable material, could tackle more than just food waste by also replacing conventional packaging on fresh produce—combating the pollution and emissions associated with making petroleum-heavy plastics that persist in nature.

The antimicrobial thread was created and tested in Harvard University-led research, using a biopolymer called pullulan. This naturally-occurring substance is made from starch, is deemed safe for use on food products, and also forms a dense weave of fibers which provided the ideal base for the researchers’ experiment. Using pullulan as the vehicle, the researchers infused it with naturally antimicrobial ingredients including thyme oil and citric acid, which can fight off pathogens such as E.coli that infect food and cause it to rot.

The next challenge was to find a way of depositing this antimicrobial substance onto fresh produce. For this, the researchers applied a technique called ‘focused rotary jet spinning’: this uses a machine to force the water-soluble pullulan mixture through a tiny opening, where it is rapidly heated so that as it exits the machine, it transforms from a liquid into long threads that can be spun around the fruit. In this case, the test subjects were avocados, whose soft flesh is especially vulnerable to rot.

Once ensconced in the silken weave, the researchers left the avocados for seven days, during which time they hoped the antimicrobial mixture would work its magic and zap pathogens on the fruits’ surface.

Antimicrobial produce coatings aren’t a new idea, but most previous versions haven’t reduced microbes so effectively, and have been expensive to produce. The researchers hoped their new, dense weave would increase the surface area for antimicrobial activity, so applying a more potent dose to the produce.

When they revisited their avocados after a week, their hopes were confirmed. Slicing into the avos, they found that of the untreated fruits, 90% had started to rot—while that was true of just 50% of the avos that had been woven in the antimicrobial web. This meant the coating had reduced the likelihood of rotting and waste by almost half.

Meanwhile, tests across all the fruit samples also showed that the coated avos had fewer surface microbes, were heavier—suggesting less flesh lost to degradation—and also greener and firmer than their counterparts.

It’s not just that the coating reduces food waste; it’s also a practical invention. Because it’s water-soluble, the coating can be easily washed off the produce by consumers at home. What’s more, soil tests that the researchers carried out revealed that the coating degrades in just three days, compared to plastic packaging alternatives which can take centuries to break down in the environment. The main pullulan ingredient can also be produced in a circular fashion, using starches derived from food waste, which further reduces the footprint of the new material. And, its applications could go far beyond avocados to other fruits and vegetables, and perhaps even meat.

One potential setback is that it takes between two and four minutes to coat each item of fruit using this new method, which might make it less competitive in a packaging industry that thrives on speed and efficiency.

But, an additional boon of the sprayable coating is that it’s cheap to make. The invention costs just a few extra cents per item to apply, far cheaper than the price of plastic packaging, when you factor in all the costly environmental externalities associated with plastic waste. That expense will also decline as the product scales up, which is what the researchers hope for next.

“We knew we needed to get rid of the petroleum-based food packaging that is out there and replace it with something more sustainable, biodegradable and nontoxic,” they say. Their invention brings us a step closer to that goal.

Photo by Estúdio Bloom on Unsplash