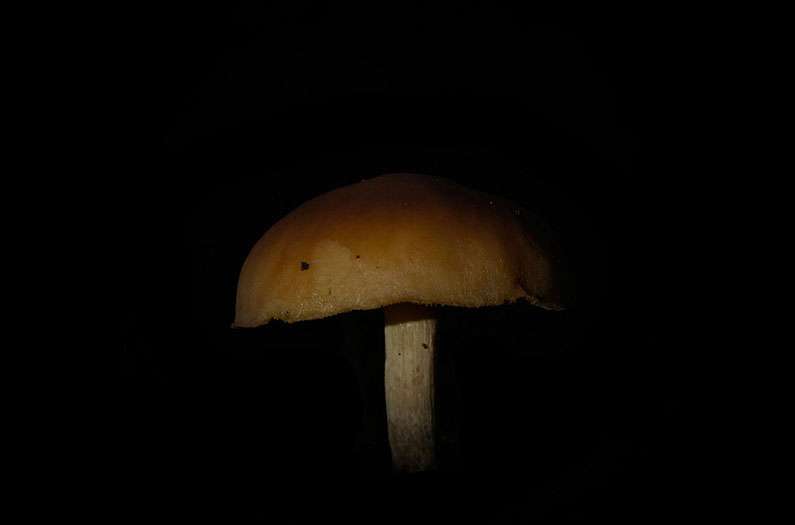 Growing crops in darkness could save land and advance sustainable agricultural

Researchers advance the science of 'artificial photosynthesis', a process that bypasses the need for sunshine to grow food—and does so more efficiently than the conventional way.
By Emma Bryce
July 15, 2022

Like something out of a science fiction film, researchers have managed to grow plants in complete darkness, potentially paving a path for food production that’s decoupled from the land.

In their study, led by the University of California, Riverside and the University of Delaware, the researchers explain how they’ve accomplished ‘artificial photosynthesis’ through a process combining solar-powered electricity, water and carbon dioxide to create a medium that encourages plant growth without the need for direct sun.

Conventionally, plants grow through photosynthesis, the process whereby sun, water and carbon dioxide are transformed into glucose. Glucose then enters a stage called glycolysis, which breaks it apart into the sub-ingredients used in the Krebs cycle, a process that releases the energy from these products and makes it available for plants to ‘feed’ off and grow.

The researchers truncated this process by creating acetate, a substance that can act as a substitute for the products that are made after glycolysis.

They accomplished this with two-phase electrocatalysis, a process that combines electricity, water, and CO2 to make acetate, which is then supplied as a medium to plants to support their growth. Acting as a substitute, acetate basically allows plants to skip the first stages of photosynthesis and head straight into the Krebs cycle to release energy—cutting out the need for sunlight to get them to this point.

To test their acetate medium, the researchers supplied it to three test organisms: an edible algae, yeast, and a mushroom-producing fungal mycelium. They found that even under the cover of pitch black darkness, with acetate these plants successfully grew.

It’s not just the darkness that makes this novel, but the fact that the process enabled much more efficient growth.

Biological photosynthesis is notoriously inefficient, with only 1% of the energy that streams down from the sun ultimately being converted into plant biomass. But under the new artificial process, the researchers managed to produce acetate in higher concentrations than ever accomplished in experiments before, through their optimized electrocatalysis process. This higher energy provision means plants make more efficient use of resources than usual, achieving a solar-energy-to-food-energy conversion that was fourfold higher than in biological photosynthesis.

Read:  Engineers have made solar cells produce electricity at night

But the discoveries didn’t end there. When tested on a range of crop plants—including lettuce, cowpea, jalapeno pepper, green pea, rice and thale cress—the researchers were able to show through experiments allowing them to trace the pathway of acetate through plants, that this ingredient was successfully incorporated into and metabolized by these crops as well.

While they haven’t tested all those plants in full darkness yet, this is an important step to establishing the value that acetate could have for growing crops in the future.

Bringing this discovery out of the lab and into the real-world will take time. But it’s a step towards maybe decoupling some of our future food production from the land, to save on resources and space. Plants that don’t need direct sunlight can be cultivated in storeys, maximizing space, perhaps enabling high-density crop growth in urban and peri-urban areas, for example, which would help to keep more wild ecosystems intact.

The researchers suggest that animal feed crops like cowpeas might be one area where this kind of technology could be prioritized in the future, by limiting the expansion of these vast livestock feed croplands, which are detrimental to ecosystem health and only indirectly nourish people.

“This technology allows for a reimagination of how food can be produced in controlled environments,” the researchers write.