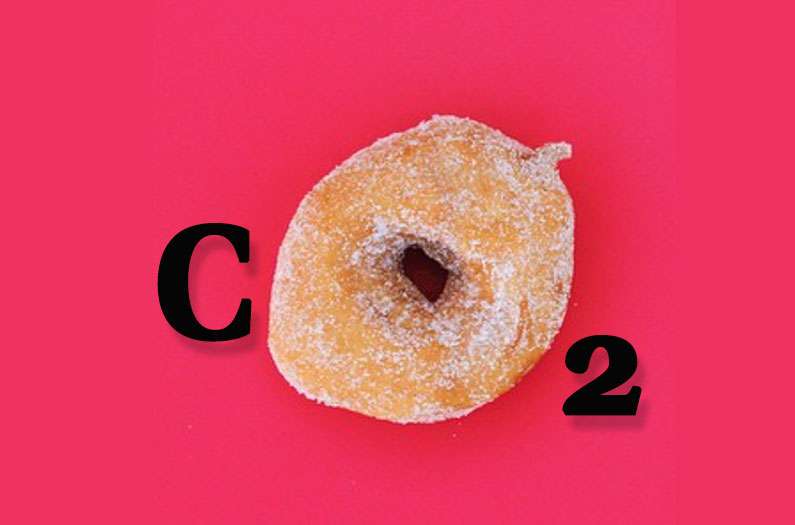 A group of researchers in the European Union have proposed a solution to tackle escalating health problems and greenhouse gas emissions in one go: place a tax on sugar consumption.

They say this would bring sugar consumption in line with WHO guidelines, helping tackle health epidemics such as diabetes—but it would also free up millions of hectares of sugar cropland for other uses, and could divert around 54 metric tons (Mt) of greenhouse gas emissions each year.

The EU is a solid candidate for a sugar tax, the researchers say, because at 37.3 kg per capita annually, sugar consumption in the region considerably oversteps the global per capita average of 21.3 kg. In the EU and elsewhere, sugar is also farmed to make biofuels, considered a promising route to reducing our reliance on fossil fuels. But farming sugar, whether for food or for fuel, also comes with environmental impacts, as it drives emissions through the conversion of natural habitats into farms. That’s especially so in Brazil, a global hub of biodiversity but also currently the world’s largest sugar producer—and in 2019, a national policy change in Brazil allowed the expansion of sugar farming into previously protected ecosystems in the Amazon and elsewhere.

Facing this complicated scenario, the researchers on the new study sought to reconcile the threats and benefits of sugar: they calculated what would happen if sugar cropland that was freed up in the EU by changing appetites was diverted to other uses.

They started with a figure of 75.5%, which is how much the EU would need to reduce its sugar intake to keep it in line with the WHO’s recommendations. Cutting consumption by this much would create a sugar excess of 12.54 Mt each year, representing roughly 1.32 million hectares of farmland, they calculated.

Then they examined the potential benefit of this change under three separate scenarios. In the first, that excess land is planted up with trees. Afforestation would intuitively seem like the winning scenario for the environment—and converting old sugar cropland to forest does divert a chunk of emissions, about 9.74 Mt of CO2 equivalent. That’s roughly 0.27% of the EU’s overall emissions in 2019.

But the benefits were outpaced by the second scenario, wherein the EU’s annual 12.54 Mt sugar excess would be turned over to make ethanol instead. This would be doubly effective at abating emissions, the researchers found, when factoring in the added value of the new green fuel and displaced petroleum that would result from this scenario.

However, the real impact came under a third scenario, wherein the EU exports its excess sugar to other countries, which in turn lowers the global demand for Brazilian sugar. Crucially, under this scenario, the EU also substitutes its exported sugar with an equivalent share of ethanol imports from Brazil. Here, the researchers assumed that in displacing some of the global demand for Brazilian sugar, Brazil would then reduce its food-based sugar production, and convert that existing cropland to ethanol production instead.

Under these conditions, the diverted emissions could be four times greater than would be achievable by simply afforesting the excess land in the EU. That equates to about 54.3 Mt of CO2 equivalent annually, which is roughly 4.3% of the current emissions from the entire EU transport sector. This reduction would be mainly attributable to the fact that cropland expansion into Brazil’s carbon-rich habitats would be reined in by conversion of sugar farms to ethanol. As well as this, Brazil farms sugarcane, which happens to be more land-efficient than the sugar beet that’s farmed in the EU—meaning more could be generated on less land.

Ideally, this greater land efficiency in Brazil would protect more wild habitat from harm—with greater biodiversity benefits that would be possible by planting trees on old cropland in the EU, the researchers point out.

Two key factors would be needed to facilitate this change in the EU’s relationship with sugar: a trade agreement between the EU and Brazil, and a robust sugar tax in EU countries to cut consumption back by an ambitious 75%.

On the tax front, history gives reasons for optimism. For instance, tobacco taxes in Europe have achieved declines in consumption of more than 50%—and that figure’s growing. There’s also hope in research which shows that framing climate change action as beneficial to human health is good at gathering public support. This suggests there might be less resistance to a sugar tax amongst the wider European public than one might at first assume, if its health benefits are connected to the climate.

Overall, for the health of humans and our planet, this sounds like one sweet solution.