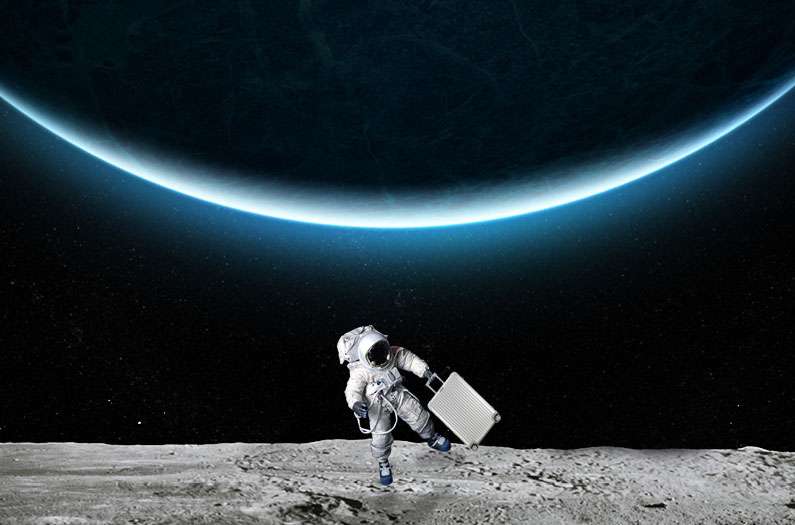 In a new study, scientists calculated the heavy burden that space tourism could place on the climate and the atmosphere
By Sarah DeWeerdt
July 26, 2022

Air pollutants released by rocket launches, re-entry, and space debris have a disproportionate effect on global warming, according to a new study. They also have the potential to undo some of the recovery of the ozone layer achieved by the Montreal Protocol, the 1987 treaty regulating ozone-depleting substances that is considered one of the most successful examples of international environmental action in history.

The findings highlight need to understand the impacts of steadily increasing rocket launches for space exploration and satellite deployment, as well as the potential consequences of a budding space tourism industry.

In the new study, researchers used a 3D computer model of atmospheric chemistry to analyze the effects of space travel on the atmosphere and climate. They collected data on air pollutants released by the 103 space launches that took place in 2019 around the world, as well as those associated with re-entry into the Earth’s atmosphere of reusable rockets and space junk.

Rocket launches and re-entry release nitrogen oxides, black carbon (or soot), alumina particles, and chlorine gas. All of these can affect the ozone layer, and black carbon enhances global warming. But we don’t have good quantitative estimates of the effect of most of these chemicals: some are out of date, given the recent growth in rocket launches and space debris, and some have never been done.

The new analysis takes into account the fuel sources used by different rocket systems, and the fact that space launches have been growing at about 5.6% per year since 2003. The researchers also analyzed the effects of a potential space tourism industry, assuming Virgin Galactic and Blue Origin will offer daily visits to the edge of space and SpaceX will send space tourists into orbit weekly.

The advent of a space tourism industry would massively increase the impact of space launches on the atmosphere, the researchers report in the journal Earth’s Future.

Recommended Reading:
Taking Off in Two Directions at Once

People tend to make one-to-one comparisons between greenhouse gases and air pollutants from space travel and aircraft. But this isn’t correct. “Rockets, unlike other anthropogenic pollution sources, emit gaseous and solid chemicals directly into the upper atmosphere,” the researchers write.

Particle for particle, soot from rockets released in the upper atmosphere is nearly 500 times as efficient at heating the planet as soot released closer to the Earth’s surface, such as from industry or aircraft, they calculated.

Warming from rocket soot would be 8 times greater than that from airplane soot, “even though the cumulative distance traveled by all rockets in the space tourism scenario (∼140,000 km) is 105 times less than that of commercial aircraft in 2019 (61 billion km),” the researchers write.

The impact on the ozone layer in the upper atmosphere would also be substantial. The predicted growth of space tourism could result in the release of enough ozone-depleting pollutants to affect the upper stratospheric ozone layer above the Arctic in spring.

At the end of a decade of space tourism, the researchers calculated, ozone loss in the upper atmosphere would be equivalent to 16% of the ozone layer recovery that has been achieved through the Montreal Protocol.

Currently, the space sector is regulated by neither the Montreal Protocol nor any other international agreement. The world needs to plan ahead for the emergence of space tourism and figure out how to minimize its environmental impact, the researchers say.