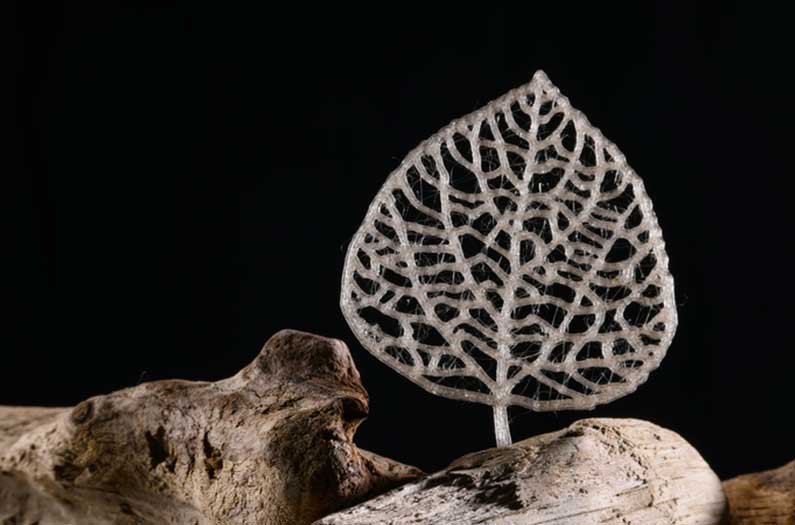 Tackling the tide of plastic pollution will require using less of it, and recycling it more. But the material has become an inescapable part of modern life, so another way researchers are dealing with its downsides are to make plastics that are tough enough for use yet degradable in nature.

The latest effort comes from a team at the École Polytechnique Fédérale de Lausanne (EPFL) in Switzerland. They have made a plastic from non-edible plant parts that breaks down into harmless sugars in the environment. The plastic has properties very close to conventional plastics that make it promising for food and beverage packaging: it is strong, resists high temperatures, and blocks gases like oxygen that can damage food.

Commercial bioplastics today are typically made from sugars derived from corn starch or sugar cane. But their properties don’t compete head-to-head with fossil fuel-based plastics. Besides being expensive, bioplastics cannot withstand high temperatures, be stretched and drawn into different forms, and act as a good barrier to gases. They are also often just as difficult as conventional plastics to break down in nature.

In 2016, the EPFL researchers discovered a way to make valuable molecules for plastics and biofuels from the woody, inedible parts of plants. Their work focuses on lignin, a long chain-like molecule found in plant cell walls that gives plants their rigidity. Lignin is the second-most abundant natural material on earth, but is a waste product of agriculture and the paper industry. The EPFL team had found that adding formaldehyde, a common chemical, could turn lignin into useful molecules.

The new work published in Nature Chemistry takes that work forward. This time, they used glyoxylic acid instead of formaldehyde to turn lignin into key building blocks of plastics. They were able to convert up to 25 percent of the weight of agricultural waste into plastics.

The process is simple and scalable, and uses an inexpensive mineral acid as the catalyst, the researchers write. And glyoxylic acid is an inexpensive industrially available chemical.

Tests in the laboratory showed that the plastic can withstand temperatures as high as 100°C like conventional plastic. It also has similar strength and stiffness. Plus, the team could draw it into packaging film, fibers that can be spun into fabric, and filaments for 3D printing.

The material could be chemically recycled just like fossil-based plastics. And if it reaches the environment, it eventually degrades back into its constituent sugars in room-temperature water. While the plastic is a promising contender for an inexpensive, sustainable plastic, “in-depth toxicological and biodegradation tests are still required before this polymer’s environmental fate is fully understood,” they write.

Image: A 3D-printed “leaf” made with the new bioplastic by Alain Herzog (EPFL)