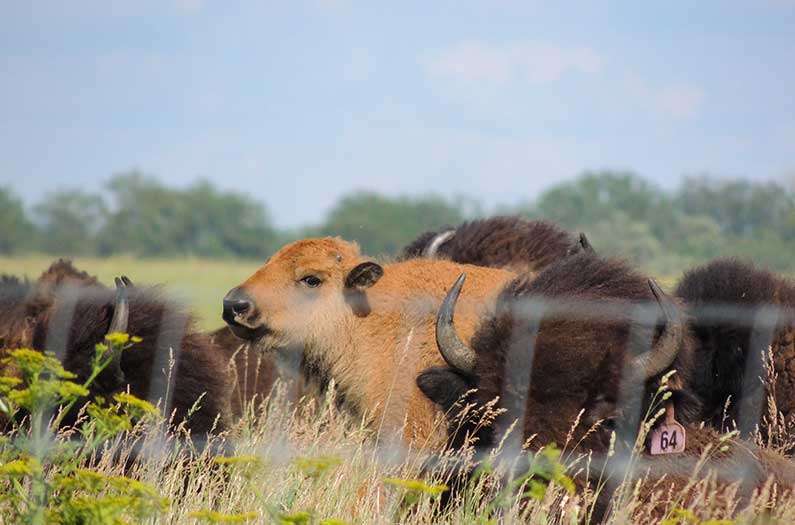 In one of the last remnants of tallgrass prairie, scientists found that native species richness nearly doubled on land grazed by bison.
By Warren Cornwall
August 31, 2022

Restoring bison to the grasslands of the Great Plains has become something of a cause célèbre, embraced by northern plains tribes, conservationists and the National Park Service. It turns out it could help revive not just these photogenic animals, but less romantic native plants that once covered much of the Midwest.

Today, both the iconic bison and the tall grass prairies are tiny remnants of their grandeur at the start of the 19th century, before guns and plows took their toll. Bison herds numbering in the tens of millions traversed the Great Plains, including 150 million acres extending from Manitoba to Texas covered with prairie grass that could grow above a person’s head.

Systematic slaughter abetted by the U.S. government with the aim of depriving native tribes of their main food source drove bison numbers to below a thousand by the end of the century. Meanwhile, settlers plowed under more than 80% of the native prairie.

Because the bison disappeared before ecologists were on the scene, scientists have a limited understanding of how these massive animals shaped the surrounding landscape. But, as the possibility of reviving bison herds has grown, so has interest in what it could mean for the prairie.

There is, perhaps, no better place to answer these questions than the Konza Prairie Biological Station, 8,600 acres of native tallgrass prairie in the rolling Flint Hills region of eastern Kansas, co-owned by Kansas State University and The Nature Conservancy.

Thirty years ago, scientists there began what has grown into a long-running experiment to better understand how bison—and their smaller domestic counterparts, cattle—can shape a native prairie.

A small herd of bison, eventually growing to more than 120 animals, lived year-around in one section of the research station. In another area, cattle grazed between April and November, but were removed and given supplemental food during the winter, mimicking how cattle are typically managed. Other areas weren’t grazed at all. The land was periodically burned to simulate the fires that occurred on the prairies before European American settlers arrived.

Each year, researchers scoured 80 small squares of prairie grazed by the bison and comparable spots in the other areas, counting all the plants they could find. As the years progressed, a pattern emerged. Where bison grazed, the amount of four dominant grass species declined as the animals munched away. As the grass was mown back, other native prairie plants took root, including the yellow-flowered stiff goldenrod and perennial grasses. Over the course of three decades, the number of native plant species nearly doubled in places grazed by bison—increasing 86% compared to the ungrazed areas, according to a study published Monday in the Proceedings of the National Academy of Sciences.

“Our results suggest that many grasslands in the central Great Plains have substantially lower plant biodiversity than would have occurred before bison were widely wiped out,” said Zak Ratajczak, a Kansas State biologist leading the research. “Returning or ‘rewilding’ native megafauna could help to restore grassland biodiversity.”

Cattle also helped clear the way for native plants, but less than bison—an increase of 30% compared to land that wasn’t grazed. The scientists weren’t certain why cattle had less effect. But they noted that other studies found bison almost exclusively ate grasses, while cattle dined on a wider variety of plants, potentially including some that grew back around bison. Also, bison create greater habitat variety in the landscape by churning up the ground in places, such as circular depressions that can fill with water, known as buffalo wallows.

Read:  Wildlife affects the severity of wildfires in surprising and subtle ways

The bison’s effects on the prairie flora even withstood an intense drought in 2011 and 2012. While some native species in the bison-grazed prairie took a hit in the years immediately around the drought, they bounced back and the number of native species continued to rise.

That, said Zak, means the reintroduction of bison could also help prairies buffeted by the effects of climate change.

“The resilience we found in the bison grasslands is also consistent with the idea that diversity promotes ecological resilience,” Ratajczak said. “And this resilience will only become more important if our climate becomes more extreme.” 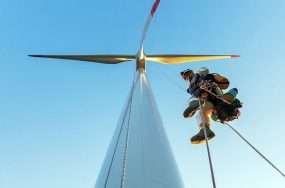 The cost of green energy technologies is plummeting, and transitioning to them quickly could be much cheaper than doing it slowly, researchers say 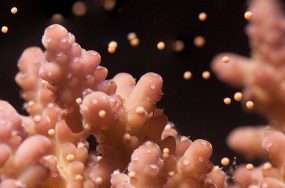 Climate change has ravaged coral reefs on a massive scale. This breakthrough could revolutionize efforts to rebuild them. 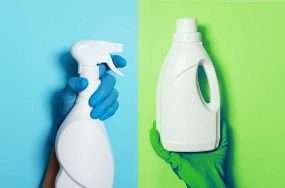 Laundry detergents were among the most toxic tested