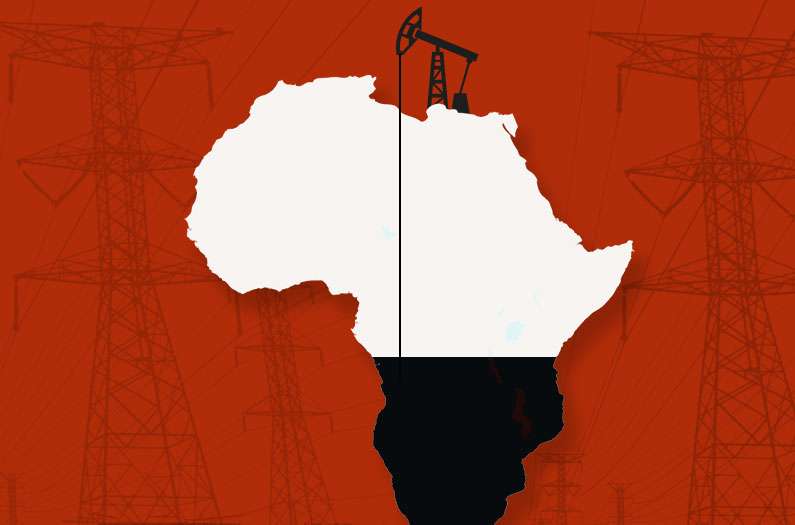 A detailed new study demonstrates how the region’s energy future could be so much greener than current plans assume—with only a modest additional cost
By Sarah DeWeerdt
August 23, 2022

If current trends in the energy system continue, wind and solar will outcompete other power sources on cost and rapidly come to dominate the electrical grid in Southern Africa, according to a new study.

Today, coal provides 60% and of the electricity to Southern Africa and hydropower 21%. Both population and GDP are rapidly growing in the region, and peak electricity demand is predicted to more than double by 2040.

Existing plans for electricity development in the region picture an electricity system dominated by coal, large hydropower, and natural gas two decades from now. A few studies have suggested that there’s lots of potential for green energy development in the region. But the new analysis is the first to capture fine-grained detail about grid design and the location and variability of renewable energy sources, and take into account the declining costs of wind, solar, and battery storage.

“By developing wind, solar, and regional natural gas resources, and adequate transmission capacity to access those resources across the region, all planned coal power plants and about half the planned large hydropower plants can be completely avoided and with that, their negative environmental and social consequences,” says study team member Ranjit Deshmukh, assistant professor of environmental studies at the University of California in Santa Barbara.

Deshmukh and his collaborators combined a suite of three open-source computer models of the energy grid, wind and solar potential, and hydropower resources in Southern Africa. They then designed seven different scenarios to explore how energy development in the Southern African Power Pool (SAPP), a group of 12 neighboring countries comprised of Angola, Botswana, Democratic Republic of the Congo, Eswatini, Lesotho, Mozambique, Malawi, Namibia, South Africa, Tanzania, Zambia, and Zimbabwe, could play out over the next two decades.

If current trends continue, wind and solar will dominate the most cost-effective new energy investments in the region and provide 36% of power in 2040, the researchers report in the journal Joule.

Recommended Reading:
Fairer access to credit could speed net zero in Africa by a decade

“We found that generation potential for both wind and solar PV exceeds future electricity demand (2040) in all countries, except Eswatini, which has lower land use and land cover suitability for large-scale solar despite relatively high solar radiation,” they write.

There’s lots of potential for hydropower in the region, but wind and solar are cheaper than nearly half of the planned capacity. That will take some pressure off of freshwater habitats, make electricity generation less vulnerable to droughts, and avoid the delays and cost overruns that are common with hydropower projects.

Natural gas is likely to displace coal as the dominant form of fossil fuel generation in the coming decades. As long as there’s robust trade in electricity in the region, no new coal plants will be necessary in the next 20 years, the researchers found. But avoiding new coal infrastructure will require scaling up transmission capacity by 40-200% compared to 2020 levels so that renewable electricity can get where it needs to go.

“For scaling up electricity trade in the region, the Southern African Power Pool needs to connect the remaining three countries (Angola, Malawi, and Tanzania) to the regional grid,” Deshmukh says. “Further, more electricity sector entities need to be encouraged to participate in the market. Lastly, more trust needs to be built between governments, utilities, and other stakeholders to rely on each other to maintain reliability and decrease costs through trading.”

If the region sets a target of 80% clean energy, greenhouse gas emissions associated with the electricity system in 2040 will be only half those in 2020, while electricity costs will increase by only 6%.

However, because coal dominates the current electricity system in Southern Africa and coal plants last a long time, the share of coal electricity remains high in 2040. Retiring coal plants 20 years early, when they’ve been in service for 45 years, can cut the share of coal generation in 2040 by 75%, the researchers calculated. But this would increase costs by about 12%.

The team is now modeling the effects of increasing biodiversity protection on renewable energy development in Southern Africa. They are also looking at how climate change could affect both electricity demand and renewable energy resources in the region.