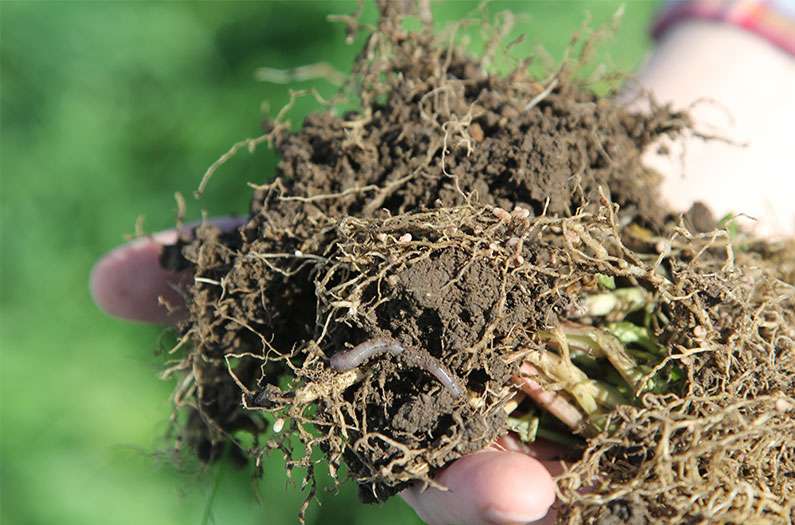 The findings, from an extensive survey of soil studies, draws a questions mark over carbon estimates that are used in some IPCC reports.
By Emma Bryce
August 5, 2022

We can store more carbon in farmland soils if we just leave it untilled. Or…so we thought. An extensive new review has turned this influential idea on its head, suggesting that no-till methods don’t actually store any more carbon in the long term by leaving soil untouched, compared to fields that are regularly churned up.

This is a controversial finding—but it doesn’t mean no-till is a lost cause, the authors are keen to emphasize: it’s still crucial for combating soil erosion and run-off; it retains more water which in turns saves resources; and it nurtures soil microorganisms that support plant growth.

But, they say, we should perhaps not be hanging all our hopes on this method to absolve agriculture’s expanding carbon footprint.

Their conclusions were drawn from a review of 144 studies from the past 50 years, each of which compared no-till with tilled fields. The studies included a total of 1061 comparisons, forming a rich dataset on how much carbon was stored across these differently-managed soils.

Read:  The hype behind carbon farming comes down to earth

Generally-speaking, research on the effectiveness of no-till typically relies on measurements of soil organic carbon (SOC) taken from the topsoil, which reaches just about 10 centimeters into the ground. But the researchers’ expansive review gave them access to data on what is happening at deeper soil layers as well.

This revealed a contrasting picture of what’s been long-assumed about no-till.

While it’s true that in the early years, no-till does increase SOC in the uppermost layers, the researchers found that these gains were offset by steeply diminishing amounts of carbon stored deeper down, between 10 and 60 centimeters.

This decline—ranging across the studies from 0.28 to 2.29 Mg per hectare—actually resulted in slightly less carbon stored across the whole soil profile of no-till samples, when compared to the soils of conventionally-tilled fields. These differences eventually diminished between the two soil types, but only after a period of 14 years.

Why exactly SOC declines in stable, untilled soils is a puzzle the researchers have yet to solve. But there are a few theories to explore. No-till could be limiting opportunities for carbon stores in the topsoil to move into the lower layers, which might explain why they become depleted over time. Untilled soil also becomes very dense and packed over time, which might slow the incorporation of carbon-rich crop residues from above. Furthermore, increasing compaction makes it harder for plants roots to work their way down, thereby limiting another avenue for the transport of carbon through expansive root networks into deeper layers.

The overall takeaway? No-till soils don’t seem to do any better at locking away agricultural carbon, than conventional methods do. Where does that leave farmers and their fields?

It certainly doesn’t mean that no-till should be abandoned—far from it. This method is still important for its many other benefits, such as water retention, soil stability, and also reducing the need for fuel-guzzling tilling machines.

Meanwhile, there are many other agricultural solutions that could step in to take on its carbon-sequestering mantle, such as agroforestry methods and synthetic fertilizer alternatives.

But, the study’s authors do sound some caution around the policy implications of no-till. Ultimately, their results draw a question mark over carbon capture models which commonly rely on SOC data from just the first 10 to 20 centimeters of soil—and which also inform major global estimates like those found in the IPCC reports. These could now be “misleading”, and require some recalibration, the researchers suggest.

“Our findings demonstrate that is not a simple guaranteed solution for drawing down atmospheric CO2.”

Cai et. al. “Declines in soil carbon storage under no tillage can be alleviated in the long run.” Geoderma. 2022.