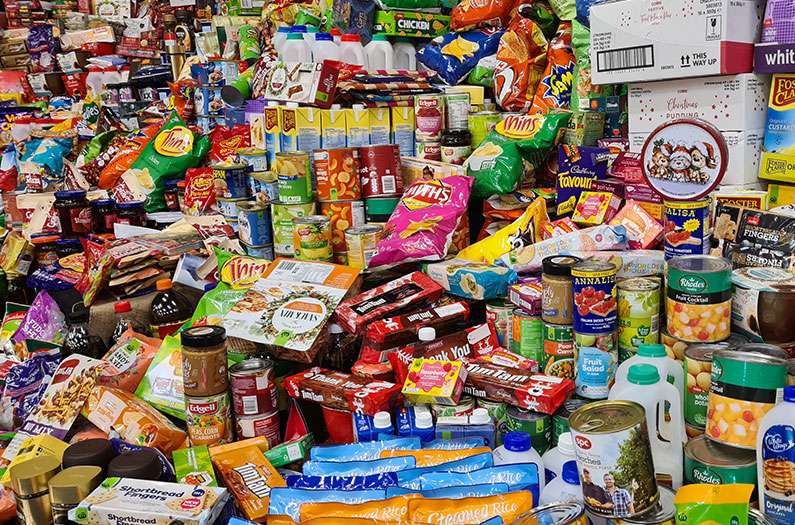 Researchers build an algorithm to sift through thousands of multi-ingredient foods and decipher the footprint of each one—which could help provide sustainability guidance where it’s been sorely lacking before.
By Emma Bryce
August 12, 2022

A team of UK researchers has developed an algorithm that ranks the environmental impact of 57,000 food products, creating one of the most comprehensive footprint libraries that currently exists.

This matters in a climate where consumers increasingly want to make better choices for the planet, but often lack information about food footprints to guide their purchases.

Such information is hard to produce, because most food products contain an array of different ingredients—take a packet of biscuits, or a ready-meal—which makes it difficult to build an accurate sustainability profile for each one. What’s more, the quantity of ingredients in food products is usually treated as a trade secret, further complicating the process of estimating impact.

To tackle this challenge, the researchers built an algorithm that used information from a handful of products in the UK that do list ingredient quantities, and then extrapolated that to thousands of other products on the market. This process was helped along by the fact that product labels usually list ingredients in order of decreasing quantity, which allowed the algorithm to infer the percentage of each ingredient on those products that didn’t share this information.

Then they used an open-access environmental impact database called Hestia to tally the footprints of different ingredients by quantity, according to four commonly-used environmental indicators: greenhouse gas emissions, land use, water stress, and eutrophication potential. They also ranked each ingredient according to its nutritional score, measured by the amount of salt, fat, protein and fiber in each ingredient, among other things.

The algorithm’s resulting sustainability rankings revealed some occasional surprises. Fruit and veg ranked low on impacts, but so did sugary beverages (on account of being mostly water). Also low-ranking were dairy and meat alternatives like soy milks and vegetable protein burgers, some of which had less than a tenth of the impact of their animal-based equivalents.

Somewhere in the middle were pastries and desserts, as well as ready-meals and pizzas, the researchers found.

Meanwhile, meat, fish, and cheese all ranked high on the impact scale—alongside surprising ingredients like nuts, probably because of the vast quantities of water and fertilizer these foods take to produce.

The rich dataset also allowed the researchers to make detailed comparisons between products, something that could be applied to further steer consumer choices towards more beneficial foods.

For instance, they found that products with a lower environmental impact tended to be more nutritious too. There were some exceptions: sugary beverages are one example of a product with a positive environmental ranking but negative nutritional value. But many other foods—fruits and vegetables, cereals, certain breads, meat alternatives like tofu and vegan sausages—were a win-win for both environmental and human health. This suggests “there does not need to be a tradeoff between nutrition and environment,” the researchers write in their study.

Meanwhile, some foods should be ‘avoided’ in environmental and nutritional terms because they ranked poorly on both—including chocolate and cheese, a fact that might break a few hearts.

This suggests that even where larger dietary shifts may not be possible or palatable to consumers—for instance switching from meat to vegan sausages—there are still opportunities to make small changes between some products that could yield big benefits.

The expansive roster of foods is an important step towards better sustainability guidance in grocery stores, the researchers believe.

They hope that as ingredient information becomes more transparent, their algorithm will be strengthened, and will be better able to meet the hopeful and growing demand for more environmental insight about the foods we eat: “This information is increasingly desired. Consumers increasingly want to make decisions on the environmental sustainability of foods,” they write.