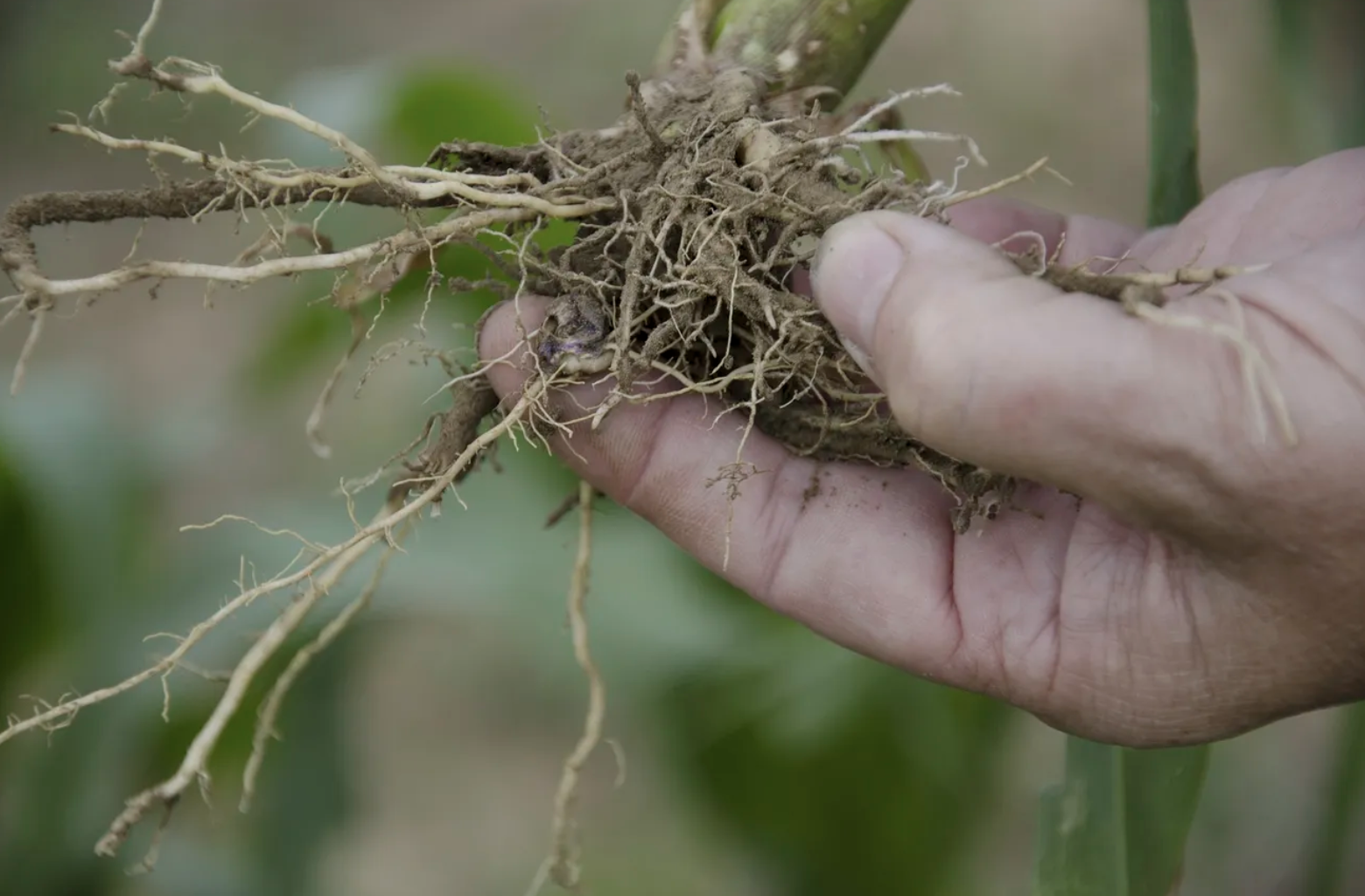 Researchers discover a genetic trait that makes roots grow straight down instead of fanning out into shallower soils — opening up the possibility of more climate-resilient crops.
By Emma Bryce
August 19, 2022

Researchers have found a way to make crop roots a little more athletic, helping them stretch to reach nutrients and water much deeper in the soil. That’s not only a boon for growing crops more efficiently, and in a water-scarce world; deeper roots can also help to lock more carbon in the soil.

The large team of multinational researchers happened on this triple win when they investigated the plant genes of two globally-important cereal crops — wheat and barley — and identified one notable candidate called EGT1. As roots grow, the researchers think that this gene causes increased stiffness in cell walls that line the root’s edge, making them less bendy when they enter the soil.

This feature is helpful for making strong and resilient roots. But the trade off is that by making roots less flexible as they grow, it restricts the angle of root growth. That’s a lost opportunity, because more flexible roots would be able to grow at steeper, almost vertical angles, enabling them to reach straight down and benefit from nutrients and water stored deeper in the soil, compared to roots that grow at more oblique angles.

The researchers made their discovery by exploring the architecture of underground crop roots using x-ray CT scanning technology. This revealed that those plants lacking the EGT1 gene showed unusual growing behavior: the roots of these plants uniformly grew at almost vertical angles, stretching deep into the ground. “Remarkably, the roots behave as if they are overly sensitive to gravity — they are unable to grow outwards from the plant, and instead grow straight down,” the researchers explain.

That was compared to wild-type plants which tended to curve out more to the left and right, thus expanding into more shallow soil.

When they compared the EGT1-free plants with wild-type varieties, the researchers also found that the growing roots were less stiff, which drew the connection between stiffness and the root’s ability to grow steeper, and deeper.

The discovery of these mutant plants could be used to tailor crops to specific growing conditions, and help adapt them to climate change. Compared to regular crops, deeper-rooted plants would be more resilient to drought — an increasing concern as temperatures rise globally — as they’re more able to seek out untapped water sources when surface layers dry out.

Deep roots can also maximize the use of nutrients further down in soil layers, especially helpful where soil fertility levels may be low. In the meantime, far-reaching roots can be a tool to reduce emissions, by locking down carbon in the stabler, deeper layers of soil.

Now, with these possibilities in mind, plant biologists can experiment further with gene-tweaking to develop “bespoke crop varieties”, the researchers say, equipping them to grow in a fast-changing world.