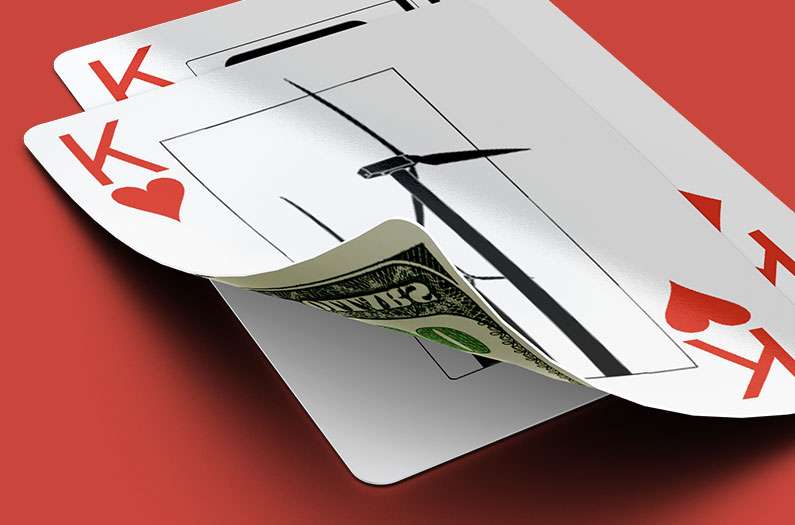 Can An Economy Grow Its Way Out of The Carbon Crisis?

We take a look at the evidence behind the Inflation Reduction Act big economic bet.
By Mark Harris
September 8, 2022

Economic growth—the continual increase in the size of a country’s economy—has become almost synonymous with progress. When growth is strong, a nation feels prosperous. When growth falters or reverses in times of recession, war or pandemic, politicians quake.

But economic growth has historically come with a matching carbon price-tag. The challenge for the modern world is to reconcile economists’ belief in the primacy of growth, with the planet’s ever-dwindling carbon budget.

The recent Inflation Reduction Act gives a multi-billion dollar boost to renewable energy, promising a brighter future where new technologies deliver economic growth and lower prices, without the climate consequences. But how realistic is that?

Prosperity Grows on Energy.
And The World Needs More of Both

1.  Energy ends poverty. All around the world, and through human history, energy use has increased in lockstep with economic growth. The more productive a society becomes, the more energy its economy demands. Since the Industrial Revolution, that energy has come from fossil fuels, and continues to lift billions out of poverty—with more than 140 million entering the global middle class every year.

2.  But we still live on a carbon planet. Even with some nations starting to get serious about transitioning to renewable energy, the planet remains highly reliant on coal, oil, and gas. Fossil fuels as a share of global energy production peaked at 68% in 2007, and have only declined to 62% last year. The evidence suggests carbon will be powering economic growth for decades to come.

1.  There is nothing inevitable about our society’s carbon use. The Inflation Reduction Act aims to boost America’s economy and rejigger USA society to run on renewables, with a broad package of incentives, spanning the economy from consumers to industry to government. If it succeeds, it could reduce US carbon emissions by 40% by 2030—although this won’t be easy.

2.  Unhitching progress from carbon. Some countries have already broken the link between economic growth and emissions—a process called decoupling. Over 30 countries have absolutely decoupled emissions from economic growth since 2005, reports the Breakthrough Institute. That is to say, their GDP increased even as their carbon emissions fell. The list includes both highly developed countries like Denmark and the UK, and up-and-comers like Romania and Jamaica.

3.  Perhaps energy efficiency can break the cycle. Even the connection between energy (regardless of its source) and growth is up for grabs. By embracing efficiency, Sweden’s GDP grew by over 50% since 1995, even as its energy use per capita declined by more than 10%. However, whether other countries—and particularly the rapidly growing and developing “global middle”—can emulate these achievements has yet to be proven. 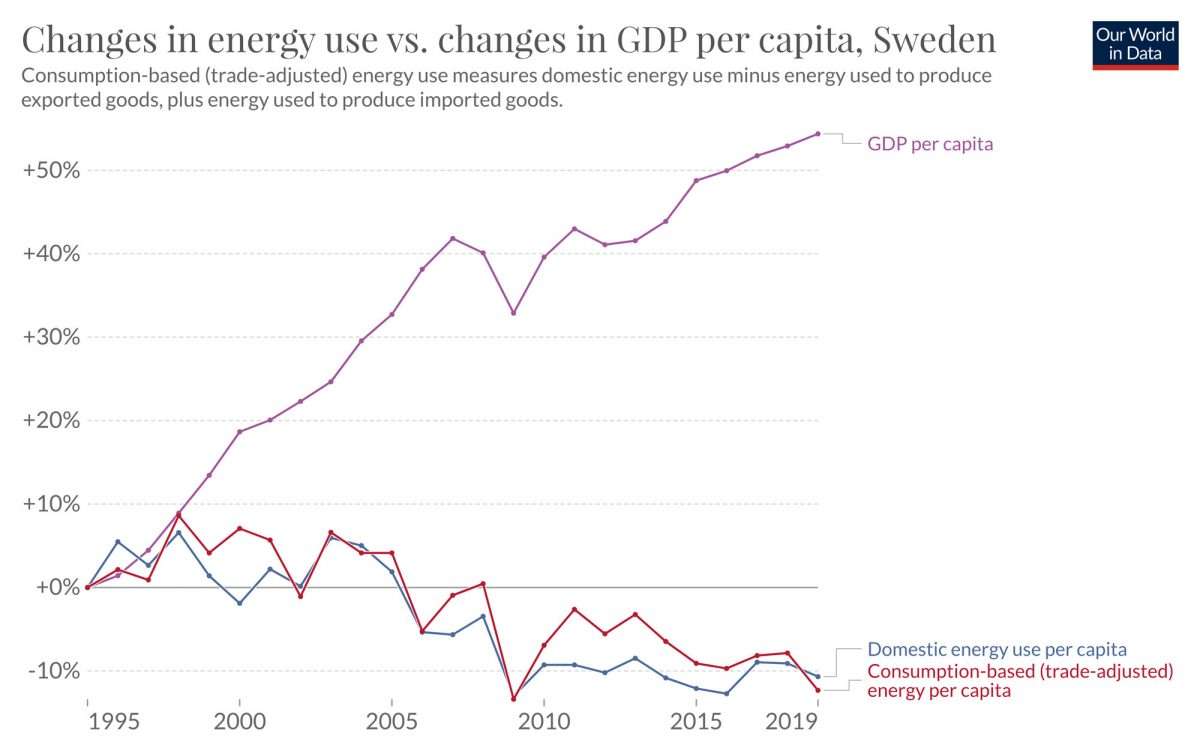 Source: Our World in Data based on BP; Shift Energy; UN Population & The World Bank. Note: Energy refers to primary energy, the energy input before the transformation to forms of energy for end-use (such as electricity or petrol for transport).

1. It’s an appealing idea… The “degrowth” movement suggests shrinking our economies rather than growing them, so that we use less of the world’s resources and put wellbeing ahead of profit. Jason Hickel of the University of London points out that planned degrowth is not at all like a destructive recession. “It seeks to scale down ecologically destructive and socially less necessary production (i.e. the production of SUVs, arms, beef, private transportation, advertising and planned obsolescence), while expanding socially important sectors like healthcare, education, care and conviviality,” he writes in a paper from 2020.

2.  But the evidence so far is scant. Andrew McAfee, research lead for MIT’s Tech for Good program, calls degrowth “the worst idea on the planet” in Wired. He believes in the environmental Kuznets curve (EKC): the idea that, as GDP per capita rises from a low level, so does environmental damage; but as affluence continues to increase, the harms level off and then decline. “The EKC is a direct refutation of a core idea of degrowth: that environmental harms must always rise as populations and economies do,” he writes.

1.  A snowball effect? The IRA sets the tone for broad, ambitious climate actions, such as California’s recent announcement about phasing out gas vehicles. Will other governments and countries now follow suit?

2.  Who gets the biggest payouts. The Roosevelt Institute says that tax credits tend to reproduce, not reduce, existing economic inequities, especially by race. This could mean that any growth benefits the richest individuals and companies, and that the IRA ends up simply swapping one problem for another.

3.  More evidence (or not) for degrowth. The accuracy of the environmental Kuznets curve is still in question. Some recent research has found the theory inconclusive, or true only for some developing countries. Economists and scientists will be closely watching countries that seem not to be following it, such as Mexico, Indonesia and South Africa. 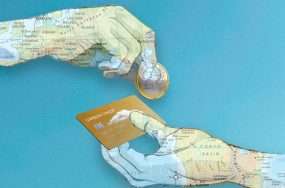