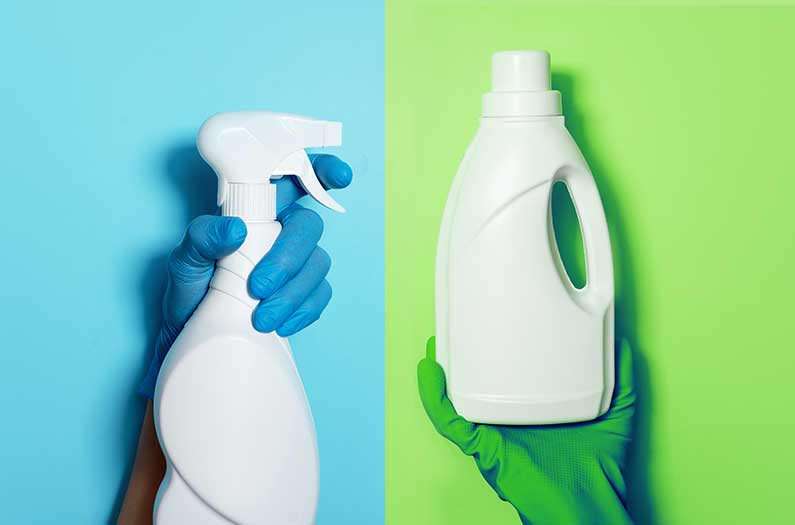 Laundry detergents were among the most toxic tested
By Sarah DeWeerdt
September 13, 2022

Many people assume that household cleaners and personal care products marketed as “green” are less harmful to the environment than conventional brands, and that these products quickly and easily break down to harmless by-products.

But in fact, there’s not much research on this. Corporate secrecy means product recipes don’t have to be disclosed, and “eco-friendly” claims are rarely independently verified.

In fact, some green products are equally or more toxic than their conventional equivalents, a new study shows. And when released into the environment they may become more toxic yet.

The researchers tested two conventional products and one “green” alternative in each of six categories: laundry detergent, dish detergent, mouthwash, insecticide, dishwasher gel, and all-purpose cleaner. All of the products are widely available to consumers in the United States and were purchased from Charleston, South Carolina grocery stores.

Both green and conventional products are toxic to grass shrimp and Daphnia, the researchers report in the journal Environmental Toxicology and Chemistry.

“Compared to other product categories, laundry detergents were among the most toxic [products] tested,” the researchers write. This may be because they contained surfactants (a class of chemical that makes up a substantial portion of commercial detergents) that are known to be more toxic than those found in the conventional laundry detergents, they suggest.

The researchers also exposed the grass shrimp to the various products after being broken down by bacteria, and the Daphnia to products that had been degraded by light. Again they found that the “green” products did not reliably break down into non-toxic forms. In some cases biodegradation or photodegradation even made green products more toxic than they had been in the first place.

“Green products were not necessarily less toxic before or after degradation treatments,” the researchers conclude. The findings highlight the need for more robust evaluation of products marketed as “green,” in terms of both their toxicity and degradability, the researchers say.