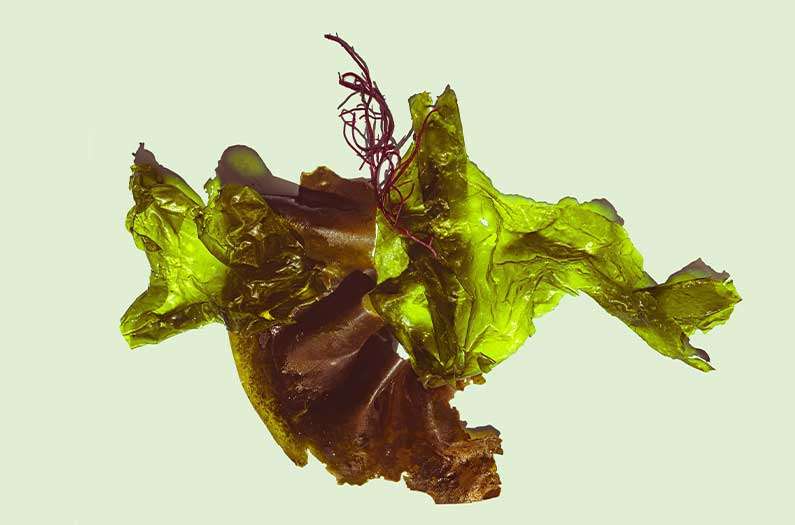 A new hybrid aquaculture system that nourishes edible seaweed with the waste from fish, can dramatically boost seaweed growth by 25% a day, amp up its nutritional value, and make algae more attractive to the food industry, new research shows.

These findings come as seaweed aquaculture is gaining increasing momentum: algae grows fast and efficiently, thanks to its ability to assimilate nutrients from the environment—which makes farming attractive, as resource inputs are low. Different seaweed species have also been shown to contain mineral values far higher than some vegetables grown on land, and so in the food industry there’s growing awareness of their value as nutritional additives.

Now the team of Israeli researchers have found a way to dial up these qualities in seaweed, with their two-phase terrestrial aquaculture system.

This structure raises gilthead sea bream fish at one end, and then pumps the ammonia, phosphate and carbon dioxide-rich fish waste from this tank through pipes and into separate tanks at the other end, where one of three Mediterranean seaweed species is cultured.

The researchers also applied varied growing conditions across the experimental tanks, changing the nutrient levels, amping up the salt levels of the water, exposing the growing seaweed to more or less sun, and also depriving them of nutrients. That’s because the conditions in which seaweed grows played a large role in the chemistry of the algae itself, which can change the nutrient profiles—and the researchers wanted to experiment with these effects.

What they found was that seaweed produced in the synergistic system was richer in protein than seaweeds grown without the benefit of enrichment from fish effluent. This increase occurred across species and was stark—with protein levels under the fish-to-seaweed flow system increasing by between 290 and 360% in the nutrient-bathed algae.

Seaweeds grown with this intensive nourishment also had higher growth rates, with their biomass increasing by an impressive 25% per day.

Meanwhile, seaweeds that were grown in more stressful conditions, with lower nutrient levels, high salinity and intensive light, were more deprived—yet, they amped up their starch production as a consequence of more photosynthesis. Where biomass was concerned, for some species these high sunlight conditions are more helpful than for others, whose growth was inhibited.

Similarly, the mineral levels in seaweeds could be dialed up or down, depending on the precise growing conditions and the sensitivities of individual algae species.

This aquaculture experiment proves that under controlled conditions—by tweaking nutrient, sunlight, and salinity levels, and tailoring these conditions to individual species—farmers would be able to fine-tune the nutritional qualities of seaweed, the researchers say. And the reason this matters is that it allows them to tailor and optimize their product to the different and expanding demands of the food industry—whether that’s for more protein-rich supplements to add to food products, or seaweeds rich in minerals to include in pharmaceuticals, or as whole food ingredients in diets.

Recommended Reading:
A kelp elevator could speed up seaweed’s route to biofuels

In fact, “through the technological approach we developed, a farm owner or entrepreneur will be able to plan in advance a production line of seaweed rich in the substances in which they are interested,” the researchers explain.

The wider importance is that this could help to really establish seaweeds as “superfood” ingredients in future diets, they believe—important because seaweeds produce a nutritional punch, with fewer environmental impacts than many other foods. With such high levels of production and as a rich source of protein and minerals, seaweed could be used to develop meat replacements for instance, or be applied as additives to directly enrich foods with specific nutrients, helping supplement the diets of people who may be food insecure.

There’s still lots to be explored, such as how other species beyond the three in the study will fare under these growing conditions. Another concern is the accumulation of heavy metals and other contaminants from fish effluents in seaweeds, which would need to be carefully monitored in such systems. The high energy costs of terrestrial aquaculture is another hurdle to overcome.

Importantly however, the findings lend support to the evolving idea of hybrid aquaculture systems that, instead of producing just one commercial fish species with often high impacts on the land and sea, form closed-loop nutrient systems that combine fish with seaweed and shellfish aquaculture—producing a diversity of food, with relatively limited inputs and area.

After all, to meet the food challenges of our future, conventional farming will have to change: “technologies of this type are undoubtedly a model for a better future for humanity,” the researchers say.

Image: Kier In Sight on Unsplash