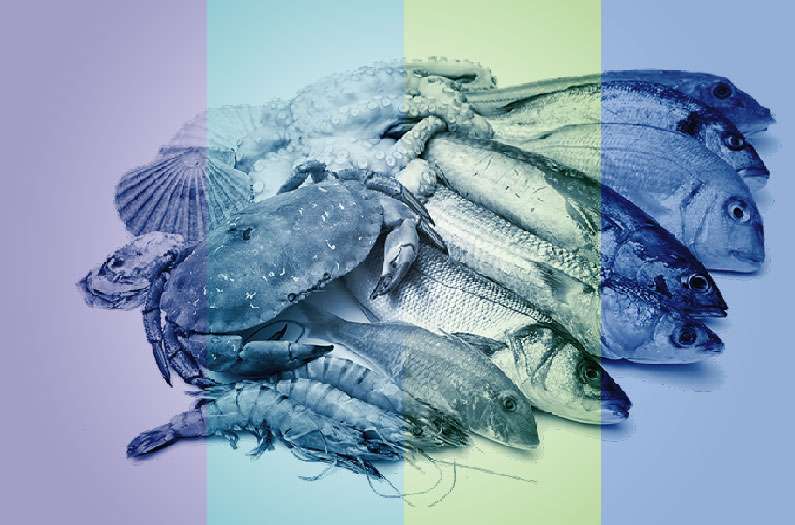 A new study finds that species with exceptionally high nutrient levels overlap with those associated with low carbon emissions—pointing toward a more sustainable diet.
By Emma Bryce
September 23, 2022

Calling all seafood lovers: to adopt a diet that’s low on emissions and good for your health, consider boosting your intake of oysters, anchovies, and salmon…but maybe avoid the shrimp.

These are the suggestions of a new study that compared the nutritional and emissions impact of different seafoods, homing in on a number of species, including bivalves and small pelagic forage fish, that would be a nutritional match for meat—while having impressively low emissions too.

Countries that consume diets heavy in beef, chicken, and pork will require a shift to more environmentally-sensitive foods to keep us in line with climate goals. But when it comes to dietary alternatives, fish have often been forgotten amid increasingly sophisticated plant-based protein substitutes, like pea protein burgers and soy chicken cutlets.

Where consumers are urged to replace red meat with fish, seafoods are often treated as a unit, without accounting for large differences in nutritional value and emissions impact between different types, the researchers on the new Nature Communications Earth & Environment study say. For instance, emissions output can be seriously influenced by how fish are caught, or if they’re farmed, what food they receive.

The new research seeks to plug this information gap, and in so doing, help encourage the more effective use of fish to move diets in a more sustainable direction.

The researchers compared 41 seafood species by tallying up each species’ nutritional density, along with its emissions impact. This created something like a scoreboard of most and least nutritious fish, which could then be measured up against their emissions output in each case.

The results broadly backed up results from previous research showing that on average, fish have a lower emissions footprint than other common sources of animal protein like beef and pork. Interestingly, the results also revealed that in 50% of the fish species surveyed, protein levels were higher than in beef, chicken, and pork.

These overall benefits of seafood can be boiled down to one striking comparison from the study: beef scores below the average nutritional value of seafood, but has a higher emissions footprint than any of the species that the authors surveyed.

However the study’s real interest lay in fish species where exceptionally high nutrient levels overlapped with low emissions, because these have the potential to reduce dietary impacts, without compromising on nutrition, the researchers reason.

Here, they identified wild-caught salmonid species including pink and sockeye salmon, smaller wild forage species including mackerel and anchovies, and farmed bivalves like mussels and oysters as those with the lowest greenhouse gas emissions per nutrient density ratio.

In fact, as the researchers calculate, these three groups represent “35% of the available nutrition density while only contributing 6% of production-related GHG emissions across all species assessed.”

And yet, even with these impressive credentials, these species are not the most consumed—far from it.

In fact, we catch vast amounts of the most nutritious and environmentally-sensitive forage species like anchovies, only to crush them and turn them into powdered feed for farm animals to fulfill our protein needs.

Meanwhile, some of the fish that appear most commonly on our plates—like pollock and hake, falling under the nondescript category of ‘whitefish’—have some of the lowest nutritional scores.

For further evidence of our misguided use of seafood, just consider octopus, squid, tuna, farmed and wild-caught shrimp: while these are some of the most desired and expensive seafood products, they also have among the largest emissions profiles, and frequently weighed in at the lower end of the nutritional scale, the researchers found.

Higher emissions were typically associated with wild-caught species that require a lot of fuel to catch—for instance, species captured using fuel-intensive long-distance fleets. The other driver of high emissions was how farmed species were fed—specifically, how much feed, energy, and filtration was required to raise species. For example, a species called the Amur catfish ranked high in emissions, while farmed mussels ranked low because they require such minimal inputs.

By distinguishing fish species by their nutritional benefits and emissions, the study helps identify action points for the future. Some of the lowest-hanging fruit would be to increase fuel use efficiency, and reduce energy inputs in aquaculture.

More difficult to accomplish but all the more important for it, would be to increase the consumption of lower-impact, more nutritious fish species in place of red meat, perhaps with the help of new dietary guidelines that support the consumption of particular species.

That would also require us to move away from deeply-embedded incentives and subsidies that currently encourage vessels to capture industrial quantities of forage fish just for animal feed—employing these incentives instead to encourage the more sustainable capture of forage species to directly feed humans.

With so many flashy meat alternatives on the market, we forget fish as one useful tool to steer our diets in the right direction, the researchers suggest. “While many hurdles need to be overcome, we have the potential to reshape seafood production and consumption towards species that optimize nutrition while minimizing climate emissions.”