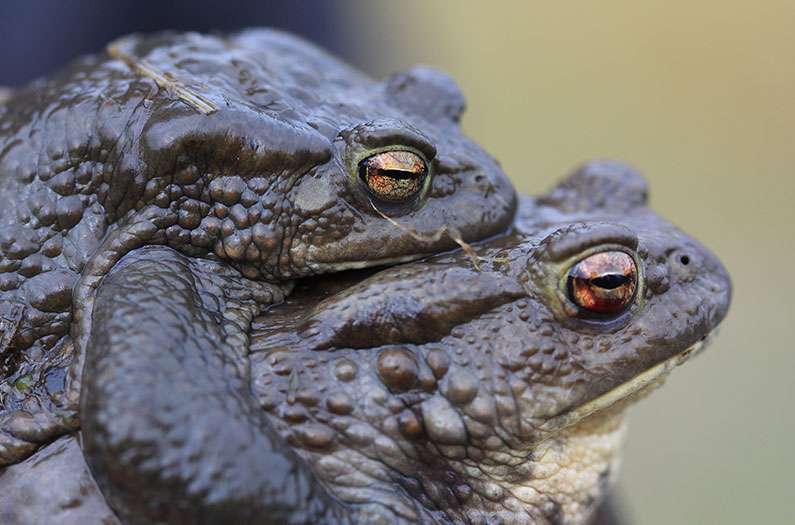 To help ailing amphibians, Swiss authorities built more than 400 ponds across a state half the size of Rhode Island. Over two decades, it worked.
By Warren Cornwall
October 12, 2022

People can go to extremes to try to save creatures from extinction. Drones and other gadgets track some animals’ every move. Generations of rare species are reared in captivity. Their sperm is frozen and stored for future emergencies. Entire islands are wiped clean of invasive species.

But sometimes, it’s the simple things that help. Like digging holes in the ground and filling them with water.

That’s what happened in the Swiss state of Aargau. In the 1990s the region embarked on a pond-building spree to help its ailing amphibians. Now, after collecting 20 years of data, scientists have returned with a verdict: It worked.

“Even if the negative reports about the loss of biodiversity can be overwhelming, our study shows that it is worthwhile to implement nature conservation measures and that populations can recover,” said Helen Moor, an ecologist at the Swiss Federal Institute for Forest, Snow and Landscape Research WSL. “Sooner or later, every newly created pond is valuable for amphibians.”

Amphibians could use a little bit of good news. More than 40% are at risk of extinction, according to the International Union for the Conservation of Nature, the largest percentage of any group of plants or animals. As creatures that live both in water and on land, they are vulnerable to loss of a variety of habitats, whether it’s drained wetlands, logged forests or paved migration routes. Their moist, permeable skin makes them particularly sensitive to chemical pollution. Then there is the deadly chytrid fungus, which is striking amphibians across multiple continents, driving some extinct.

The Swiss region of Aargau, a landscape of rolling farm fields, forests and small cities along Germany’s southern border, was no different in seeing a drop in amphibian numbers. What is different is that people there decided to do something about it on a large scale. Starting in 1991, they built more than 400 new ponds across the state, which covers 1,400 square kilometers, roughly half the size of Rhode Island.

While such a project makes intuitive sense—pond-loving frogs, toads and newts would surely increase with more ponds—species recovery efforts don’t always turn out as hoped. So scientists tracked the fate of 12 amphibian species in 856 ponds, nearly half of which were recently built.

Now, after counting frogs for more than two decades, scientists say the ponds appeared to provide a sizeable benefit. Ten of the 12 species increased in numbers in the state, while another held stable over that time, according to a study that appeared Monday in the Proceedings of the National Academy of Sciences.

“We were amazed at the clear result,” says Moor. “Particularly in view of the fact that the other threats have not decreased in the meantime.”

The scientists suspect there are a few reasons why the additional ponds helped. More ponds means more places for species to meet and lay eggs. The new ponds offered fresh space for some amphibians that prefer ponds with less vegetation. And the higher concentration of ponds made it easier to move from one pond to another, particularly for species such as newts that travel just a few hundred meters.

Not all amphibians benefitted equally. Different frogs prefer different kinds of ponds. For instance, the natterjack toad, named for the loud, rasping call males make during spring mating season, lives in large, shallow ponds where there are frequent dry periods. The shortage of such ponds might explain why this is the one of the dozen amphibians that didn’t fare well.

The pond program might also need to continue to maintain this early success. The researchers noted that because some species thrive in ponds with less vegetation, people will either need to keep building new ponds or “reset” existing ones.

Still, the overall message is that more ponds are better. “No effort in pond construction is really wasted,” the researchers wrote. “Some species will benefit.”

Or, to paraphrase Kevin Costner in the movie Bull Durham: “Build it and they will come.”