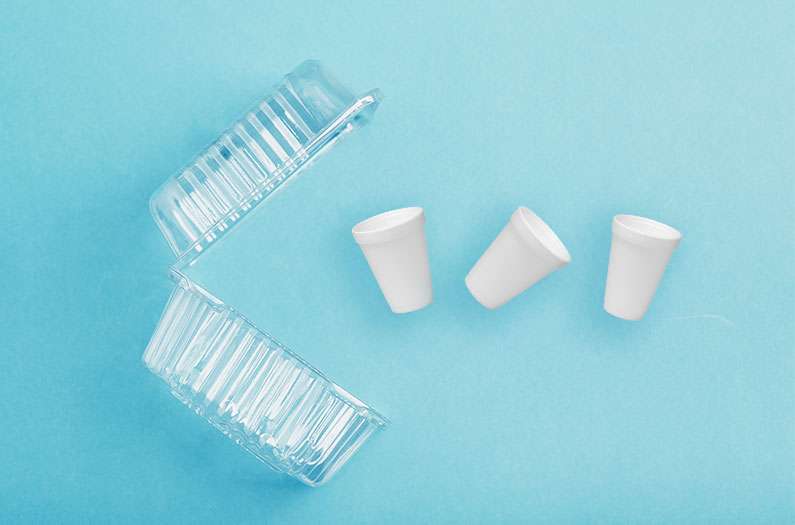 Engineered microbes can take a bite out of plastic waste

A chief reason is that while each of these products falls under the heading of “plastic,” unlike paper or aluminum, plastics are an entire universe of different polymers. Each is custom-made for a particular use. Not all of them break down in the same way or into the same smaller building blocks.

Hence, the maddening system of numbers designating which plastics are the same. How many of us have stood, empty take-out container in hand, wracking our brains: “Wait, do they take number 6 here, or not?” Sigh.

Now imagine the recycling companies that need to segregate all those soda bottles and grocery bags before they can do anything with them. Is it any wonder that just 5% of plastics are recycled in the United States?

For those trying to make it easier to recycle plastic, one holy grail has been finding a way to turn a jumble of different plastics into a single material which can then be reused. Now, a team of U.S. scientists have taken an important step in that quest by harnessing a combination of chemical magic and genetically engineered microbes.

“This is a potential entry point into processing plastics that cannot be recycled at all today,” said Gregg Beckham, a chemical engineer at the U.S. Department of Energy’s National Renewable Energy Laboratory (NREL), and head of the consortium that created the new technique.

Researchers have been trying for years to use chemical baths or microbes to break down tough plastic polymers that can last for centuries in nature. But each approach has its drawbacks.

Chemical catalysts can work quickly, but it’s hard to get them to turn a mix of plastics into a single uniform product. The result is a chemical soup, something not terribly appealing for making new materials from recycled plastic.

Some microbes, meanwhile, have shown an appetite for plastics, and genetically engineered versions can target specific plastics to produce certain molecules as they metabolize the polymers. But the bacteria work slowly and struggle against more durable plastics, two major problems if this kind of recycling is going to take a bite out of the tsunami of plastic trash.

Beckham and his team tackled these weaknesses by combining the two approaches. First, they poured a chemical catalyst on a mixture of three kinds of plastic: polystyrene, used to make Styrofoam;  polyethylene terephthalate, or PET, found in disposable water bottles and polyester clothing; and high-density polyethylene, or HDPE, made into products such as milk jugs. For those of you keeping score, that would be recycling numbers 6, 1 and 2.

“The chemical catalysis process we have used is just a way of accelerating that process that occurs naturally, so instead of degrading over several hundred years, you can break down these plastics in hours or minutes,” said Kevin Sullivan, a postdoctoral researcher at NREL.

They fed the mixture to a custom-made version of Pseudomonas putida, a soil bacterium that has a penchant for chowing on such unsavory petroleum-based chemicals as toluene. It also has an unusual legal pedigree as the first patented living organism, a step endorsed in the landmark U.S. Supreme Court decision Diamond v. Chakrabarty.

In this case, “we take DNA from nature—usually other microbes—and paste it into Pseudomonas putida’s genome,” said Allison Werner, a biological engineer at NREL and co-author of the paper. Werner and others could tweak the bacteria, to metabolize this molecular stew into either polyhydroxyalkanoates or beta-ketoadipate, which can be used to build new plastics.

In the end, the combination of chemicals and bacteria turned as much as 23% of the mixed plastic waste into reusable molecules, the researchers reported Oct. 13 in Science.

The work is an innovative combination of two different strategies for breaking down plastic, said Ning Yan, a chemical engineer at the National University of Singapore who is separately researching how to recycle mixed plastics. “I really like the concept,” he said. “People haven’t done it before.”

While the approach works in a lab, that’s no guarantee it will eventually be used on a commercial scale. The economics can be tricky. Some bacteria can be coaxed to create valuable molecules sought in fields such as pharmaceuticals. But they are used in relatively small quantities, said Yan. On the other hand, it could be hard to make money building less-valuable molecules in large quantities, especially when competing against molecules derived straight from fossil fuels.

“Technology-wise, I don’t have doubts,” said Yan. “Whether it can be economically viable or not it needs more substantial data.”

Image based on: Przemyslaw Klos | Dreamstime.com