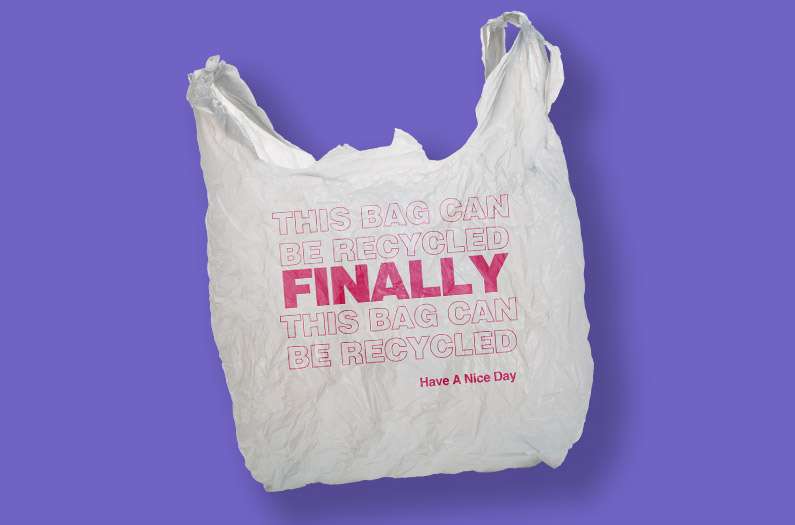 We need a better way to recycle a notorious plastic. This chemical breakthrough could be it.

We have all seen them: plastic bags and bottles floating in water, flying in the wind, littering beaches and meadows. Lightweight and sturdy, they make it far and wide, choking and entangling wildlife, and breaking down into tiny toxic particles over time.

Yet options to recycle them are limited. But now, scientists have come up with a technique to break down plastic bags and bottles into raw materials for other commercially important plastics and chemicals. The advance, reported in the journal Science, could offer a path to “convert the largest amount of plastic waste to a huge chemical feedstock,” said chemist John F. Hartwig at the University of California, Berkeley.

Plastic packaging is typically made of polyethylene, the most widely used plastic: the world produces over 100 million metric tons every year. Strong and easy to make, it is also notoriously difficult to break apart. So waste polyethylene is usually melted and converted into low-value products like decking and yard furniture.

Newer chemical recycling methods offer a way to break carbon bonds in plastics and reduce them to their basic molecular building blocks. These blocks can then be strung together to make other chemicals and plastics that are typically made from fossil sources. Polyethylene, however, is composed of unusually strong carbon–carbon bonds that are hard to break.

To sever these bonds, Hartwig and his colleagues came up with a clever trick that involves a string of metal catalysts. They first break two carbon–hydrogen bonds in polyethylene using an iridium catalyst, platinum-tin, and platinum-zinc catalyst.

This removes the hydrogen molecules and creates carbon–carbon double bonds. The double bonds are weaker than the original single bonds. With another chemical reaction aided by two other catalysts, the team could then unravel the plastic. “A few people had looked at that process, but nobody had achieved it on a true polymer,” Hartwig said.

In the end, 80 percent of the polyethylene is broken down into propylene, an important feedstock used to make the plastic polypropylene, as well as various solvents, adhesives, and coatings. The researchers demonstrated that the process works with different waste products, including milk jugs, shampoo bottles, and produce bags.

Turning polyethylene into valuable, high-demand propylene could help to keep plastic litter out of landfills and the environment. And it would reduce the need for new fossil sources to make propylene, the researchers say.