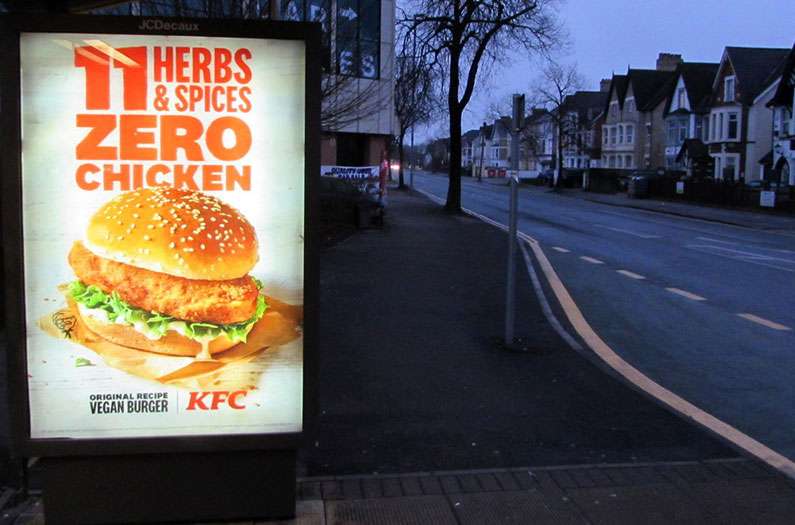 A huge new study spanning 30 years, drilled down into the nuanced relationship between food, health, and environment and found some surprising results.
By Emma Bryce
November 18, 2022

Meat-heavy diets are deleterious for human health and the environment—a fact that’s now been established by many studies. But new research reveals that there can also be large differences in the health and planetary effects of plant-based diets.

Several studies have paired up the health and environmental impacts of national diets to home in on foods that score well on both fronts. But the new Lancet Planetary Health research provides uniquely concrete insights on the issue, because it draws on real dietary records from a massive national survey of over 90,000 American nurses, whose diets and health were then tracked for almost 30 years.

Starting in 1991, the survey data tracked participants’ self-reported consumption patterns, as well as health outcomes—for instance, the incidence of cardiovascular disease. Taking that survey data, the researchers then applied two standard dietary metrics to rank the health of each individual diet according to the foods they contained.

One of these metrics applied to the overall diet, while the other focused specifically on the plant-based components. This second metric ranked diets’ relative health according to the share of specific types of plant-based foods they contained. For instance, a higher share of healthy fruits and vegetables would give that diet a healthier overall score. Diets packed with sugar-sweetened beverages and refined plant-based ingredients, however, scored lower for health.

Braided together, the combined datasets revealed that participant diets ranked as ‘unhealthy’ by the metrics were also linked to higher risks of coronary heart disease and type 2 diabetes, among other ailments, in the real reported outcomes of the nurses. The opposite was true for diets that fell into the ‘healthy’ categories, where real health outcomes across this subset of the 65,000 participants were more positive. This draws the correlation between diet and health.

When the researchers factored in environmental impacts, those tracked closely with these overall trends too. Where the metrics judged diets as ‘healthier’ across this huge real-life dataset, on average they also carried lower greenhouse gas emissions, used up less cropland, were less water-intensive, and required less fertilizer. What’s healthier for humans is also better for the planet, and vice versa it seems.

What was perhaps surprising, was that this distinction was evident in plant-based diets, too. It’s easy to see the connections between poor human and environmental health with products like red meat and dairy. Meanwhile most people assume that all plant-based foods are a win-win for both.

But drilling down into the nuances revealed a different picture, with some surprisingly variable impacts across food types—such as farmed vegetables which promote human health but which have a large water footprint, in fact four times that of fruit. Fruit juices, meanwhile, had a surprisingly large greenhouse gas footprint—almost as large as fish—when compared to other foods. Sugar-sweetened beverages were linked to significant amounts of fertilizer use, more than potatoes, legumes and nuts. Similarly, whole grains needed large amounts of fertilizer, sitting just a couple of notches below the fertilizer footprint of dairy farming.

Clearly, individual plant-based foods can have highly variable environmental impacts. What’s more, the researchers found that plant-based foods that required more cropland and fertilizer to grow were typically the least-healthy of the plant-based diets (those that may be high in processed foods and sugar, for instance) and were associated with higher cardiovascular disease risk.

Such findings may be useful to guide choices as more people switch to vegetarian and vegan diets, some of which put a premium on processed foods that contain unhealthy levels of salt, sugar and fat that may additionally not be optimal for the environment.

It is important to recognize that any plant-rich diet will still fall miles below the footprint of diets rich in dairy and meat. And in most cases, the healthiness of plant-based foods still tracks with lower environmental impacts overall. So our general intuition for what constitutes a healthy diet is still relevant.

Yet, more closely inspecting these relationships between food, health, and environment could help us fine-tune dietary guidelines to maximize the benefits of all food choices, whatever our dietary preferences are, the researchers say.

Ultimately, human health is dependent on planetary health—and adopting more plant-based foods puts us on a promising path. But to really get it right, they add, we should acknowledge that “not all plant-based diets confer the same health and environmental benefits.