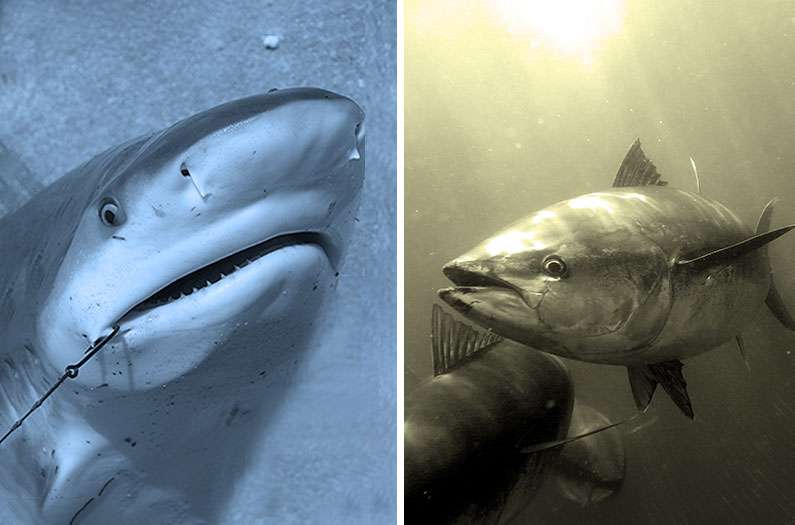 For decades, the largest predatory fish in the oceans have been pursued to the brink of extinction by a still more lethal predator—humans.

Now, the diverging fates of different fish offers a lesson in what can help reverse the damage. The upshot: Regulations, even on the vast reaches of the open ocean, make a difference.

Around the world, populations of tuna, swordfish and marlin have begun to recover as fishing limits set by multinational organizations take hold, according to new research. That contrasts with the continued decline of shark species, which are more lightly regulated.

“While target species such as tunas and billfishes are increasingly managed at sustainable levels, shark species taken as bycatch by the same fisheries continue to decline due to insufficient management actions,” said Maria José Juan-Jordá, an expert on tuna fisheries management at the Spanish marine research center AZTI. “Unless these are urgently implemented, their risk of extinction will continue to increase.”

The high seas have a “Wild West” reputation because they lie beyond the reach of national laws and because it’s hard to police such enormous seascapes. The size of the oceans and the challenge of seeing what’s happening below the surface also makes it difficult to gauge how species are faring in the face of industrial-scale fishing.

Scientists at AZTI, including Juan-Jordá, teamed up with colleagues at Canada’s Simon Fraser University to find a new way to illuminate what’s happening to key fish species at any point in time. Such an approach could serve as a tool to quickly alert policymakers when fishing pressure is pushing species to the brink.

The International Union for Conservation of Nature (IUCN) already maintains a “Red List” that serves as a widely recognized rating system for endangered species around the world.

But the status of individual species isn’t updated every year, potentially creating a delay in knowing whether things are getting better or worse.

So, the scientists created their own Red List for these predatory ocean-going fish, one that gives a new snapshot every year. To do that, they tapped into decades of fish population data collected by five regional commissions created to oversee global tuna fisheries.

They combined that information with a key benchmark that the IUCN uses for its Red List rankings: Whether enough of a species is surviving that it can reproduce and sustain current population levels.

It’s not as simple as adding a few numbers. The scientists used computer models to extend catch data to cover entire fish populations, to fill in data gaps and to estimate how the number of fish being caught compared to their ability to reproduce.

The findings delivered both good news and bad. For tuna – a fish prized for its large size and rich meat – the last decade witnessed a welcome turnaround. After steadily declining since the 1960s, their populations started bouncing back around 2008 as international fishing limits were tightened, the scientists reported Nov. 11 in Science. So-called billfish, such as pointy-beaked swordfish and marlins, have experienced a similar change in fortune.

The results show that changes in fishing management can directly—and relatively quickly—influence the overall health of large predatory fish species. “The global trajectory of changes in extinction risk in oceanic predatory fishes is highly sensitive and responds directly to fishing mortality,” said Juan-Jordá.

While tuna and billfish catches are regulated by the regional commissions, shark fishing receives less attention. In many cases, the number of sharks being caught isn’t limited because they are hooked accidentally by people fishing for tuna, a phenomenon known as bycatch.

When it comes to sharks, “if we don’t do anything to mitigate overfishing and lack of effective management, the loss of these species threatens the balance of ecosystems,” said Nicky Dulvy, a Simon Fraser scientist involved in the research

The researchers hope their approach could serve as an indicator of ocean biodiversity more broadly, since these fish sit at the top of the food chain, swim in waters around the world and are counted regularly thanks to the commercial fisheries. If that’s the case, the doctor’s verdict now might read something like this: Shows signs of improvement. Still at risk of serious complications.