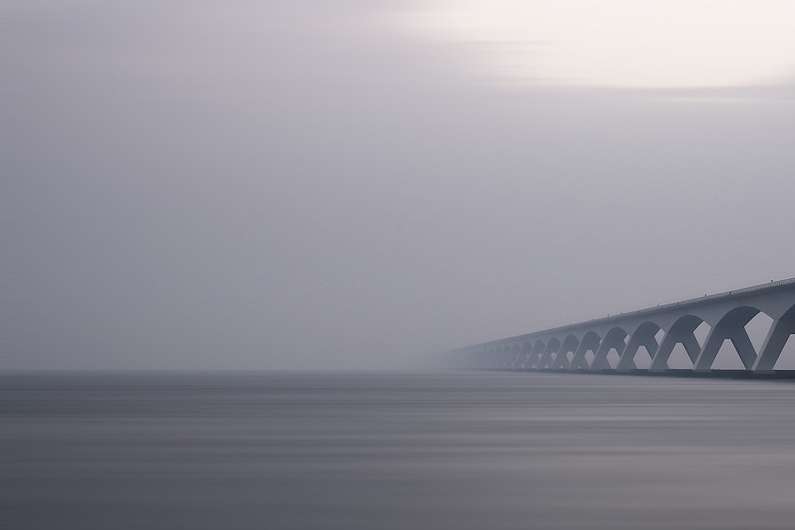 A massive supply of fresh water exists as vapor above oceans. Scientists have an idea to tap it.

Desalinating the oceans is energy-hungry business, so why not economically and sustainably capture the water vapor floating above the oceans with cruise ship-sized structures?
By Prachi Patel
December 8, 2022

The air above oceans is usually heavy with moisture rising up from the waters below as the sun warms their surface. In a new study, researchers propose a way to tap into this boundless source of freshwater.

Collecting oceanic water vapor using appropriately engineered structures could provide the needs of several large population centers across the globe, they report in the journal Scientific Reports. And it would be sustainable under a warming climate as potable water needs increase for the world’s increasing population.

Over one billion people already lack access to safe drinking water around the world, and climate change will keep increasing this shortage. Removing salt from seawater is one option to produce drinking water. But desalination is energy-intensive and expensive, so it has been relegated mostly to richer countries. Plus, the concentrated brine it produces causes environmental damage and is costly to dispose.

Praveen Kumar, a civil and environmental engineering professor at the University of Illinois Urbana Champaign and his colleagues wanted to develop an approach to “tap into the oceanic sources of water in an economically viable and environmentally friendly manner.”

They propose capturing oceanic moisture via towering structures a few kilometers offshore, and piping it onshore where it is condensed to give freshwater. The concept mimics the natural water cycle. In the natural version, moisture rises to form clouds which are driven by air currents to land, where they shed the water vapor as rain. “The difference is that we can guide where the evaporated water from the ocean goes,” said Francina Dominguez, a co-author of the paper, in a press release. 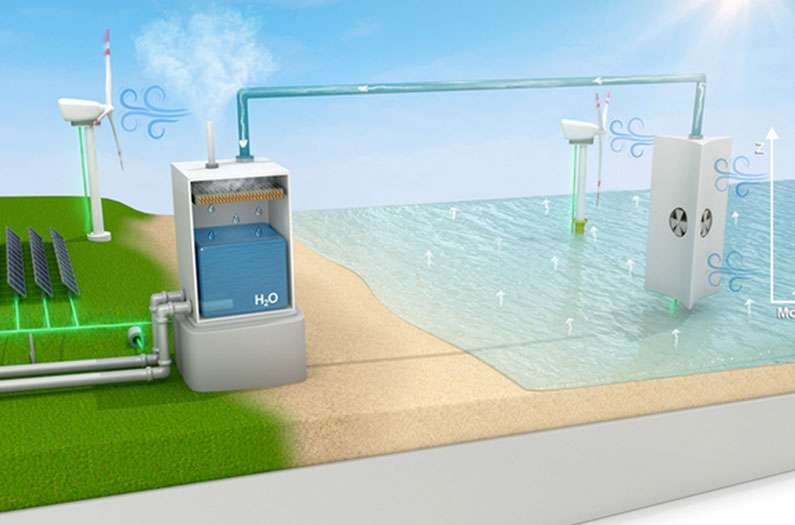 Schematic of the concept to capture oceanic water vapor. Courtesy of Praveen Kumar and Scientific Reports.

To test if the concept would provide enough atmospheric moisture to be practical, the team analyzed the amount of moisture available at 14 different locations around the globe. They used data over a 30-year period from the year 1990 to 2019.

Then they assessed how structures that are about 210 meters wide and 100 meters tall, roughly the size of a large cruise ship, would fare at these locations. Their calculations show that the concept would extract enough moisture to meet the daily needs of around 500,000 people on average.

Several water-stressed regions around the world could benefit from trapping water vapor above the oceans, they concluded. As a bonus, the maximum amount of water is available during the warmer periods of the year when human water demand is also the highest.

Image by Pexels from Pixabay

Recommended Reading:
An ingenious off-grid water purifier inspired by pufferfish runs on nothing but sunlight