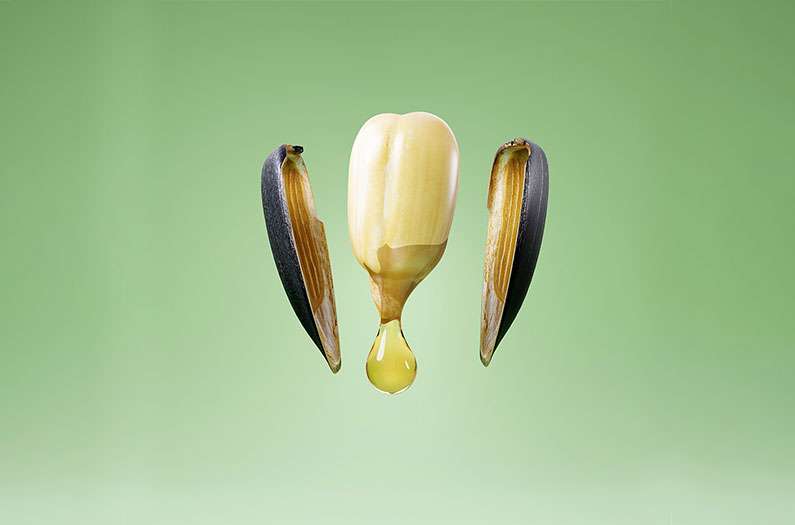 The secret to helping plants store more oil in their seeds, the team found, is a protein called WRINKLED1.
By Emma Bryce
December 16, 2022

Scientists have cracked a genetic code that enables oil-producing crops like soybeans and peanuts to produce even more oil—a potential boon for human diets that could also take some pressure off the land.

Our modern human diets incorporate lots of oily seed plants like rapeseed, oil palm, soybeans and peanuts, which have become important sources of protein, cooking oil and food additives among other things. They’re also indirectly important as feedstock for livestock, and crucial in many other industries that use these fatty products for the production of consumer goods, and even biofuel.

Our lives have become inextricably wound up with these crops, but consequently their environmental footprint is expanding. That’s worrying because some, like soybeans, happen to grow best in tropical landscapes where they bring a high risk of deforestation.

But the researchers’ discovery, published in Science Advances, could make these globally-vital crops produce more and therefore need less land, which would be a huge boon for the environments where they grow.

The key, they found, is in a protein called WRINKLED1, or WRI1. It’s already known that this protein helps to control the amount of oil that plant seeds produce. It’s also known that it does this by binding to the plant’s DNA, which “sets off a specific chain of instructions that regulates the accumulation of oils,” the researchers explained.

From previous research they also had reason to suspect that the amount of oils produced in seeds had something to do with how strongly WRI1 binds to the DNA. So they set about to see if they could make proteins that could hitch themselves more tightly to the DNA.

Taking a big technological step, they were able to map out and image the full molecular structure of WRI1, taking note of the sections that bind to DNA. The researchers then modified these sections to make them bind more strongly.

Recommended Reading:
To feed the world and protect nature, should we share agricultural land or spare wild habitat?

With this they created multiple versions of WRI1 that they could test for their oil-yielding properties by breeding them into plants.

The experiments showed firstly that in the modified proteins, DNA-binding was 10 times stronger. More striking though, was that in actual test plants that contained the modified protein, the bioengineered seeds had more oil—around 15 – 18 % more—compared to unmodified plants. The trait is heritable too, and the plant progeny carried the same oil-producing traits.

One exciting element of this discovery is that the binding portions of WRI1 are what the researchers describe as “highly conserved” across many oil-producing seed plants, meaning the same features appear in different species.

This means the researchers could potentially manipulate this trait across other crops, improving oil yields in many plants—possibly also those of large production and commercial value like soybeans and oil palm.

The impact could be quite profound. If put to use with sustainability in mind, the higher yielding crops could also be a way to produce more food on less land—reigning in farms and slowing the destruction of wild lands in places where it matters most for biodiversity and carbon sequestration. More productive plants with a higher nutritional value could also boost food security for the direct food uses of plant oils—“an essential objective to meet the increasing demand for vegetable oil globally,” the researchers write.

However there’s still a lot of ground to cover before this laboratory research reaches the field. In the meantime, the researchers are trying to accelerate the process by applying for a patent to commercialize their technology and get it into plants.

Doing more with less will become more and more crucial in agriculture, as viable farmland shrinks and conserving wild habitat becomes more important. Hopefully technologies like these will set us on that path.