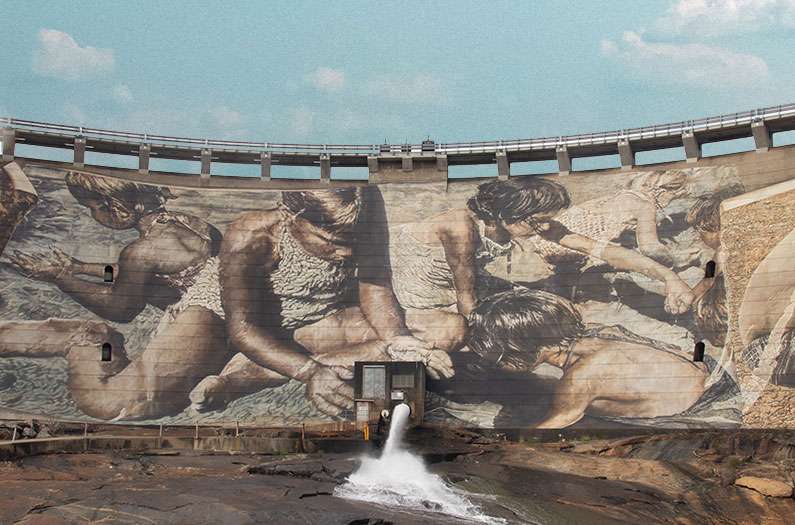 Sustainable agriculture has a dam dilemma

Water storage is key to feeding an extra 1.15 billion people. But mega dams, say researchers, are a last resort.
By Emma Bryce
December 9, 2022

Dams aren’t generally known for their environmental credentials. But a new study suggests that they could play a role in boosting food security—helping feed 1.15 billion more people by shoring up crucial water reserves that can grow more food.

However, we’d need to proceed with extreme caution in building any new infrastructure, the researchers warn.

Large swathes of agriculture around the world relies on precarious water reserves. Some of it depends on wholly unreliable rainfall, while other crops are fed by non-renewable freshwater sources.

The irony is that the hydrological cycle actually generates a huge amount of surface water and groundwater that’s going unused while these crops suffer, or undermine delicate water sources. This excess can also be extracted sustainably—in other words, without depleting these reserves—to water thirsty crops.

The question is how to capture this abundance. That’s where dams come in.

The researchers looked at the volume of renewable freshwater available globally, and then estimated how many more people this sustainably-sourced freshwater could feed, if it was made available to irrigate crops. Then, they examined the potential of current and future planned dams—looking at 3,700 potential dam sites across the globe—to store this excess water, so it could be controlled and dispensed where and when it’s needed most.

Around 719 million of those would be fed through expanded irrigation on already-irrigated lands. The remaining 431 million, meanwhile, would be nourished through more steady irrigation to currently rain-fed lands, where crop production usually fluctuates depending on variable rainfall: here, a steady supply could significantly boost the production of crops.

For instance, in the Niger Basin in west Africa, storage-fed irrigation currently feeds just 1 million people. But if the capture and storage of renewable water was increased in line with actual availability and the support of reservoirs, an additional 33 million people could be fed—mainly by bringing a steady supply of water to rain-fed lands, where it could boost crop production.

On irrigated lands alone, the researchers calculated that 149 km3 per year of sustainable freshwater could be tapped for increased food production there—yet this water is currently unreachable: “The storage deficit could be closed if future dams are designed and operated for irrigation and if irrigation efficiency is increased,” the researchers say.

However, there are big caveats to these findings. Current dams used for hydropower for instance, could be better-managed and used to store additional freshwater resources: the study’s numbers reveal the clear potential there. But on the question of dam expansion, we must tread carefully, the researchers say.

New dam projects could be hugely beneficial to support agriculture in a changing world, but history shows us that this grey infrastructure also brings huge social and environmental harms—the destruction of ecosystems, land rights, and homes, to name a few.

Really, the study’s main takeaway is the significant potential of water storage to boost crops, but that doesn’t have to mean megadams, the researchers explain. “Large dams are probably the most common, but not the only scalable solution to support storage-fed irrigation.”

Perhaps the storage could be plugged using a more hybrid approach, such as smaller, lower-impact reservoirs spread across the landscape, while fostering healthier ecosystems could improve filtration and shore up underground reserves.

Water storage isn’t a silver bullet either: it needs to be paired with improved agricultural practices, and perhaps even with crops designed for drought tolerance, too.

“Amongst all supply and demand side options to increase food and water security, building more dams should be the last resort, the researchers conclude.